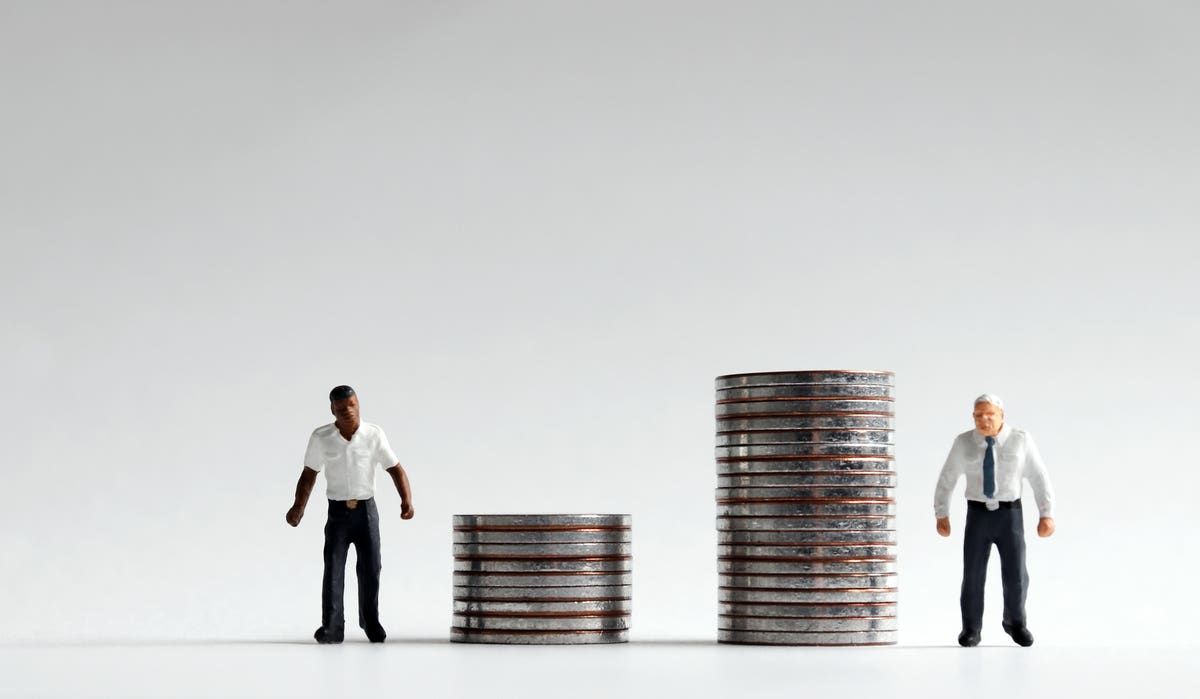 Wealth inequality by race remains staggeringly high, but it has gradually declined throughout the pandemic. This is different from the experience of the Great Recession, when after 2007 the disparity between Black and Latino households, on the one hand, and White households, on the other hand, widened. But, this difference is also no cause for celebration. Wealth inequality remains high and most Black and Latino households did not see any wealth gains, while most White households did.

Households save money or build wealth to have a buffer in case of an emergency, to supplement their Social Security benefits in retirement and to invest in their own future through education, starting a business or moving if new and better opportunities arise. Yet, time and time again, wealth has historically been very unequally distributed by race and ethnicity. Calculations based on Federal Reserve data show that Black households on average owned $340,599 and Latino households owned $323,682 – or almost one million dollars less, compared to White households’ average $1.3 million in September 2022. White households on average had about four times as much wealth as either Black or Latino households had (see figure below).

A lot of research has documented that these wealth gaps follow from widespread structural barriers that many households of color face and from intergenerational advantages – gifts, inheritances, social networks and others – that White households have historically enjoyed and still enjoy. It is thus not surprising that the racial wealth gap has persisted for decades, centuries even. The current wealth gaps by race and ethnicity are in fact larger than they were in the 1990s, for example (see figure below).

A shrinking wealth gap is more desirable than a widening wealth gap, assuming people of color’s wealth is growing faster, rather than declining more slowly, than that of White households. But, there is a lot more to this story than that.

Most importantly, the wealth gap is still massive and it will take targeted, large wealth transfers such as reparations for Black households to ultimately eliminate it. The current wealth gap is larger than it was in the 1990s, even after shrinking for two years (see figure above). It would also take one hundred years to eliminate the gap without such policy steps, assuming that the wealth continues to shrink at the pace of the past two and half years. A small dent in widespread racial wealth differences does not constitute racial equality.

Debt is the other side of the ledger, offsetting assets. Unlike housing and stock ownership, the likelihood of owing debt does not vary much by race and ethnicity. A little more than 80% of White households and closer to 70% of Black and Latino households owe debt in some form. Black and Latino households typically owe more costly debt such as credit cards, car loans and student loans than White households. After all, they do not own a house and thus do not have access to mortgages and home equity lines that often carry lower interest rates.

These data suggest that the median racial wealth gap possibly did not shrink as much as the average wealth gap. The wealth gains that contributed to a declining average racial wealth gap were concentrated among a minority of Black and Latino households, while they were more evenly distributed among White households. The bottom line is that the racial wealth is still and has remained stubbornly large and will stay that way unless policymakers at the federal, state and local level step up.

Jim Chanos: Bear market is doing something unheard of in my career
Cryptocurrency Was Sold To State And Local Pensions As ESG
Spotify shares pop 10% on strong user growth
Tourism is roaring back in China. But the $6 trillion consumer market is digging itself out of a deep slump
Britain sets out plans to regulate crypto industry in wake of FTX collapse