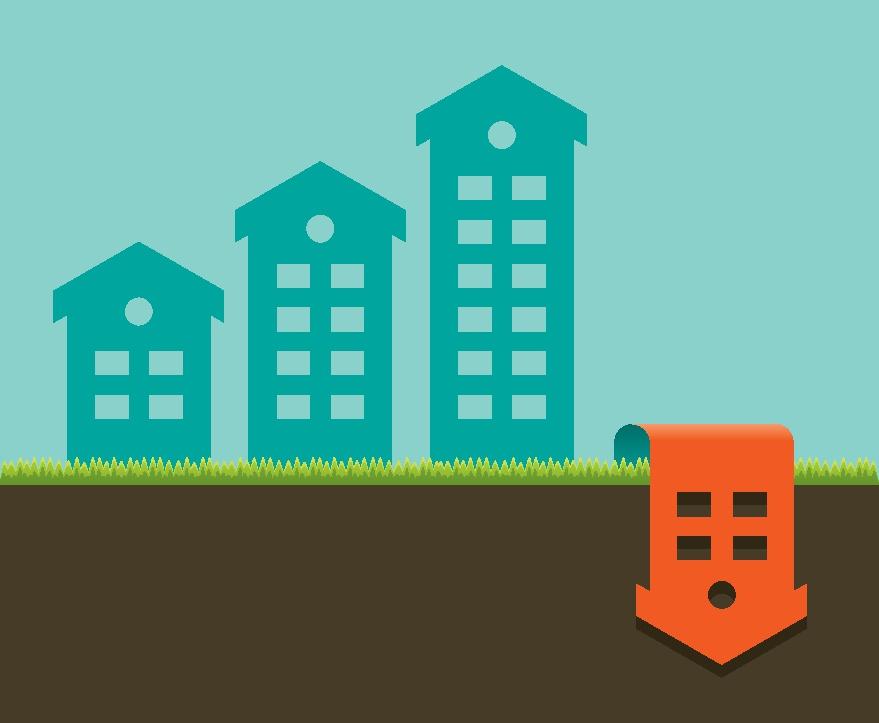 On June 2021 I wrote a post here titled “3 Reasons Why The Real Estate Boom Is Not A Bubble.” At the time, a lingering deficit of housing units was pushing up housing prices but the combination of low rates, healthy savings and strong income made it still quite affordable to buy a home. The Federal Reserve Bank of Atlanta agrees: According to a recent article, affordability was pretty high when the article came out. But oh my, how times have changed.

The affordability index fell precipitously from those good times to the lowest value since before the Financial Crisis. According to the Atlanta Fed, the decline was (and still is) driven mainly by higher prices and much more expensive mortgages. These factors also affect homeowners who bought or refinanced their homes over the past few years at historically low rates: They are stuck, because moving to a new home will require in many cases much higher mortgage payments. This, in turn, contributes to the shortage of existing homes offered for sale.

Both existing and new home sales slumped. National Association of Realtors data shows that existing home sales fell from a peak of 6.5MM annual units in early 2022 to about 4.1MM units, or about the same as during the worst point of the pandemic, and they are heading lower. It is similar to the decline in new home sales, which in July 2022 reached the lowest level since March 2016.

Conditions are unlikely to change much, since mortgage rates will stay high as long as the Fed remains determined to keep interest rates high to fight inflation. This means that sales will slow even further unless there is a price adjustment. This is affecting the construction industry, which had cranked up production in response to higher prices but now finds it more difficult to sell their newly built homes.

What makes it even worse for homebuilders is that, according to the Atlanta Fed data, a lot more is still under construction, adding to the pipeline of new homes coming to market.

The growing housing glut is confirmed by other measures, such as the number of housing units in the U.S. as a percentage of population. That percentage hit a peak during the construction frenzy driven by the housing bubble of the mid-2000s, which took several years to adjust. But, when prices recovered and sales boomed, new construction kicked in and drove that percentage even higher.

And this brings me back to the point I made earlier: With a lot of new inventory, even more coming out and affordability at a low point, home prices will have to adjust or sales will continue to fall. This may not necessarily be a serious problem for existing homeowners who can wait, but a big one for builders who, having tied up capital in inventory, will have to offer discounts to move their product. But, because of higher construction costs caused by the supply-chain crisis, their margins have shrunk and their ability to cut prices and still make a profit might be limited.

Either way, this is not entirely unwelcome news for the Fed, intent as it is to lower prices, slow the economy down or, preferably it seems, both. A slowdown in construction activity and lower home prices would go a long way to achieve the outcomes it seeks. The first part is unfolding, as the number of permits for new residential construction is 29% below the recent peak. Notably, permits sank between 30% and 77% off a prior peak in 7 out of the last 8 recessions, which suggests that the slowdown in construction spending may get worse if the recession everyone expects actually materializes.

It’s important to keep in mind that there are differences between the aggregate real estate numbers presented above and the realities on the ground, which are influenced by local conditions much more than by nationwide numbers.

Take, for example, three counties in Florida (Manatee, Sarasota and Charlotte) just south of Tampa, on the Gulf of Mexico – which happens to be where I live and work.

This area’s real estate transactions are influenced by tourism, retirement, and a migration into Florida from other states that picked up momentum with the trend towards remote work. In addition, the area tends to attract buyers of luxury homes who are less sensitive to price increases and don’t rely as much on mortgages.

The point is that hyper-local conditions override nationwide numbers, so while the information I presented earlier is important to investors considering real estate investments through instruments such as VNQ
VNQ
(an ETF that invests in REITs) or REZ (an ETF with higher exposure to residential real estate), it may be of marginal importance for someone evaluating the sale or purchase of a specific piece of real estate. While current conditions seem particularly unfavorable at this time for large homebuilders with a national presence, those thinking about buying or selling a home in any given place will benefit more from consulting real estate agents, who usually have the best understanding of local conditions, rather than aggregate numbers.