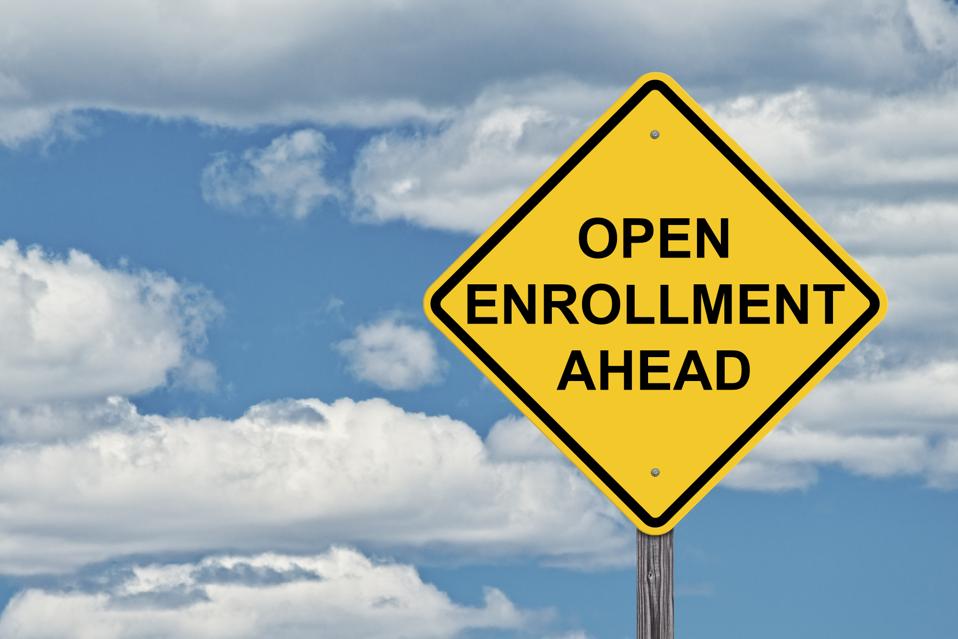 We’re in the midst of Medicare’s annual Open Enrollment season, which runs from October 15 through December 7. The decisions made during Open Enrollment are some of the key retirement financial decisions. Surveys show that even the affluent worry that retirement medical expenses will dissipate their wealth.

Making shrewd decisions about Medicare coverage is the best way to limit your out-of-pocket retirement medical expenses. Many people approach retirement believing Medicare will cover all or most of their medical expenses. That’s not the case. There are significant gaps in Medicare. The biggest gap is the 20% coinsurance on almost all covered expenses. Even when Medicare covers a treatment, usually only 80% is covered. You’re on the hook for the other 20% without a dollar limit.

To limit your out-of-pocket exposure, you need to cover as many of the Medicare gaps as you can afford. You can choose from two routes to cover those gaps.

One route is to enroll in original Medicare. But to cover the gaps you’ll also need to enroll in a Part D Prescription Drug plan and add a Medicare supplement (Medigap) insurance policy. This route still won’t cover all your medical expenses. The most prominent gaps will be vision and dental care and hearing aids.

The other route is to enroll in a Medicare Advantage plan. These plans offer the equivalent of original Medicare, Part D, and Medigap in one plan and have a cap on your annual out-of-pocket cost for covered care. You’re also likely to receive some additional benefits, such as some vision and dental coverage plus other benefits.

One of the most controversial aspects of Medicare is the ability to choose between original Medicare and Medicare Advantage.

Some of the controversy is ideological, because some people are philosophically inclined to either favor or oppose Advantage plans. But much of the controversy exists because the right choice depends a lot on individual circumstances and preferences. The better option for one person might not be good for another person.

In many areas multiple Medicare Advantage plans are available. You first need to compare the different Advantage plans and decide which might be the best for you. Then, compare that plan to original Medicare (combined with Medicare Supplement and Part D Prescription Drug policies).

Remember that you can change the decision each year during Medicare Open Enrollment. Plans and costs change each year, so I recommend you revisit the decision annually.

Advantage plans usually are less expensive to you than similar coverage under original Medicare, but cost and coverage are one only factor.

A major trade off is an Advantage plan only covers care by providers in the plan’s network. While most people think this limit applies only to doctors, it is much broader. Network providers include hospitals, lab and testing facilities, rehabilitation facilities, and more.

In original Medicare, you select the doctor you want. Your doctor, or you in tandem with the doctor, decide the hospital at which surgery will be performed and the nursing home/rehabilitation center you’ll enter after surgery. With an Advantage plan, however, you choose from the plan network. It’s not unusual for an Advantage plan to have only one hospital or rehabilitation facility in the network within a geographical area.

The provider restriction is most likely to come into play when you have a serious condition and decide you want what you believe are the best providers, or at least the best in your area, for that condition. Care they provide isn’t covered if they’re not in the plan’s network.

On the other hand, Advantage plan members are more likely to receive preventive care and some studies show Advantage members are healthier, live longer, spend less time in hospitals and have other positive outcomes.

The bottom line is you need to carefully review all the medical providers in an Advantage plan’s network. Imagine yourself in need of different types of treatment and see what your options would be under the plan.

Also, review the restrictions on care received when you are out of town. Original Medicare covers you throughout the U.S. An Advantage plan might only cover emergency treatment received outside your home area, require advance approval for care or have other restrictions.

But if you want to change from an Advantage plan to original Medicare, your Medicare supplement policy options might be limited. When you first sign up for Medicare or within 12 months of first signing up for an Advantage plan, you are guaranteed to be able to buy the supplement policy of your choice. But after that, in most states the guaranteed ability to buy a supplement policy might be more limited or nonexistent. You’ll have to answer questions about your health history and might be denied a policy or charged a higher premium based on your health history.

This restriction is especially problematic if you might move sometime during the Medicare years because some areas have no or few Advantage plans. An Advantage plan similar to the one you like might not be available. You essentially might be forced into original Medicare.

The choice of Medicare coverage can be one of the most consequential decisions of retirement. Consider all the factors and the long-term as well as the short-term.