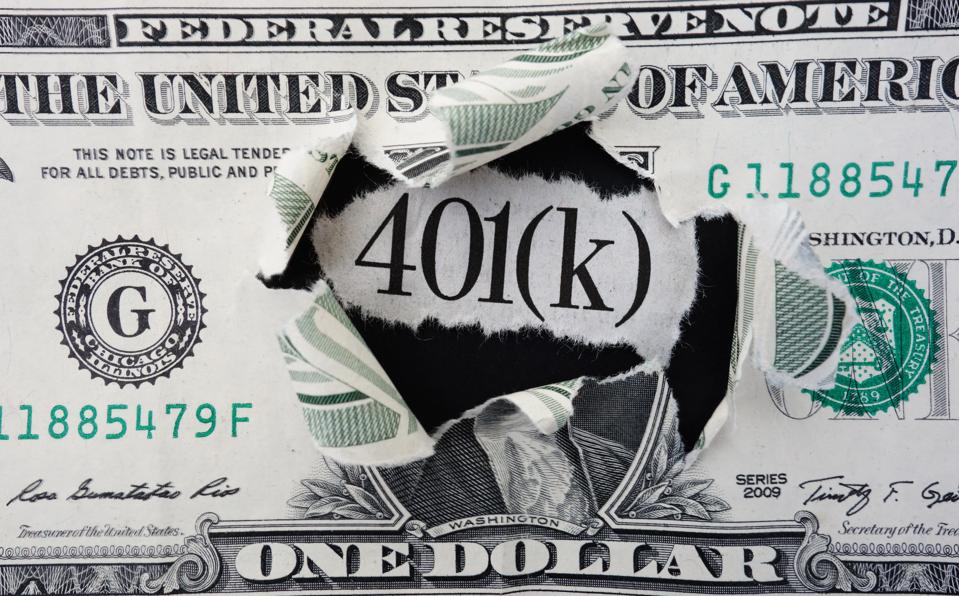 Have you heard the saying, the rich get richer? It’s more than just a saying. One of the reasons they do is because they have access to programs not available to the average person.

One of them is the “$100 million 401(k) plan” that’s popular among the ultra-rich. But don’t get angry at the rich for it – you can do the same thing, even though it will be with a lot less money.

Now let’s not dance around the number here. $100 million is a lot of money. Having it would put you in the top 0.01% of the world’s population on the wealth scale. But we’re talking about having that much sitting in a retirement plan.

That’s extra special, because retirement plans are tax-sheltered. Not only are the contributions usually tax-deductible, but the investment earnings accumulate on a tax-deferred basis.

Obviously, we’re not talking about your grandfather’s 401(k) plan. There are limits to how much you can contribute to a typical 401(k) plan each year. But there are a few workarounds that the rich know about and participate in regularly.

How Many People Have Super 401(k) Plans?

The IRS doesn’t issue regular updates on the number of people with multi-million dollar retirement accounts. But for the 2011 tax year, they confirmed over 300 people with balances greater than $25 million, and nearly 800 with between $10 million and $25 million. (In case you’re interested, they reported nearly 8,000 people in the $5 million to $10 million range.)

Those are mind-boggling numbers, so you may be wondering how you can reach a 401(k) balance of $25 million – let alone $100 million.

On a personal note, I’ll be contributing over $100,000 into my own 401(k) plan this year for the first time. So this isn’t a theory I’m recommending. It’s a plan I’m putting into action – with the help of my CPA, of course. It also helps if you’re self-employed, and have the ability to create your own retirement plan.

Retirement Plans Available to the Self-Employed

As retirement plans go, there’s something of a hierarchy. For example, you may start out with a basic IRA – traditional or Roth – if you’re self-employed. The obvious limitation here of course is the annual contribution. At just $6,000 per year, or $7,000 if you’re 50 or older, it’s a low-level contribution.

But the next step for a self-employed individual will be a simplified employee simplified employee pension plan, more commonly known simply as a SEP IRA. That plan allows for much more generous contributions, of up to 25% of your income. For 2019, the maximum contribution is $56,000. That won’t get you to a $100 million 401(k) plan, but it certainly moves the chess pieces forward.

If you want to play retirement planning with the big boys, the next step is to graduate to a super 401(k) plan. That’s my latest step. I’m calling it an “super 401(k)”, but that’s not the official name. There may not even be an official name.

Many employer-sponsored plans also provide a dollar-for-dollar match up to the first 3% or 5% you contribute to your plan. That being the case, the matching contribution is unlikely to be more than a few thousand dollars. It’s not likely you’ll ever get close to the maximum contribution allowed under a 401(k) plan at that rate.

That’s why the best way to take full advantage of a 401(k) plan is to be self-employed. If you are, you’re not limited to a small employer matching contribution. You can set up your plan to get the full benefit of the $56,000 annual contribution.

The Super 401(k) for the Self-Employed

You can set up a 401(k) plan for your business, even if you’re the only employee of the business. In my case, I set up a traditional 401(k) plan. One of the major benefits is that it also enables me to make a profit-sharing contribution to my plan each year – more on that in a bit.

There’s also a little-known 401(k) version, known as the solo 401(k), and it’s designed for a single self-employed person with no employees. I didn’t choose this plan, because I sometimes have employees, and because it does not have a provision for a profit-sharing contribution.

The version of the 401(k) I have – which any self-employed person can set up – works much like an employer sponsored 401(k) plan. Being self-employed, you act as both employee and employer of the plan. As an “employee”, you can contribute up to $19,000 per year to plan, or $25,000 if you’re 50 or older. And as the “employer”, you can also set up an employer matching contribution.

But it doesn’t end there. My traditional 401(k) specifically enables me to also add a profit-sharing contribution to the plan. Profit sharing enables you to contribute a percentage of your business profits to your 401(k) plan.

Then there’s also a safe harbor contribution provision. It’s something of a work-around for highly compensated employees in a business that has lower earning employees who are more restricted in their contribution limits. But being self-employed, and not having employees, I can take full advantage of this provision.

If you’re married, you can double the total amount contributed to a 401(k) plan by adding your spouse as an employee. My wife and I are both employees of my business, enabling each of us to get the benefit of a contribution of up to $56,000. That’s $112,000 for the two of us.

Are you beginning to see how a profit-sharing 401(k) plan for a self-employed couple creates the ability to build a multi-million dollar retirement plan in just a few years?

Not only can you max out your plan, but the full amount of the contribution will be tax-deductible to your business. $112,000 every year is a big tax deduction. Meanwhile, the investment income accumulating within the plan is tax-deferred.

Other Benefits of a Self-Employed 401(k)

1.   You can allocate a portion of your employee contribution to your 401(k) plan as a Roth 401(k) contribution.

The contribution to a Roth IRA is limited $6,000 per year, but you can contribute up to $19,000 (or $25,000 if you’re 50 or older) to a Roth 401(k). You won’t get a tax deduction for a Roth 401(k) contribution, but that part of your plan will accumulate on a tax-deferred basis, and be available for tax-free withdrawals beginning at age 59 ½ (as long as you have participated in the Roth plan for at least five years).

“Unless you have a crystal ball, you don’t know what future tax rates will look like by the time you retire,” notes Forbes Contributor, Adam Bergman. “A Roth 401(k) allows you to hedge against future tax rate hikes. Pay the taxes now at a known rate, and you won’t need to worry about what your tax bill will look like in 20 or 30 years.”

2.   You can make the final decision as to how much you’re going to contribute to the plan through the extension date of your business tax returns.

It’s an excellent advantage because we can assess our tax situation nearly three-quarters into the current year before deciding the employer match for the previous year. In that way, we can adjust our 401(k) total contributions based on our expected tax situation in either year.

A self-employed 401(k) plan can be set up as a fully self-directed account, similar to a self-directed IRA. You can set up a plan with the investment platform of your choice. That will give you the ability to choose the investments held in your plan.

As your retirement portfolio grows, and particularly as it reaches into the millions, you probably won’t be investing in index funds, or at least not exclusively. With a portfolio that large, it’s likely you’ll be looking at individual stocks. And while stocks have greater risk than index-based funds, they also have potentially greater rewards. That will give you the ability to earn higher returns on your retirement plan than the average person does.

But let’s take it a step further.

Let’s say there’s a promising IPO coming up. In a fully self-directed 401(k) plan, you’ll have the ability to buy into that opportunity, in a way you probably won’t with a traditional employer-sponsored retirement plan. If just one or two of those IPO investments skyrocket, you’re looking at seriously increasing the value of your plan.

“Last week the company launched its offering and the stock rocketed by 72% on its first day of trading, putting the market cap at nearly $16 billion,” reported Forbes Contributor, Tom Taulli, on the Zoom IPO last April. “Now Zoom is among one of the most valuable cloud companies in the world.”

That’s just an example how one IPO performed, and what the potential is.

IPOs aren’t your only special investment option either. With a large, self-directed 401(k) plan, you’ll be able to invest in private equity, real estate, and even minority interests in privately owned businesses.

The Compounding Power of a Self-Employed 401(k)

To demonstrate the power of a self-employed 401(k) plan, let’s look at two scenarios.

If we allow for a higher rate of return, due to the self-directed investment advantage, the results are even more dramatic.

If we extend the investment term out to 40 years, it’s easy enough to see how the rich can accumulate tens of millions of dollars in their 401(k) plans.

The Self-Employed 401(k) Isn’t Just for the Rich

You don’t have to be rich to take advantage of this type of plan. Anyone can open a self-directed employer-type retirement plan, as long as you’re self-employed. It’s mostly about educating yourself, and getting connected with knowledgeable people, like CPAs.

It also helps if you can get to know people who have this kind of retirement plan. You can find out exactly how they’re managing their plans and what they are investing in. It’s a real opportunity for a small investor to build a very large retirement portfolio.

Even if you have no aspirations to build a $100 million retirement portfolio, or even one for $25 million, it’s a real chance to supercharge the retirement plan you have. That can lead to either a much more comfortable retirement than you ever dreamed, or even the possibility of early retirement if your plan grows large quickly enough.

Is Delaying Social Security Benefits Still A Good Deal?
Glacier-Surrounded Hunting Lodge Carries On A 100-Year Tradition In New Zealand
Cramer’s lightning round: I say thumbs up to MP Materials
Cramer’s week ahead: Fed decision on Wednesday could let the bulls ‘party on’
Single Women Are More Likely To Own Homes Than Single Men In Nearly All States