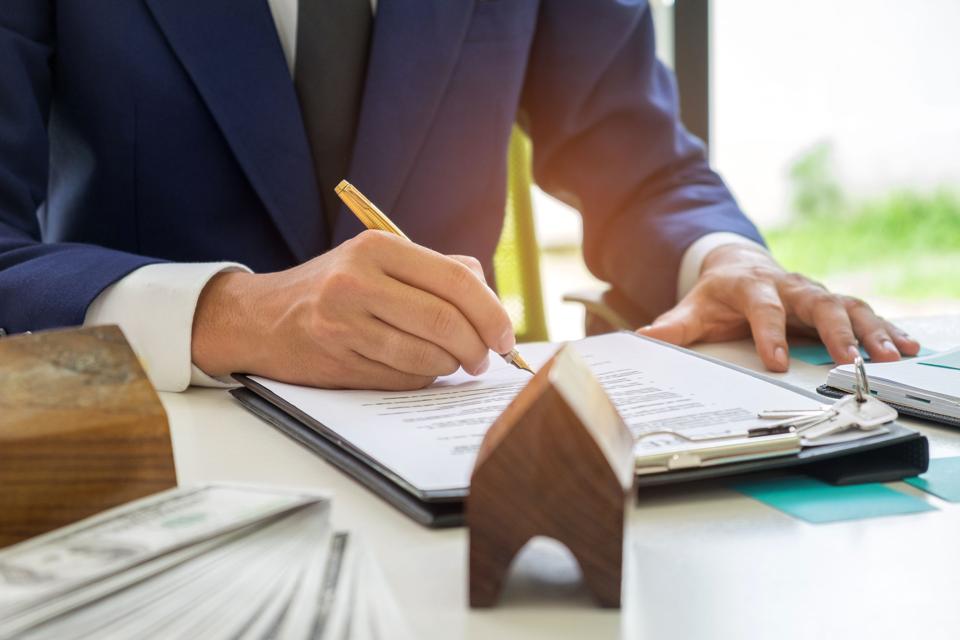 Purchasing a new home is not only one of the most expensive transactions any individual will make in their lifetime, it is also one of the most stressful and drawn out, with the average timeline of buying a home in the U.K. settling on 6 months.

So understandably, the last thing any buyer wants or expects after shaking hands over an agreement, is for the seller to cancel at the 11th hour because they’ve received a higher offer from another interested party. This is to be gazumped; a costly and still surprisingly legal manoeuvre in the U.K.

Gazumping is estimated to be the reason why 25% of property transactions have fallen through in 2018 – a figure that rises to a shocking 66% in the capital – trailing significant financial losses in its wake. I myself have recently fallen foul of this, losing approximately £25,000 in the process.

The good news for both buyers and sellers wary of the rug being pulled out from under them is that next year, gazumping could have a sting in the tail for the gazumper – but would it be enough to curb this objectionable practice?

An extra layer of security

In the first quarter of 2020, a new scheme is set to be trialled by the government that would require a home buyer or seller who pulls out of a transaction without good reason, to pay compensation. These are known as “reservation agreements”, and they’re not exactly new –  some estate agents have already been using similar agreements for years now.

Asking buyers to pay an additional fee would act as a deterrent to prevent them from backing out of an agreement once an offer has been made, encouraging only serious buyers and giving further assurances to sellers that their sale will proceed.

While the fine detail of the proposed government scheme is not set out as yet, similar schemes are already common throughout Europe – a small form of payment or non-refundable deposit of approximately £500–£1,000 would be requested from both the buyer and seller by their agency to ensure that neither attempts to back out at a later date. The deposit would possibly go into a lawyer-held “escrow account” – a system already operated in the U.S.

It’s probable that multiple different types of reservation agreement would be trialled, such as asking only the buyer to foot up the deposit. There’s also a variation already in use by PropTech agency Gazeal that locks both buyer and seller in a legally binding agreement, with the buyer paying a non-refundable 0.075% fee on the asking price. If one of the parties breaks the agreement, they have to pay 1% of the purchase price. Overall it seems that this intervention has been quite significant in terms of reducing gazumping rates in their sales.

A deterrent, but an effective one?

Reservation agreements normally contain break-out clauses for “good reasons”, but what would this constitute? Acceptable excuses might be bereavement, losing a job, or the inability to pay a mortgage, but until the defining legislation is set out it’s not clear what options would be available for buyers who have a genuine reason to withdraw from an agreement, nor even what safeguards would be in place for the seller.

While in theory a reservation agreement would act to prevent gazumping, in practice it’s unlikely to have much effect if the deterrent isn’t significant on the seller. Losing a reservation agreement deposit or being charged a small fine of say £500–£1,000 would be a small price to pay if it meant the seller could still accept a higher offer that’s worth thousands more.

It’s also worth highlighting that this scheme is still in the trial phase. As first quoted in the Guardian, the Ministry of Housing, Communities and Local Government stated that “this research, which is still under way, will help inform our decision on whether to roll out reservation agreements as part of a trial, potentially as early as next year.”

This scheme was originally promised by the government back in 2018, to be delivered sometime this year. One might include Brexit as a possible cause of this delay, with most legislation in Parliament effectively stalled because of the political paralysis. And with an early general election a near-certainty on the horizon, bringing with it a possible change of government, who’s to say that this scheme will ever come to pass?

Each year millions of pounds are lost because of sales falling through, of which gazumping takes a significant chunk, so government reservation agreements that could deter or mitigate this from happening are a good start.

However, as John Jones, the Head of Conveyancing at BBH Legal Services Limited comments, “I agree that sellers and buyers need reassuring that once an offer is accepted that the transaction will proceed to completion. I’m not sure that a reservation agreement, by itself, will give that reassurance.” So, while reservation agreements are good in theory, whether they would work in practice is another idea.

Ultimately the cost of gazumping will have to outweigh the benefits. What might be needed is either a heftier financial penalty, such as where the gazumping party pays the full fees forfeited by the offended party, or a more complex and drawn out withdrawal process brought about by the signing of legally binding procedures far earlier on in the process. Or both. Because buying a house isn’t a Marks & Spencer purchase, and neither should the policies around exchanges be akin to returning that green-checked shirt you didn’t like after all.

Oil giant Shell posts highest-ever annual profit of $40 billion
Cramer’s lightning round: I want to own Sherwin-Williams
Inside The California Mansion Where Harry And Meghan Filmed Their Netflix Documentary
Am I Too Old To Get Another Dog
Interior Designer Jennifer Hunter Talks About Traditional Design And Her Career