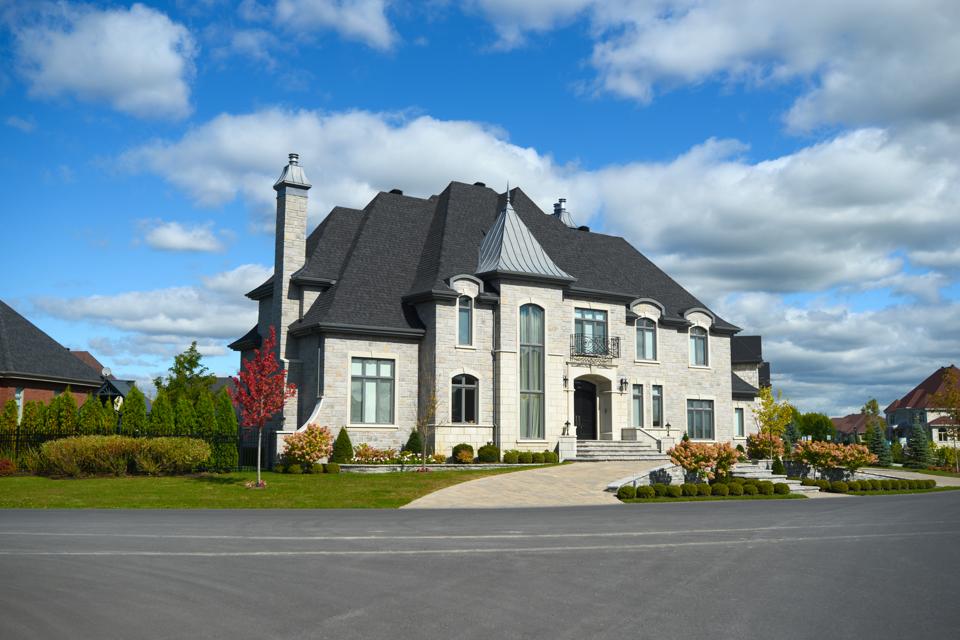 What happens when rich people in blue states discover the moving van?

Trump is wreaking havoc in the ritzy suburbs of New York City.

His tax cut raised taxes for high-income people in high-tax areas like Connecticut and New York because it all but eliminated the deduction for state and local taxes. Just enough of these upper-crusters have departed for low-tax states, or are thinking about doing that, to ruin the market for mansions.

Consider the sad but typical tale of a couple who will be anonymized here as Jack and Jill. A little over a decade ago they shelled out $5 million-plus for a home in posh New Canaan, Connecticut. Empty-nesters now, they decided to sell that and buy a co-op in Manhattan.

The 2017 tax change, which took effect for the tax returns filed six months ago, is getting in the way. Overnight, the stiff income and property taxes in Democrat-run states are looming much larger. The demand for upper-class homes in New York, New Jersey and Connecticut is taking a hit.

Accepting reality, Jack and Jill cut their asking price. They lined up buyers at a 30% discount to what they had paid. But to close the deal the buyers needed to sell their own suburban home first. No bridge loan here. In a weak market there’s not much appetite among either homeowners or banks to carry two pieces of real estate.

Jack and Jill’s buyers found a buyer for their existing house, but that buyer, in turn, had to first sell an apartment in Manhattan. Which is not easy to do these days. Jack and Jill are, for the moment, stuck with their underwater real estate.

A sluggish market has settled in over Connecticut’s gold coast. In the third quarter, reports the William Pitt/Sotheby’s agency, Fairfield County (which includes the rich-people hangouts of Greenwich, New Canaan, Darien, Westport and Wilton) saw 36 home sales at $3 million and up, down from 47 in 3Q 2017.

If the realtors are not to starve, they must persuade sellers to swallow some price cuts. Which sometimes they do. The Stamford (Connecticut) Advocate reports that the asking price for the Greenwich home once occupied by Leona (“only little people pay taxes”) Helmsley was recently cut in half, to $22 million. Zillow shows an 11,484-square-foot, 8-bedroom, 9-bath chalet in New Canaan that was listed in 2017 for $9,950,000. It’s still looking for a buyer, now at $3,995,000.

New Canaan is perhaps suffering from overgentrification. While it has long had its share of glamorpuss homes in the four-acre zone to the north, it also used to have a middle-class flavor close to downtown. The town had a five-and-dime store, a fair number of bi-levels and even a factory making industrial scales. In recent decades, though, the riffraff has been chased out. Now, close to the center of town, you see monster houses on tiny lots.

The word “millionaire” isn’t useful here because it describes someone with a net worth of $1 million, a trivial sum in Jack and Jill’s world. One million in adjusted gross income is another matter, and for that select AGI group the more precise term is “agillionaire.”

In 2016, the IRS reports, New York had 48,570 agillionaires. Their average deduction for state and local taxes was $472,000. They were making mighty contributions to New York’s lavish government, that is, but not fully feeling the pain because they could deduct those contributions on their federal returns. Agillionaires in Texas, in contrast, averaged only $52,000 in state and local taxes.

With a $10,000 cap on the deduction, Trump made the difference between New York and Texas a lot more perceptible.

Do you live in a nice home in Manhattan or one of its suburbs? Were you planning to cash in when you downsized for retirement?