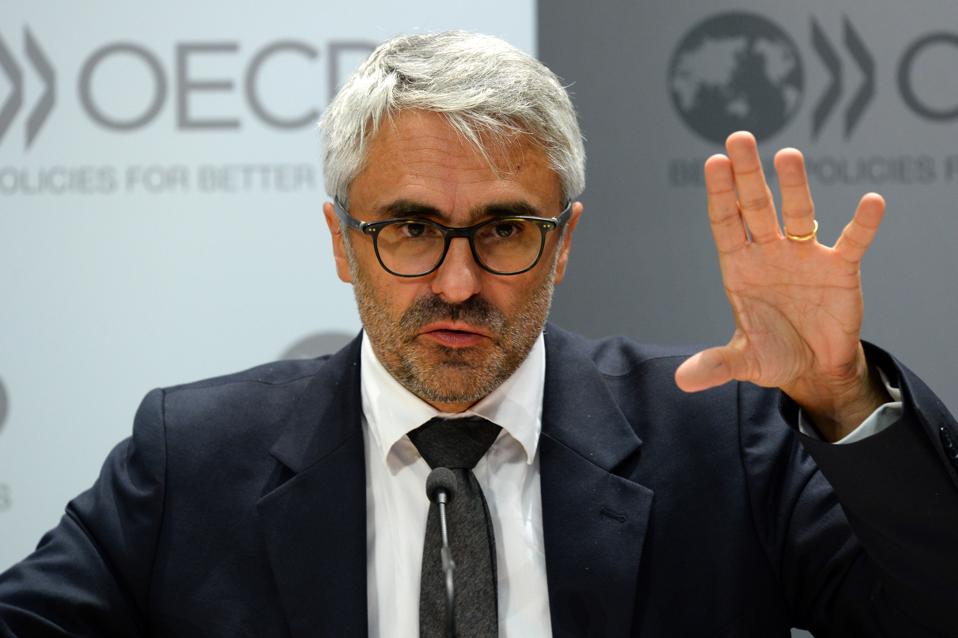 France became the most recent major taxing authority to introduce a new digital tax when, this past July, lawmakers approved a 3% levy on revenue from digital services earned in France by companies with more than 25 million euros in French revenue and 750 million euros ($838 million) worldwide. With the new law, France joined a group of 20 countries throughout Europe, including Austria, Belgium, the Czech Republic, Italy, Spain and the UK, that have either announced or published proposals to introduce digital services taxes. And now, the Organization for Economic Cooperation and Development (OECD) has gotten in on the act, with a new proposal to create an international framework to guide how and where these digital taxes should be implemented.

On the surface, all of these initiatives make sense. As the movies we watch, advertisements we click and goods we purchase are increasingly transmitted digitally, the idea of taxing these transactions based on the location where they are consumed rather than the location where they originate, is a fairly logical one. In practice, however, the idea of dozens of different nations enacting their own tax laws to capture revenue from multinational tech companies with locations all over the world is a recipe for massive conflict.

The first salvo in this particular conflict came from the U.S., where President Trump threatened to impose tariffs on French wine in response to the new digital tax law. U.S. Treasury Secretary Steven Mnuchin and economic adviser Larry Kudlow eventually reached a compromise with French Finance Minister Bruno Le Maire to avert a trade standoff, but major U.S. tech firms, including Google, Facebook and Amazon have all continued to voice concern that the French tax proposal undermines the global tax regime and global efforts to reform it.

That’s where the OECD proposal comes in. Like it has done previously with its 2013 Action Plan on Base Erosion and Profit Shifting, more commonly known as BEPS, the OECD is trying to create a more harmonized, global approach to realigning contemporary tax policy with the realities of the increasingly global and digital economy.

However, without any real enforcement power and reliant upon building consensus among 110 members, the OECD is not the fastest-moving group in the world. They are currently proposing to have a consensus on how to move forward with the BEPS tax reform plans by 2020. Their timeline is more aggressive for the new digital taxation framework, but we’ve seen this pattern before. Typically, the OECD will signal that a new framework is on the way, and, emboldened by the hint of global consensus, individual governments will move much faster to implement their own interpretations of new tax laws.

That’s where things get sticky for multinationals. While a unilateral, OECD-backed digital services tax would ultimately create a larger tax burden for large tech companies, it would make tax compliance much more straightforward.

The real challenge for the multinational technology firms at the center of this issue is not so much the incremental costs of the taxes themselves, it’s accurately projecting and complying with a constantly changing pastiche of country-, county- and even city-specific tax laws. That introduces a need for the kinds of scenario analysis and stress testing that hasn’t historically been a big part of the tax department’s job description. Now it is.

This is the new normal for multinationals. In a perfect world, a globally harmonized set of tax laws that keep pace with new patterns of consumer behavior would be implemented evenly in a predictable fashion around the world. We do not live in that world. Instead, we live in a place where revenue-hungry tax authorities are continually playing catch-up with technology, government leaders throw around punitive tariffs like poker chips and massive swings in regional tax exposure can be introduced seemingly overnight.

Whether or not the OECD reaches broad agreement on its proposed framework within a year, as it hopes to do, outliers and extremes will continue to be a fact of life for businesses operating in this period of constant disruption. The key to success will not be how low they keep their tax bills in this environment, it will be how efficiently they manage the uncertainty.

Be Aware Now: Here’s Where SECURE 2.0 May Hand You Unexpected Benefits
Microsoft offers lackluster guidance, says new business growth slowed in December
Record high share in U.S. report delaying medical treatments due to costs — here’s how you can save on health care
Almost half of Americans think we’re already in a recession. Here’s how to prepare if they’re right
Crypto exchange Gemini lays off 10% of workforce in its latest round of cuts