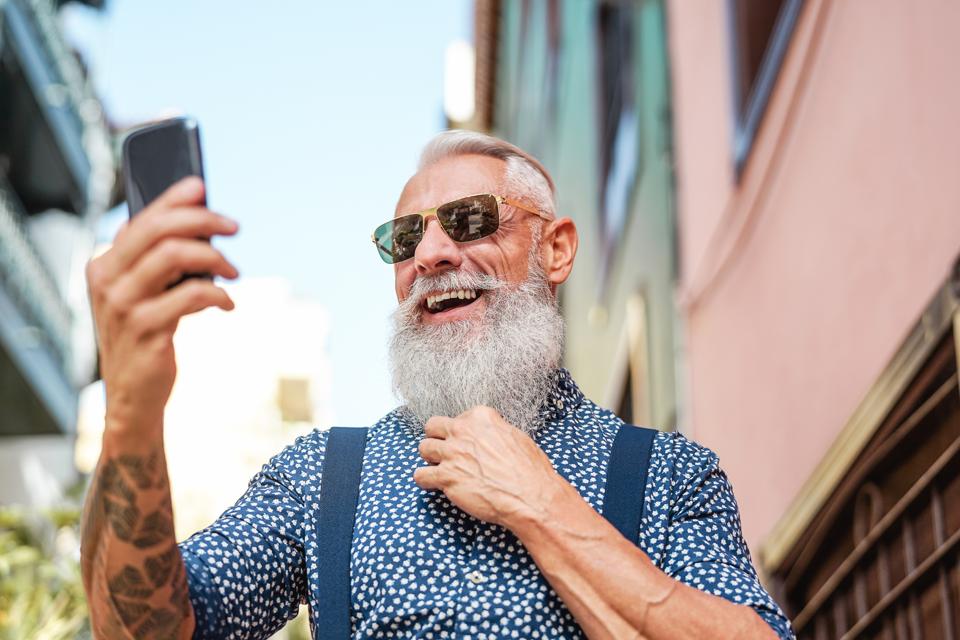 Look on the bright side. For real. Scientists at Boston University School of Medicine and Harvard University say just being optimistic can help you live longer. Specifically, their research showed both men and women who had higher levels of optimism had longer life spans, and that both sexes had a greater chance of living past age 85.

“Optimism is a psychological attribute characterized as the general expectation that good things will happen, or the belief that the future will be favorable because one can control important outcomes,” wrote lead author Lewina O. Lee, of the National Center for Posttraumatic Stress Disorder and the Boston University School of Medicine. “Previous studies reported that more optimistic individuals are less likely to suffer from chronic diseases and die prematurely. Our results further suggest that optimism is specifically related to 11 to 15% longer life span, on average, and to greater odds of achieving ‘exceptional longevity,’ that is, living to the age of 85 or beyond.”

We’re talking about “exceptional longevity.” which some define as over 85 and others over 100 years of age.

In January, Robert J. Pignolo, MD, PhD, of the Division of Geriatric Medicine and Gerontology at Mayo Clinic in Rochester, Minnesota, published a review of literature on exceptional longevity in the clinical journal, Mayo Clinic Proceedings. In it he held that “the basis for exceptional longevity is multi-factorial and involves disparate combinations of genes, environment, resiliency and chance, all of which are influenced by culture and geography.” Pignolo examined how studying the oldest old may give credence to the biological and environmental characteristics of those who seem to defy the odds.

Pignolo said centenarians stave off age-related diseases. And they’re somehow resistant to otherwise lethal illnesses occurring earlier in life. But even so, even the oldest of the old vary in the characteristics they possess that seem to allow them to live so long. “Associations between specific clinical or genetic biomarkers exist, but there is unlikely to be a single biomarker predictive of long life,” he wrote. He added that while careful observations in the oldest old offer some strategies that favor increased health span and life span, there is unlikely to be a one-size-fits-all prescription for longer life. “Exceptional longevity represents an extreme phenotype,” he wrote.

Scientists studying longevity have largely investigated the biological and medical factors associated with survival, but the Massachusetts scientists’ recent work in Proceedings of the National Academy of Sciences, suggests nonbiological factors could also have huge implications to aging.

“We tested whether higher optimism was associated with longer life span and greater likelihood of exceptional longevity,” the authors wrote. Researchers used a good amount of data to come to their conclusions, though some limitations of their study could limit whether their findings apply to a wide range of people, including that participants were largely white and had higher socioeconomic status than the general population.

In both groups, higher levels of optimism were associated with extended lifespan and higher odds of achieving exceptional longevity. The associations persisted even after researchers adjusted for demographics and various health conditions like cancer, heart disease, high cholesterol and stroke, as well as habits like smoking, primary care visits, and alcohol use. And the associations still remained after scientists adjusted for whether or not a person suffered from depression.

“While prior studies have reported that optimism may reduce risk of premature death in mid- and later life, the current findings suggest that optimism promotes substantially longer life span,” the authors wrote. “As longer life span appears to accompany longer healthspan, our findings have implications for understanding psychosocial factors that promote healthy and resilient aging.”

In other words, a person who practices optimism over the course of their life is more likely to live long and live healthily while they do it, Inverse.com reported. “This study joins others that have explored the health benefits of optimism, including a 2009 study from the University of Pittsburgh showing that women who are optimistic are 14 percent less likely to die from any causes than pessimists.”

Though researchers admit the exact benefits of optimism are hard to pinpoint, they say their new findings indicate that optimism could serve as a “valuable target for interventions” that promote health.

“One explanation is that more optimistic individuals may ‘experience less extreme emotional reactivity,’ which helps them recover more quickly from stressors,” Inverse reported. “Still, Lee says that ‘scientists do not fully understand the pathways from optimism to health and longevity.’”

Even so, “it does appear evident that psychological assets can promote good health, and the likelihood of long life can’t be limited to genetic factors,” Inverse reported.

The Massachusetts researchers defined exceptional longevity as survival to age 85 or older. Optimism was assessed using the Life Orientation Test-Revised in NHS—a standard psychological self-help instrument that indicates the level of optimism in a person and gives insight into how one can replace harmful thought patterns with more constructive ones—and the Revised Optimism-Pessimism Scale from the Minnesota Multiphasic Personality Inventory-2 in NAS—a scale measuring the psychological attribute that provides incite into how people explain to themselves why they experience a particular event either positive or negative. “Given work indicating optimism is modifiable, these findings suggest optimism may provide a valuable target to test for strategies to promote longevity,” the authors wrote.

The study, according to Inverse, “puts the focus on the state of our minds — and finds that ‘exceptional longevity’ is intimately linked to optimism.”

“So why might optimism affect longevity?” asked David R. Topor, PhD, in an article for Harvard Health Publishing. Topor is a Clinical Psychologist and the associate director for Healthcare Professional Education at the VA Boston Healthcare System. He is also an assistant professor in the Department of Psychiatry at Harvard Medical School. “The study wasn’t designed to explain this, but the researchers had several thoughts. While one component of optimism appears to be heritable — that is, tied to our genes — our environment and learning also shape a significant portion. One takeaway is that we can all learn ways to be more optimistic.”

“Whether you’re naturally optimistic or not, you can take certain steps in that direction,” said Topor. He offered the following suggestions on how anyone can become more optimistic:

Be Smart: Look For These Financial Exploitation Warning Signs From The DOJ
McDonald’s is about to report earnings. Here’s what to expect
America Needs To Improve How It Treats Its Older Workers
Op-ed: Salesforce appoints ValueAct’s Morfit to its board and a proxy fight may loom ahead
Suze Orman: Americans are short on emergency savings amid ‘dangerous scenario’ for economy