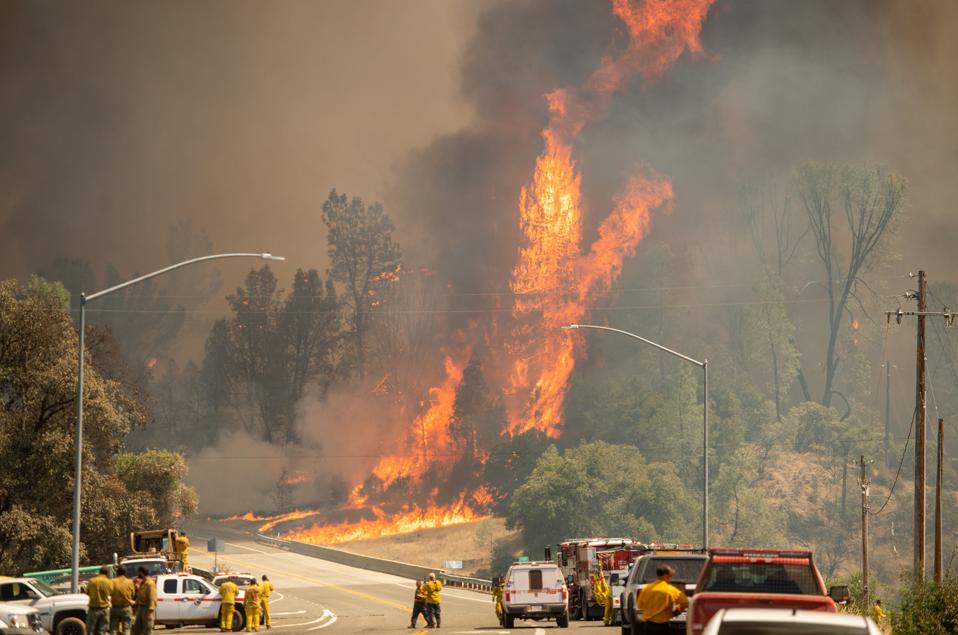 If you’re running a company, you’re about to discover new costs that weren’t on your Twitter feed five minutes ago. British Airways was just fined about $228 million for data privacy violations. California has disrupted the Gig Economy with a new employment law requiring Uber and others to pay higher wages and provide costly benefits. Around the country, fires and floods are shutting down businesses and raising their costs when they’re open. Now you need to figure out how to pay these hidden “taxes” on staying in business.

Your computer system is not just an asset. It’s a liability. Companies large and small are getting sued for not keeping tight wraps on their data.

New laws are being adopted that require protection and limit the use of data collected via the internet and stored by businesses. The European Union (EU) enacted the General Data Protection Regulation (GDPR), which regulates data protection and governs U.S. companies doing business through the internet with European customers. In July, the European Union (EU) hit Marriott with $123 million in penalties for its failure to protect guests’ data. On January 1, 2020, The California Consumer Privacy Act of 2018 (CCPA) goes into effect. The CCPA prohibits certain uses of customer data, and some fear it is even more burdensome than the GDPR and a trendsetter for similar regulation by other states. This summer, the Federal Trade Commission fined Facebook five billion dollars for privacy violations.

Like zombie viruses, this legal fever is growing. Oregon and—shocker—California just passed laws that require manufacturers to put security devices on refrigerators and other consumer gadgets connected to the internet. The intent here is to protect consumer data. So, hackers will have to try even harder to figure out you eat Pop Tarts for breakfast. Still, most of these are well-intended laws—or at least they contain shreds of good intentions. Without question, though, these requirements increase the cost of doing business. The internet of things is becoming the internet of really expensive things.

Now, companies need to hunker down with the experts and redesign their businesses for compliance and risk mitigation. These new edicts require everything from expensive advice on new legal requirements, to the cost of redesigning computer systems, to the downtime and expense of employee training. And then add the premiums for insurance—’cause you’re not always going to get it right.

Most companies have the cyber. The defense, not so much. That’s going to cost.

Seemingly every day there is a new law mandating paid leave, raising wages, restricting arbitration or prohibiting noncompete agreements. Certainly, some employers are abusive. But the move to regulate every aspect of the employment relationship raises costs and creates unintended burdens. Chicago adopted a law, “Fair Workweek Ordinance,” which requires employers to set most employees’ work schedules at least 10 days in advance. The law goes into effect July 1, 2020, and if you don’t comply, you’ll need to fire all of your employees to pay these stiff fines. But don’t go thinking you can just escape all these new rules by “outplacing” the humans and upgrading to robots. Some places want to tax that, too. So, companies are stuck with the obligation to comply with a patchwork of ever more burdensome rules across the country and beyond. Different problem, same solution: spend a lot to deal.

Most businesses are going to be paying a lot of unexpected costs as the world gets either soggier or charcoal-ier. Take the “power” situation in northern and central California. PG&E has been cutting off the juice to hundreds of thousands of customers—because apparently walking (providing power) and chewing gum (not burning stuff down) is much harder than it looks even for a “power company.” Meanwhile, businesses are struggling to stay alive without electricity. Restaurant food is going bad. Customers aren’t shopping. Phones aren’t charged. The only thing you can do with credit cards is prop up tilting furniture.

In Florida, owners of McMansions are seeing their sod squares float away on sunny days, riding off on the monthly high tide that now regularly floods their neighborhoods. In fact, the new scourge of flooding in Florida has depressed housing prices in low-lying areas and increased prices in elevated areas, creating “Climate Gentrification.”

For many, the debate over what has caused climate change is over or irrelevant. But, everyone agrees on one thing: None of this is cheap. The solutions in hurricane-land require increased construction costs, expensive flood insurance and increased government budgets to fund infrastructure spending.

So, here comes the Climate Tax that your parents never warned you about. And if it were not getting so hot, I would say that we are just seeing the tip of the iceberg. If we fix the problem, the taxes and other costs to fund the changes will be enormous. But if we don’t, no one’s piggy bank is safe.

Face it. Most of us do business on auto-pilot. We operate out of habit. Keep that up and we’re going to be put out of business by the first competitor to master these new challenges.

5 Questions To Ask Yourself About Your Retirement Finances
Bill Gates is ‘very optimistic’ about the future: ‘Better to be born 20 years from now…than any time in the past’
Biden administration rolls out a blueprint for a ‘renters bill of rights’ – Here’s what it includes
Rocket Lab establishes new U.S. foothold with successful launch after years of delays
The Average Rent In Boston Now Rivals Bay Area Cities