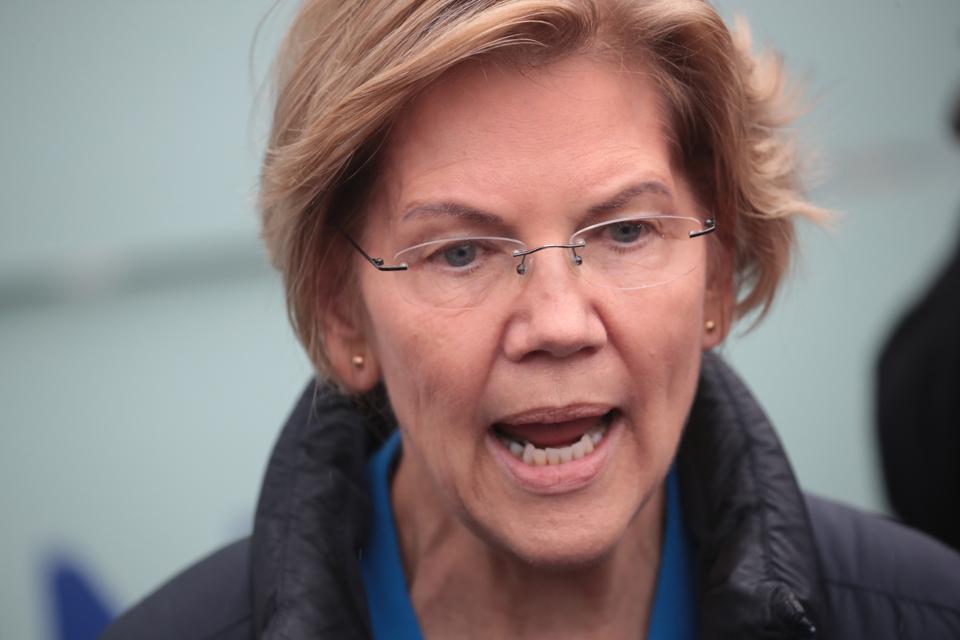 Democratic presidential candidate Elizabeth Warren has, as promised, released a plan to pay for her Medicare for All health insurance plan. She has come up with a clever way to make workers indirectly pay for a share of that single-payer government system while making it look like a new tax on employers.

Her plan has many elements, but let’s focus on just one: A new fee (or tax) on employers equal to 98% of their current health insurance costs. In effect, rather than paying insurance companies to cover their employees, firms would pay the government to insure their workers. Warren estimates this levy would raise $8.8 trillion over the next ten years, just a bit less than she estimates firms would pay in health costs under the current system.

To take a really simple (and unrealistically low) example: Imagine a company offers its workers insurance that costs an average of $10,000 annually. The firm pays $7,000 and its workers pay $3,000. Under Warren’s plan, the company would no longer have to provide insurance coverage to its employees, who all would get government-funded healthcare.

Because she’d base the tax on what employers currently pay for health coverage, she’d perversely punish those companies that offer the most generous (and costly) health insurance. This would be especially dramatic for small businesses: They’d be exempt from the tax if they do not offer health insurance today but would owe the tax if they currently do cover their workers.

Why should you care?

As a worker, you might say, why do I care about any of this? I’m getting insurance now. I’ll get it under Medicare for All. My employer pays a tax. It costs me nothing. Plus, I’ll no longer have to pay my share of workplace insurance or most co-pays and deductibles.

But the story isn’t quite that simple. Workers, it turns out, will be paying some of this tax themselves—but indirectly.

Here’s why: When employers pay for your health insurance, they are using money that they otherwise might be paying you other compensation, such as wages.  Absent Warren’s new tax, a firm that no longer has to pay for insurance will likely use some of its cost savings to raise wages or other benefits. Thus, absent the tax, workers would get government-financed health care plus a raise. The only problem: It would blow a huge hole in the federal budget.

With the tax, they will get no raise since the total cost of hiring a worker will remain roughly the same. The new tax will simply substitute for the cost of today’s employer-sponsored healthcare (less 2%). Thus, workers still will be paying a tax. But it will be indirect—and very hard to explain.

Warren acknowledges this when she exempts unionized firms, who would be allowed to reduce their tax payments if they pass along their healthcare costs savings in the form of wages, pensions or benefits.

However, her proposal would be regressive.  Warren’s indirect levy is effectively a flat tax on all workers at the same firm. By contrast, a straightforward income tax or well-designed payroll tax would be much more progressive. At least according to the conventional analysis that analyzes taxes separately from the government programs they finance.

Give Warren credit for putting forward a plan to pay for Medicare for All. And she has found a clever way to make middle-income people finance a portion of government health insurance without paying a direct tax. But make no mistake, they still will be paying.

One of Jeff Bezos’ secrets to success: The boss should always talk last in meetings
A travel insider explains how people who hate cruising — can learn to enjoy it
Europe’s crackdown on Big Tech omitted TikTok — but now that’s set to change
There’s a buzz about green hydrogen. But pink, produced using nuclear, may have a huge role to play too
Britain sets out plans to regulate crypto industry in wake of FTX collapse