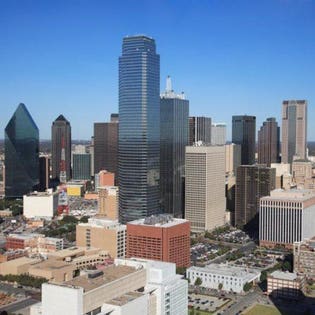 Today, though, the conversation has changed. Investors are looking beyond the big six to other large and midsized metros around the country. Dubbed 18-hour cities, they are having a moment in CRE, and developers are flooding into these markets to take advantage.

Fueling this new gold rush is the fact that America’s three largest cities — New York, LA, and Chicago — are losing residents at an alarming rate. Recent census data indicates that 277 people are moving away from New York every day. Meanwhile, 18-hour city Dallas is welcoming an astounding 246 new residents daily.

Why are 18-hour cities attracting so many residents? There are many factors, but I believe there are two main catalysts for this migration:

1. The cost of living in the big six cities is out of control.

2. Many 18-hour cities have started offering the same urban amenities as 24-hour cities, but for a fraction of the cost.

Still, not every 18-hour city is attracting residents. While Denver, Nashville, Seattle and the Texas Triangle are growing quickly, other metros such as Cleveland, St. Louis and Milwaukee are struggling to keep pace. In this once-in-a-lifetime demographic shift, cities can’t afford to miss out on their piece of the pie.

So, what are the most successful 18-hour cities doing to attract residents, and what can lagging cities do to catch up? Here are four strategies every city should put into practice:

Austin, Texas, might look like an overnight success to some, but in reality, the city has been active in economic development for decades. Back in 1957, the Austin Chamber of Commerce started investing in the recruitment of “light manufacturing” companies. Nearly a decade later, in 1966, it scored its first big fish: IBM. Then Texas Instruments opened offices in 1969, followed by Motorola in 1974. The rest, as they say, is history.

Investing in jobs is easy to say, but far more challenging to do. Today, cities must balance funding between recruiting outside businesses and investing in homegrown startups. Both are vital to a thriving city.

Companies of all sizes need large, reliable, diverse tech infrastructure. This includes not just network infrastructure like Wi-Fi and cellular, but technology incubators, research labs and collaborations with local universities.

The Research Triangle in North Carolina is the best example of the power of tech infrastructure. The metro area consisting of Raleigh, Durham, Cary and Chapel Hill has just 2.1 million residents but has grown over 20% in the last decade. Its tech infrastructure includes Research Triangle Park — the largest research park in the U.S. — and of course, three world-class research universities in Duke, UNC, and NC State.

Residents don’t live at the office or in a research lab. At the end of the day, they want to enjoy the cities in which they live. That’s why the most successful 18-hour cities are not just known for their job growth, but their unique, often funky cultures.

Many of these cultures are world-renowned. Austin is the live music capital of the world. Denver and the Research Triangle are outdoor meccas. Portland is just plain weird (and residents would like to keep it that way). Distinctive cultures create environments where businesses and residents thrive.

How can other cities create their own unique cultures? They can’t just copy what they see in other cities. Instead, they need to look inward and find what makes them truly different and then promote it to the world.

My hometown of Kansas City is doing a great job of this right now. We’re traditionally known for our jazz, barbecue and fountains. In the past decade, we’ve built off that foundation to create a distinctive culture that’s uniquely KC.

One key reason residents are leaving the big six cities is the cost of living. Growing cities need to learn from their larger counterparts and head off any future housing crises. That means investing in affordable housing and new types of living models.

The epicenter of the affordability crisis is San Francisco, where the city refuses to change zoning laws that would ease cost pressures on residents. Currently, one-bedroom apartments are going for over $3,000/month.

But 18-hour cities don’t have to fall into the same trap. By investing in mixed-income housing and adopting inclusionary zoning, they can grow while keeping their city affordable for everyone. Developers can further improve housing affordability by adopting the latest smart building technology. Building automation systems and preventative maintenance alone can save a property millions in lower utility and repair costs.

Cities should also be open to new forms of housing, including co-living. Common, a leader in the space, is actively expanding into 18-hour cities with plans to enter 13 new markets in the next few years, all of which are 18-hour cities, except for Boston.

This Is Not A Zero-Sum Game

The boom of 18-hour cities is not slowing anytime soon. The good news is this: It’s not a zero-sum game. Virtually every city can gain residents in this new era. We can all earn our piece of the pie.

I laid out four strategies that make up the recipe for success. The best time to invest in these strategies was back in 1957. The second-best time is now.

Bill Gates says no country ‘gets an A’ for its Covid pandemic response—including the U.S.
As hit film ‘Everything Everywhere All At Once’ racks up Oscar nods, here’s what really happens in an IRS audit, according to tax pros
Know The Times When An IRA Conversion Is Most Likely To Pay Off
Be Aware Now: Here’s Where SECURE 2.0 May Hand You Unexpected Benefits
Mark Cuban used this grocery store hack to get cheap food when he was broke