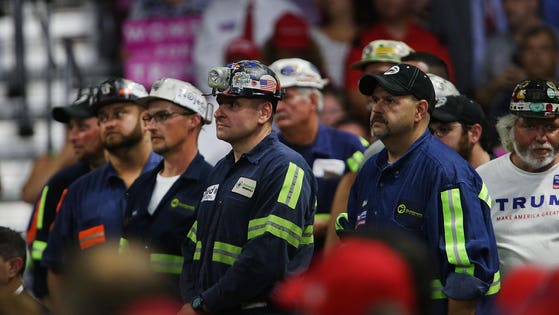 A forensic review of the endangered mine workers pension should be undertaken immediately. Workers and retirees deserve answers and once the Pension Benefit Guaranty Corporation takes over the plan, it will be too late.

The bankruptcy of Murray Energy, America’s largest private coal mining company has coal workers “nervous and scared” for their pensions, says CNN. The company is seeking to dramatically slash its liabilities through bankruptcy, including $8 billion of pension and retiree healthcare obligations.

Murray is the last major company contributing to the United Mine Workers of America’s pension plan which provides benefits to about 87,000 retired miners and surviving spouses who collect on average about $600 monthly.

Retirees and workers should be worried. Pension cuts are almost certainly looming.

However, now is the time to take action to protect their pensions.

Doing nothing—sitting back, is not an option. That’s a risk pension participants can’t afford to take.

For years I have advocated that every dead or dying pension deserves an autopsy or independent forensic investigation.

When a pension collapses and the retirement benefits promised to thousands of workers are slashed or eliminated, a postmortem examination to discover the cause of death should be demanded. Lives have been traumatized—retirement dreams shattered. When a pension dies, experts who opined over its lifetime it never would, have some explaining to do.

Every pension death I’ve witnessed involved multiple experts responsible for monitoring the deceased’s “vital signs” i.e., soundness of the plan, including the calculation of future liabilities and assumed rates of return, allocation of assets, and fees paid to investment managers.

The judgments of these so-called experts are rightfully called into question by the unexpected death. To the extent they may have contributed to the demise of the plan, they should be held accountable.

In my experience, having forensically investigated over $1 trillion in retirement plans, pensions don’t just implode overnight. There are always warning signs or “red flags” that have been disregarded for decades. Why?

Generally all parties responsible—including the Pension Benefit Guaranty Corporation (the federal government agency that is supposed to protect pensions)—agree there is no need to investigate the causes.

A forensic review of the mine workers pension should be undertaken at this time, in my opinion. Workers and retirees deserve answers and once the PBGC takes over the plan, it will be too late.

While PBGC publicly states its mission is to ensure that corporations sponsoring defined benefit pensions are prepared to honor their obligations to workers, its private agenda is to assist corporations in abandoning their pension obligations. The U.S. government’s belief is that if American corporations are to compete globally in the future, they must be freed from promises they made to their employees over the past 60 years or so. Unfortunately, several generations of America workers must be stripped of their retirement security if this effort to boost corporate profitability is to be successful. Furthermore, the past 60 years of prosperity American corporations have enjoyed would not have been possible without the hard work of millions who are relying upon these pensions.

Forensic audits of failed pensions will not expedite the wholesale abandonment of America’s defined benefit pensions. Uncovering malfeasance, assigning blame and recovering from looters is a dirty job and takes time—but will save pensions.

My investigation of the bankrupt US Airways pilot’s pension revealed profound omissions, errors, conflicts of interest, hidden and excessive fees and potential violations of law regarding dozens of firms that provided key services to the Plan, such as audit, actuarial, custodial, investment consulting, foreign exchange, securities trading and money management.

There was ample evidence that the failure of the US Airways Pilots’ Pension Plan was due to mismanagement and wrongdoing, not lack of funding.

If you’re a mine worker or believe that mine workers deserve to learn what happened to their pension—if you believe that investigations of pensions that fail to provide the retirement benefits they promised  make sense—then take the first step and sign an online petition for a forensic investigation.