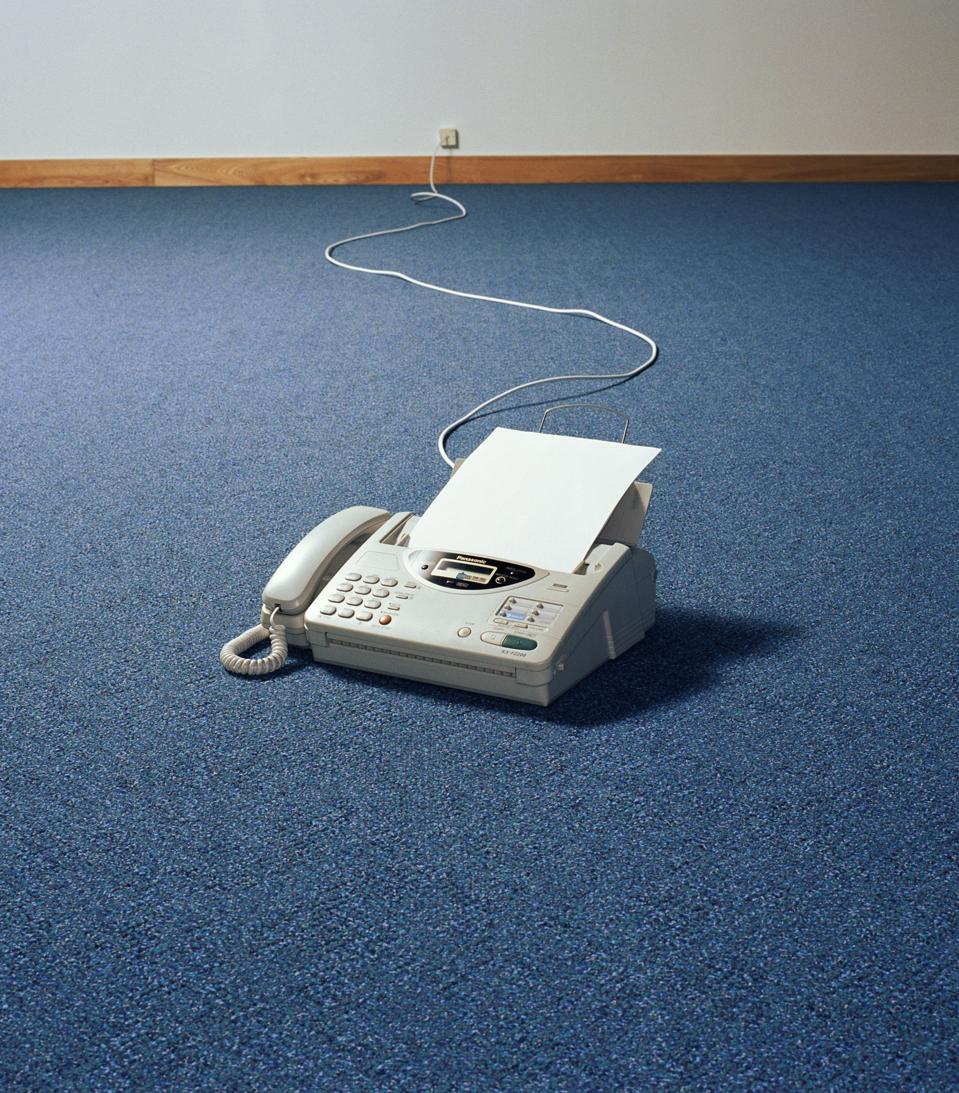 The fax machine transformed our business. At first, I thought that was great. Documents spewed out of the faxers all over my real estate office, printed on those rolls of thin shiny paper the machines needed back then. When faxes first came in I was still working primarily as an agent, and they seemed like magic. A document which, in the past, would have been mailed or hand-delivered was suddenly available almost instantaneously. What could be better?

As it turned out, a lot! The digital revolution has ushered in a culture of acceleration about which I have, as a businessperson and business owner, become increasingly ambivalent over the years. What started with those primitive machines gradually developed into faster faxes, then faxes on regular typing paper, then faxes which could carry legally-recognized signatures. Meanwhile, computers developed the capability to send and receive faxes, then PDFs. Handheld devices were next to harness that technology. Now DocuSign and similar solutions enable users to sign digitally; these advances have made most real estate transactions completely or substantially paperless.

The speed and ease of digital communication mitigate all too often against a carefully considered response. In the days of the messenger and the mail, we thought more about what we wrote. Actually, writing (longhand-remember that?) or typing created more space in which to craft a carefully considered response. Neither the mail nor messenger services encouraged the innumerable back-and-forths which are now the email norm; if you were only going to get one or two bites at the communication apple, you were going to get it right. That also made the phone indispensable. Even today, real estate agents should be on the phone more. The importance of tone, the gradations, and emotions conveyed by the voice, facilitate successful communication and express often valuable subtleties which can’t be captured electronically. Email is by definition tone-free, so it’s both subject to misunderstanding and devoid of the overlay of tonal cues which voice to voice communication provides.

We all fire off email responses. Writing reactively can cause us to say things we may regret. It can impede negotiation as the parties become more hardened in their positions, which is far easier to do when you aren’t actually TALKING to the person on the other side of the table. Lawyers, for example, actually spoke to each other when the option of a-mailing comments back and forth, often digging deeper into a misunderstanding with each iteration, did not exist. This has been particularly true during 2018 and 2019 when buyer and seller expectations have differed so greatly. Issues as simple as the disposition of drapes or a chandelier have threatened our deals, at least in part because no sympathy has been built up by voice-to-voice dialogue between the parties.

Clearly, the age of electronic communication has brought with it a host of business benefits. There are times when speed is essential, and today quick turnaround can facilitate many aspects of the real estate deal. That said, the injection of urgency into all forms of communication which began with the fax machine brings a plethora of new problems to transacting business. We are all “on” all the time. The fact that we CAN turn things around in a moment makes us feel that we SHOULD. Often that leads to exactly the wrong result. Many aspects of the transactions we as brokers facilitate benefit from a 24-hour or even 48-hour delay during which the parties really contemplate their strategies and best responses. The acceleration of communication and the often false urgency which it creates must be managed. Tech tools are precisely that, tools. We need to be vigilant lest the tail ends up wagging the dog.

McDonald’s is about to report earnings. Here’s what to expect
The current job market is a ‘juggernaut,’ economist says. Here are 6 things to know as a job seeker
Qualcomm revenue falls 12%, guidance implies more pain this quarter
Amazon to report quarterly results after market close
Deutsche Bank shares slip despite profit beat as traders look to uncertain outlook