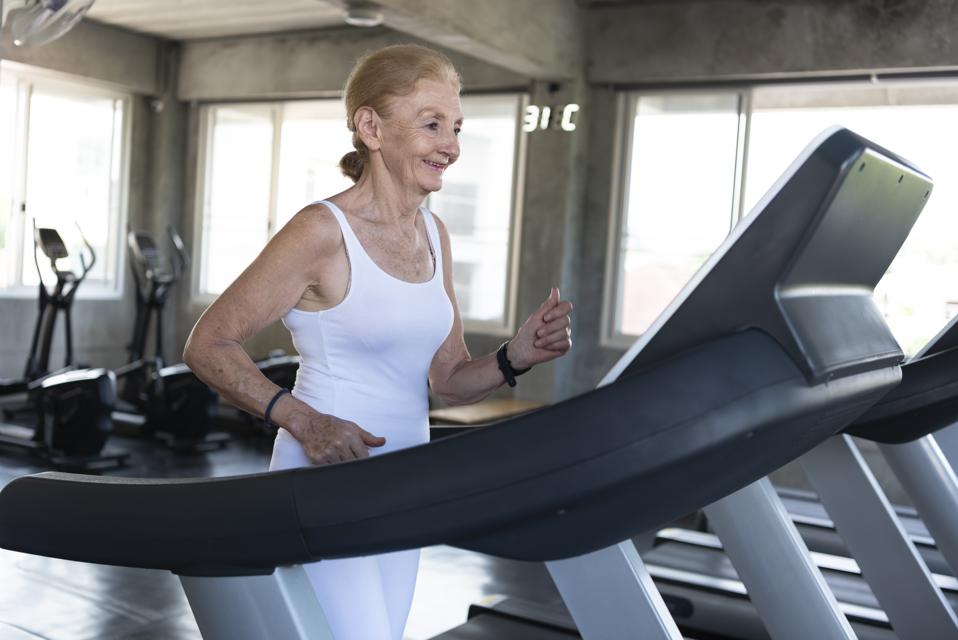 High-intensity treadmill workouts may not immediately spring to mind when considering a suitable exercise regimen for seniors. But, according to a new study, these workouts can significantly boost memory function by up to 30%.

Researchers from McMaster University in Ontario, Canada recruited 64 seniors between the ages of 60 and 88 for the twelve week study. Other than having a low activity level before the study, the seniors were otherwise healthy.

The participants were split up into three experimental groups, one group did moderate treadmill exercise that pushed their heart rates up to 70-75% of their maximum for their age, another did more intense workouts which pushed heart rates up to 90-95%, but for shorter bursts of time and the third group did gentle stretching exercises.

Seniors in the high intensity exercise group experienced significant improvement on memory tests of up to 30% after the three month program. Interestingly, participants in the moderate exercise or stretching group showed no average improvement in memory.

“The test looks at the ability to remember the details of new memories without mixing things up,” said Jennifer Heisz, an associate professor in the Department of Kinesiology at McMaster University and lead author of the study. “For example, if you meet two new people today, it is important to not mix up their names or personal information, or to remember that you took your medicine yesterday rather than today,” she added.

Dementia, which encompasses dozens of conditions that feature memory loss, mostly in elderly people, affects 9 million Americans, according to the Dementia Society of America. Heisz’s lab previously showed that physical activity level contributes just as much to the risk of dementia as genetics.

“Physical activity is the greatest modifiable risk factor for dementia. This is a very important message for public health given that most people are not at a genetic risk,” said Heisz.

So what should seniors who want to get more active do?

“I always recommend that people do what they love because that means they will be more likely to do it! It’s never too late to get the brain health benefits of being physically active, but if you are starting late and want to see results fast, our research suggests you may need to increase the intensity of your exercise,”said Heisz, adding that all study participants got clearance from their doctor before enrolling in the study.

An important point is that the older adults in the study were otherwise healthy, which may not be the case for many seniors. But will high-intensity exercise work for people who are already experiencing dementia?

“Exercise helps reduce the risk of dementia and mitigates some dementia symptoms, including improving activities of daily living and mobility and it may improve general cognition and balance,” said Heisz, adding that there have not currently been any studies looking at high-intensity exercise in people with dementia, but there is scientific reasoning to believe it may be beneficial.

“There is urgent need for interventions that reduce dementia risk in healthy older adults. Only recently have we begun to appreciate the role that lifestyle plays, and the greatest modifying risk factor of all is physical activity,” said Heisz.

Floyd Mayweather Throws In Tax Court Towel Owes $6,659,610
Cryptocurrency Was Sold To State And Local Pensions As ESG
Toyota CEO and President Akio Toyoda to step down
Uber Freight cuts 150 jobs, about 3% of the unit’s head count
These are the key tax forms you need to file your return — and when to expect them