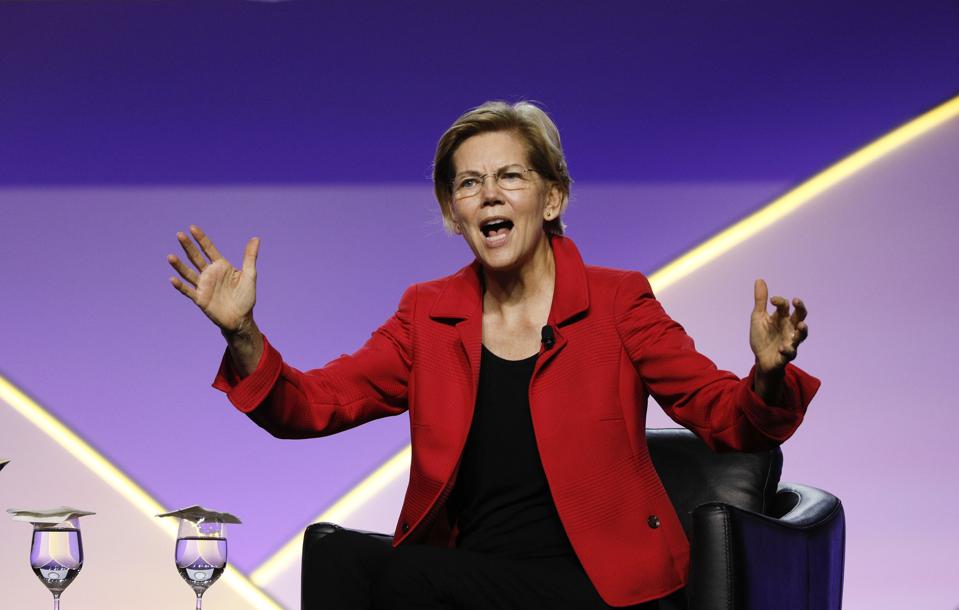 You’ve heard the policy arguments repeatedly, so we won’t rehash the details. Suffice it to say there’s a whopping imbalance in our collective bang for the buck when it comes to the U.S. healthcare system.

There are variations in the design of other countries’ national health programs, but very few rely on employment status. “Go get a job” may be sound advice for 20-somethings living in their parents’ basement, but it’s not how you’d design an optimal healthcare delivery system if starting from scratch.

Our reliance on employer-provided plans is a classic example of path dependency. We belatedly realized that it’s a flawed system, but it’s also what our culture has learned to accommodate. To jettison it now would be massively disruptive. We already have a national healthcare regime that’s relatively popular: Medicare. Sen. Elizabeth Warren, D-Mass., wants to lower the eligibility age to zero. The minute you’re born, you’re covered — and it stays that way throughout your entire life.

We recently learned how Warren intends to pay for her ambitious Medicare for All proposal. Previously, she spoke only in vague terms about how some economic burdens (read: your taxes) might increase while other related expenses (read: your premiums, deductibles, and co-pays) would either decline or vanish altogether. And just imagine how much larger your paycheck will be once your employer is no longer obliged to insure you and your dependents. That’s not an outrageous argument, but it does require a bit of salesmanship. Even voters who might be generally sympathetic to Warren’s intentions are skeptical about how well this supposed trade-off would work in practice.

What if your taxes increase to help fund Medicare expansion, but your take-home pay stays exactly the same? Who’s to say that employers wouldn’t simply pocket the savings? The economics of the labor market suggest that in the long term, most of an employer’s insurance savings would be passed on to the workforce in the form of higher wages — otherwise they risk losing skilled workers. But that process could take years. People are leery about rose-tinted predictions of future benefits falling into their lap through the invisible hand of market dynamics.

Politically speaking, Warren needed to answer to the most obvious of questions: Would taxes increase for middle-income taxpayers? The need for clarity only increased after the other progressive candidate in the presidential race, Sen. Bernie Sanders, I-Vt., acknowledged that taxes would increase under his healthcare plan. Centrist Democratic candidates, such as Sen. Amy Klobuchar, D-Minn., have declared that it’s a pipe dream to imagine that the country could fund Medicare for All without some kind of tax increase on middle-income taxpayers. Warren needed to rebut those arguments.

To that end, Warren created a package of revenue raisers that she claims will net some $20.5 trillion dollars over the 10-year budget window from 2020 through 2029. In cobbling together the various pieces of her tax plan, she borrowed from existing proposals that many readers will recognize. Accompanied by Warren’s revenue estimates, these include:

Here’s the important thing to keep in mind: These revenue raisers are best viewed as a form of political messaging. Warren’s personal brand is that she’s a progressive technocrat with an answer for almost everything. Given that posture, she couldn’t avoid telling us how she intends to pay for new government spending.