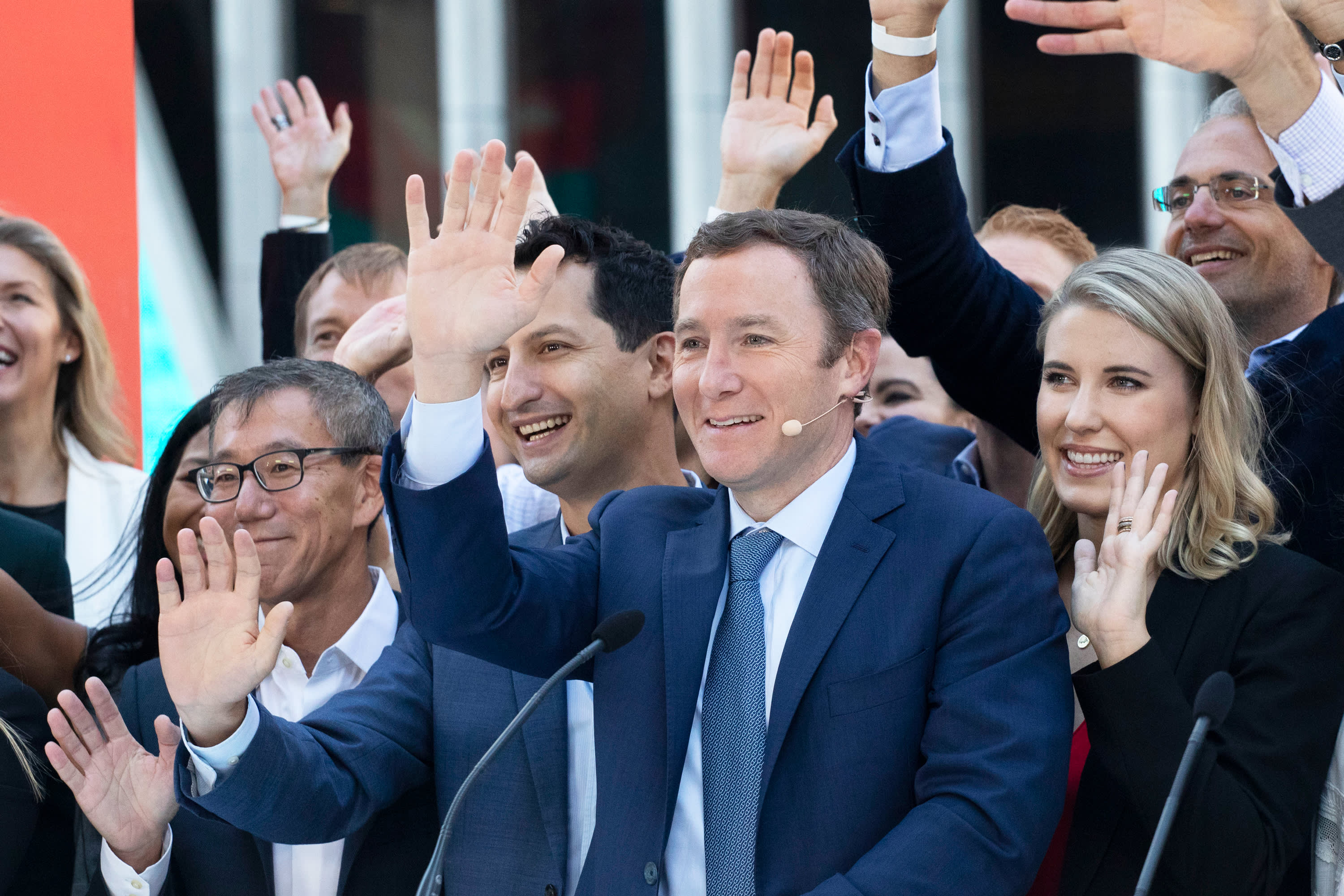 Peloton Interactive reports earnings for the first time since going public before the bell Tuesday.

The company, which sells connected fitness equipment and subscriptions to stream its workout classes, made its public debut in September. Wall Street is growing increasingly skeptical of money-losing start-ups, with names like SmileDirectClub, Uber, and Pinterest all struggling in the public market this year.

Peloton’s stock is trading around $24, below its IPO price of $29. Peloton had the second-worst debut of a so-called unicorn, or a company with an offering size larger than $1 billion, this year.

CEO John Foley co-founded Peloton in 2012. The company sells exercise bikes and treadmills for about $2,000 and $4,000, respectively. Members pay $39 a month to stream classes on the screens attached to the equipment. Peloton also sells a digital membership that for $19.49 gives people access to classes on its phone app.

Disclosure: CNBC parent Comcast-NBCUniversal is an investor in Peloton.

This story is developing. Please check back for updates.

Fed raises rates a quarter point, expects ‘ongoing’ increases
Self-made millionaire: Here are 8 things rich people do differently that make them ‘ultra wealthy’
DraftKings cuts 140 jobs as part of reorganization
Snag The Top Of A Towering 20th-Century Palace In Bilbao, Spain
Sam Bankman-Fried Bought This Washington DC Townhouse, Now For Sale At Exactly What He Paid For It