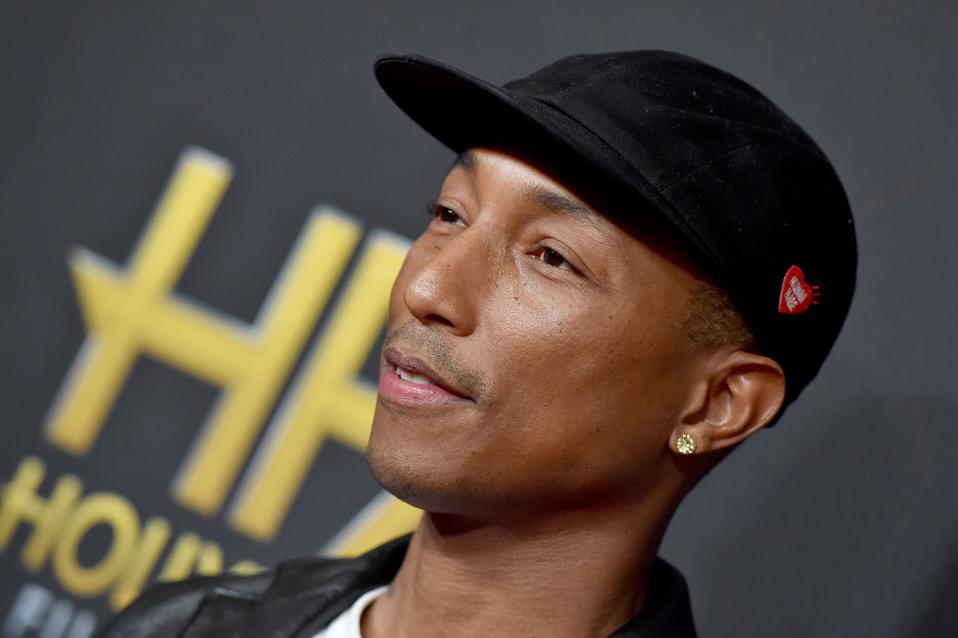 Musician, producer, talent show judge, clothing designer and the happiest guy to ever sing a song on a city street, Pharrell Williams has just announced a design partnership with a major two-tower development in downtown Toronto. Called “untitled” the project will bring 750 new condo units to the corner of Yonge and Eglinton streets, where major retailers and restaurants already occupy significant street-level frontage. The announcement took place at a press conference downtown near the project’s location with Williams participating via a video statement he filmed while in Japan. Williams is expected to be in Toronto for the official launch of the project in January and sales are expected to open in early 2020.

Very few specific details were revealed about the actual design, but the descriptions provided all center around it being a ‘backdrop’ for living rather than having pre-set design decisions made for the buyers. The exterior appears to follow a corrugated style with outdoor spaces on each level. Here’s a rendering from the perspective of someone standing on the ground looking up between the two towers.

“Pharrell pushed us towards designing spaces that felt universal,” said Shane Fenton, Chief Operating Officer of Reserve Properties, one of the partners in the deal. “Instead of dictating a lifestyle onto our purchasers and residents, we aimed to create harmonious spaces that could serve as the backdrop to their lives. That lens was applied throughout the entire building until we ended up with something that felt both timeless and singular.”

And as Williams explained in a message posted on his Instagram account, “Where you live defies labels. Space is only a backdrop. The experience is you. Live your life untitled.”

The project is a joint venture between Reserve Properties and Westdale Properties, with the design team consisting of architects IBI Group and Interior Designers U31. Williams gave input on all aspects of the design from how the exterior looks to the interior design and furnishings.

Alphabet misses on earnings and revenue as YouTube falls short
There’s a buzz about green hydrogen. But pink, produced using nuclear, may have a huge role to play too
Don’t risk a tax audit. Here are four reasons the IRS may flag your return
Silvergate Capital shares jump after BlackRock reports increased stake in the crypto bank
Inside The California Mansion Where Harry And Meghan Filmed Their Netflix Documentary