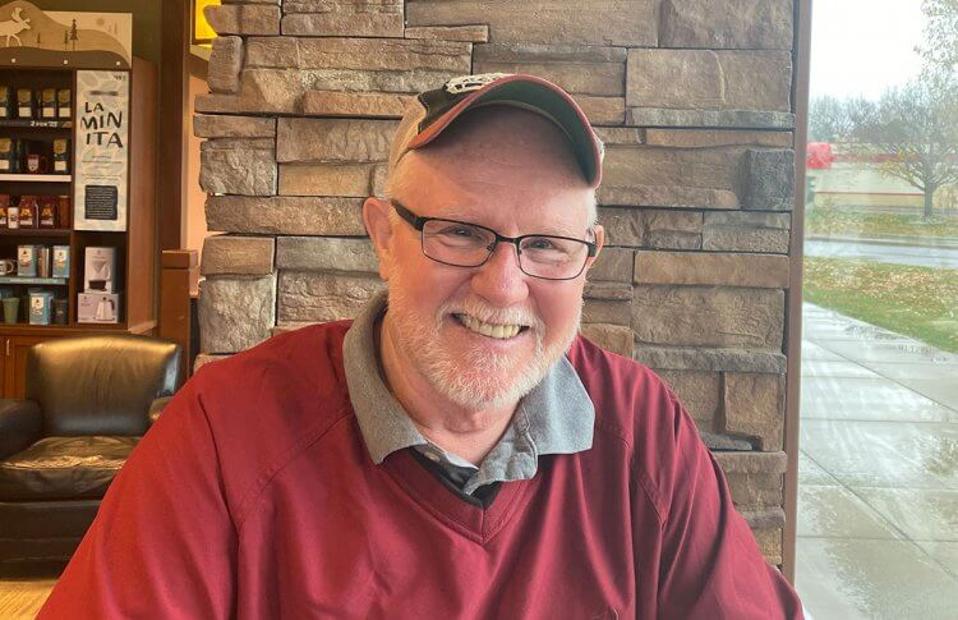 Brave New Workshop is an improv theater in downtown Minneapolis. Several years ago, I participated in its 55+ improv class taught by theater veteran Jim Robinson. A dozen students and I went through classic improv exercises, including spinning a tale one sentence at a time by saying “yes, and” before adding to the story.

The big lesson I took away about creativity from those classes is how vitally important the “yes, and” mindset is. Lately, I’ve come to realize that’s especially true when you’re looking for a job after 50.

Most of us, at work and at home, often respond to others with “yes, but,” pointing out what’s wrong with what we hear. The “yes, and” response instead encourages openness to new ideas and opportunities.

I thought of the importance of improv and the “yes, and” approach to the job search in the second half of life after recently meeting Tom Zitzmann in a coffee shop in Plymouth, Minn. Zitzmann, who’s 66, drives a truck in an underground gold mine near Elko, Nevada. The job isn’t something he ever imagined doing. But he loves the work, and the income has stabilized his household finances.

For 23 years, Zitzmann worked with the Carlson Travel Franchise Group, mostly training owners, managers and agents. Then, he was unexpectedly laid off in 2009 at 56. Money was tight. Zitzmann kept applying for full-time positions while making ends meet with a variety of part-time jobs — for the 2010 Census, Best Buy and a small marketing company where he poured liquor on weekends. He was putting in 60 hour work weeks and not getting ahead. In 2011, his wife — now 68 — got laid off from her job at a computer company.

And that’s where his story takes a twist. Zitzmann, who was adopted right after birth, had later in life contacted members of his birth family (his birth mother and father had died). One birth brother lived in Elko, Nev. and owned a small trucking business. He encouraged Zitzmann to come and be a truck driver at one of the area’s underground gold mines; Zitzmann had some experience driving trucks and construction equipment, mostly in high school and college.

“I’d call people on the phone establishing contacts. I’d apply online with all the major mining companies working in Northern Nevada. I kept notes on everyone I talked to and used their name when I contacted someone else from that company. Jobs were there, but still tight for a rookie like me,” Zitzmann recalls.

To make himself a stronger job candidate, he read all the mining journals and newspapers he could find. That way, he’d know some of the jargon and be able to use it in job interviews. And, Zitzmann says, “I’d tell my story to everyone and try to make connections.”

It worked. He landed a job and started on June 7, 2012. Since then, he’s been driving a truck in the mines for seven days straight followed by seven days off, typically working 84 hours a week. Household finances have definitely improved and he’s contributing to the company’s 401(k). He returns to Minnesota whenever practical on his off weeks.

In 2018, he won a Safety Champion award from the Nevada State Mining Association.

I’m consistently amazed at the creativity some people over 50 exhibit when looking for work that offers them purpose and a paycheck. Park ranger. Housesitter for wealthy families. Work-camper, or modern-day nomads in RVs holding jobs at seasonal businesses.

But this kind of creativity and persistence by older job seekers is pretty unusual.

“Ninety-five percent of the time, people are conventional in their job search,” says Steve Jewell, a Twin Cities-based human resources consultant and corporate recruiter. “But five to ten percent say: ‘I’m going to get what I want in a different setting.”

That’s what Michelle Eggenberger did. Her “yes, and” approach started after becoming a fellow at the University of Minnesota’s Advanced Career Initiative year in 2017. That program offers a “gap year” for experienced workers to transition from one career into one with a focus on purpose.

Eggenberger had been a three-decade construction industry veteran. The last seven years of her career, she gave talks on sustainability at industry conferences in the Midwest. In her mid-50s, when her architectural firm wanted Eggenberger to expand her geographic territory, she decided it was time for a change.

“I was bored out of my mind,” she says. “I didn’t want to retire. I still wanted to do something and have a career.”

The question was: doing what?

The U of M program gave her time for introspection and to get feedback on a few ideas. “You have to answer the tough questions,” she says. Questions like: What do I want to do? What am I willing to give up? What am I good at?

Eggenberger knew she wanted a fast-paced job where she could use her experience as an asset and solve problems. She decided to become an airline gate agent.

These days, if you fly into the Twin Cities airport, Eggenberger is one of the Delta employees wearing a red coat.

Getting that job took persistence and, yes, creativity.

She didn’t have industry contacts. So, Eggenberger researched the airlines flying out of the Twin Cities airport and landed a job interview with Jet Blue.

“I totally blew it,” she laughs.

An interview at Southwest didn’t go much better.

She worked on her interview techniques, and Delta eventually hired her as a gate agent. She’s since been promoted to supervisor. While Eggenberger is making less money in her new career, she loves going to work. “This is my calling,” she says. “This is my gig. I love it.”

One more story of job-hunting creativity and persistence after 50: Budd Farley, 62.

He was a professional musician briefly early in his career, attended college in his early 30s and became a graphic designer for about a decade. A single father raising three children, he needed a better income, so Farley shifted to sales in the information technology business.

He did well financially and stayed in the job for 10 years but didn’t enjoy the work.

So, he quit several years ago. “I hung in it as long as I could,” Farley says.

He tried a number of jobs. Nothing panned out. Then, his daughter, a nurse at a local hospital, suggested he attend a hospital industry job fair. He did and then applied to become a transporter for M Health Fairview (the medical complex for the University of Minnesota, University of Minnesota Physicians and Fairview Health Services). A transporter takes patients from their hospital rooms to their procedures and back.

Farley was hired in June 2019. He makes much less than he did as an IT salesperson but is more than fine with that.

“I love the job,” he says. “It’s very meaningful. To be involved with people often going through a crisis is humbling. I’m just making sure they are comfortable.”

And, he adds, “If you can touch someone’s life for five to ten minutes, it’s beautiful.”

One of the hardest questions I get speaking at events about jobs, entrepreneurship and finding purpose after 50 is when people come up, tell me their job search story and ask “What can I do?” They’ve run into age discrimination. Money is tight.

They’ve sent out dozens (sometimes hundreds) of resumés and never hear back.

The doors into the industry that defined much of their career now seem closed.

There are no easy answers, of course. Except maybe this one: Try becoming creative and persistent in your job search. In other words, “yes, and.”