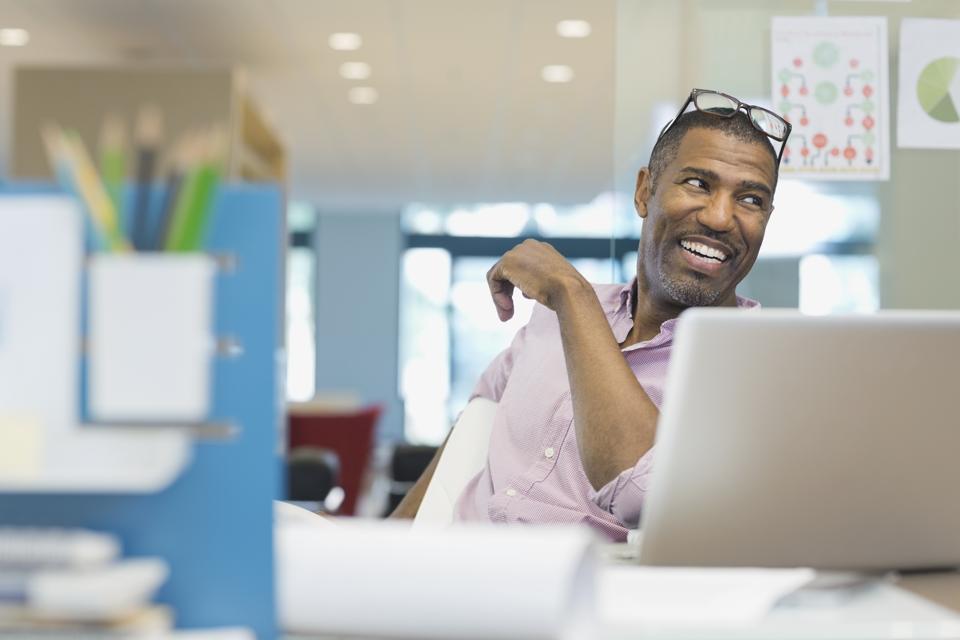 One problem with those often depressing online calculators telling you how much you need to save for retirement is that they assume the traditional definition of retirement. You know, the one that figures you’ll stop working at 65 or so, full-stop. As the new episode of the Friends Talk Money podcast on personal finances after 50 notes, however, that idea of retirement is outdated. (You can listen to the episode at the end of this article or on your favorite streaming service, where you can find the first three episodes, too.)

Sandy Tobins, of Centerville, Mass., offers a perfect example of this in her conversation with one of the podcast’s hosts, Pam Krueger — creator and co-host of public television’s MoneyTrack and founder of the Wealthramp.com service to find a fiduciary financial adviser. (Full disclosure: I’m one of the other “Friends” co-hosts, along with Terry Savage, the personal-finance syndicated columnist and author of the new book, The Savage Truth on Money.)

After a Layoff, Entrepreneurship in Her 70s

Tobins, who’s 75, was a stay-at-home mom for many years who relied on her husband for household finances and savings. The couple split up when Tobins was 60, leaving her alone and, as Krueger says on the podcast “without a retirement fund, an income or a plan.”

A friend offered Tobins a job selling home furnishings. “I enjoyed it,” recalls Tobins. “I made a small salary and commissions and I was making bonuses like crazy. In my first year, I was the Number One salesperson in the company, which had six stores.”

Tobins kept at it until she was almost 70 when, suddenly, the owners decided to close the store.

“I had socked away some money in my 401(k), but not enough to stop working and retire,” Tobins says. “I was pretty nervous [and thinking] what do I do now? Who’s going to hire a 70-year-old woman?”

She landed another job but got fired. “I did a little crying and sat down and said to myself: ‘Listen, you’ve done this before. You can do it again.’” Women, Tobins tells Krueger, “have to believe they can reinvent themselves.”

‘This Is Retirement to Me’

And she did, opening a part-time interior design business.

“Now I’m on my own. I’m my own boss. On my own time. I have clients coming out of the walls and people recommending me. I’m probably busier than I should be and I’m making money,” says Tobins. “Don’t tell me how I have to retire. This is retirement to me.”

Tobins reminded me of the industrious and cheery women and men who Next Avenue writer Kerry Hannon interviewed for her book about midlife entrepreneurship: Never Too Old to Get Rich.

If you listen to the rest of the Friends Talk Money podcast episode — which I hope you will — you’ll hear Krueger, Savage and me offering advice about managing finances in the 2019 version of retirement.

And you’ll hear Warren Cormier, an expert who has studied retirement trends for 35 years, talk about what he calls the “two phases of retirement.” The first is “post-retirement,” when you can still be productive and working part-time. The second is “elderhood,” when you can’t.

As Savage says in this episode: “Retirement is not a cliff you fall off and then everything is over with.”

(This article is part of America’s Entrepreneurs, a Next Avenue initiative made possible by the Richard M. Schulze Family Foundation and EIX, the Entrepreneur and Innovation Exchange.)

How Zelle is different from Venmo, PayPal and CashApp
Increasing Retirement Funds By Integrating Existing Retirement Fund Sources (And By Increasing Saving For Retirement)
Britain sets out plans to regulate crypto industry in wake of FTX collapse
How Can Retirees Invest Sustainably?
Travel companies are ‘greenwashing’ — here are 3 ways to find ones that aren’t