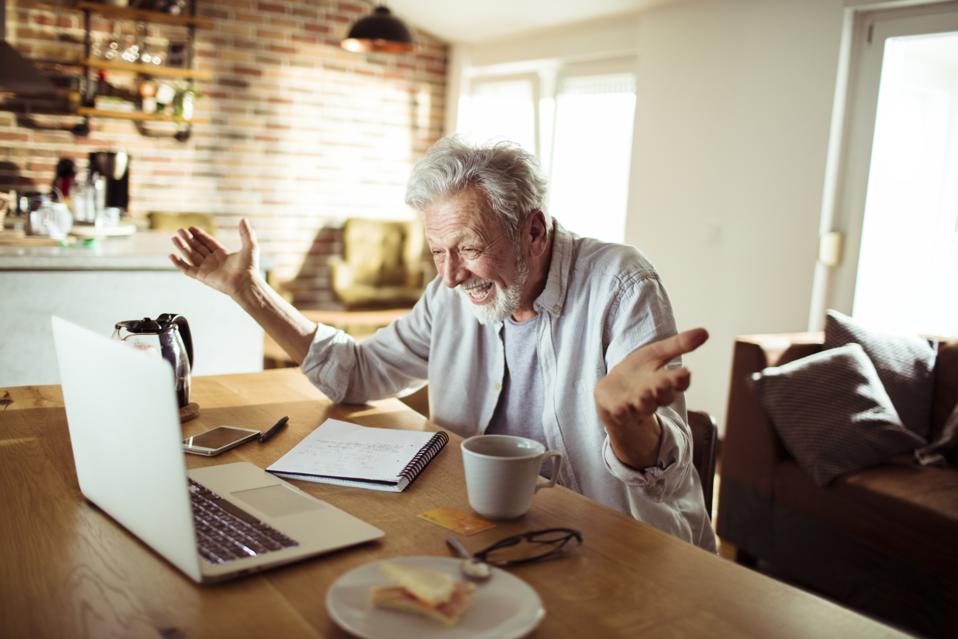 I’m going to show you my favorite (perfectly legal) way to pay 0% tax on your dividend income.

To show you the big savings this could mean, let’s look at two fictional investors who are nearing retirement: Jane and Janet.

We’ll assume both are single, are earning $50,000 per year and live in a state with no income taxes. Now let’s assume Janet has taken the so-called “right” path, as suggested by her financial advisor, while Jane has steered her own course. A quick look at both will show how that “right” path can create a hefty tax problem.

Let’s say Janet put a million dollars in the Vanguard S&P 500 ETF (VOO) because she’s been told that a low-cost index fund is best for retirement. VOO is giving her $14,100 in annual dividends as a result, but because Janet is still working, she’ll have to give Uncle Sam $1,864 in taxes on her dividends for just one year—and that doesn’t include tax she’ll pay when she eventually sells her shares.

Over to Jane. Instead of following the herd and buying VOO, she’s put her million in a lesser-known fund called the Nuveen Municipal High Income Opportunity Fund (NMZ), which pays a 5% dividend yield, giving her an income stream of $50,000 from her investment. Not only is her nest egg now entirely replacing her work income, but she’s also getting all of it.

That’s right. Of that $50,000 a year NMZ is giving Jane, zero is going to Uncle Sam. And it doesn’t matter if she gets a promotion at work and makes more, or if NMZ starts paying her more (which it did for its shareholders at the start of the year; more on that later).

She will not have to pay any of her income from this fund to the tax man.

Of course, the more Janet gets paid, the more taxes she’ll have to pay out. If her work pay rises 20%, for instance, the tax on her dividends will climb to $2,115 per year, meaning her tax burden has gone up by almost as much as her raise!

Municipal bonds, the investments NMZ holds, are popular because they’re one of the few ways Americans can legally get paid without having to pay taxes. It’s all thanks to a 1913 law exempting municipal bonds from federal income tax. Since then, investors have been using “muni” bonds to generate a high income stream—and keep all of it.

How popular are muni bonds? Right now, the market is worth nearly $4 trillion in the US, which is about 13% of the size of the total stock market. Considering municipalities aren’t in the business of making a profit, it’s surprising that muni bonds are as big as they are.

While many muni bonds are gobbled up by wealthy investors looking to cut out the tax man, the middle class often ignores them. One reason why is fear: headlines about municipalities going bankrupt and leaving investors in the cold result in paranoia—and many bad investment decisions.

Here are the facts: according to Moody’s, the total default rate of muni bonds since 1970 is 0.09%. In other words, for every 10,000 muni bonds issued, nine go into default. Put another way, you’re 1,442 times more likely to get in a car crash than to hold a muni bond that defaults.

The Power of Diversification

Here’s another crucial point: when a municipality defaults, it doesn’t mean investors get nothing. In reality, municipalities will restructure their debts on new terms, which could mean a small loss for bondholders. But one way to limit this risk even further is to hold a fund like NMZ.

With $1.5 billion in assets, NMZ can diversify across many bonds (it currently holds 598 of them) to slash the risk of being exposed to a default.

It’s rare to get superior returns and greater safety, but NMZ delivers both.

Finally, a Word on Rates

There’s one last reason why Jane would be smart to buy NMZ: the Federal Reserve.

In 2019, the Fed cut interest rates three times, which has had two effects on muni bonds. The first is that they’re more attractive to investors than before. From 2015 to the start of 2019, when the Fed was raising interest rates, muni bonds were struggling to make headway.

There are two reasons why munis stalled in this period: first, many investors thought they could get higher income streams elsewhere as rates rose. Second, and more important, bonds fall in value as interest rates go up, which meant the resale value of these bonds dropped with the Fed’s aggressive rate-hike cycle.

Fortunately, the opposite is also true: lower rates mean muni bonds go up, which is why you see that huge hockey stick at the end of the chart above. It’s also why NMZ raised its dividend earlier in 2019, and why it may raise it again. The Fed’s aggressive rate cuts have been a blessing for munis this year, and with the central bank likely to continue lowering rates, that hockey stick will get bigger.

Charitable Remainder Annuity Trust Opportunities Under Rising Interest Rates
The current job market is a ‘juggernaut,’ economist says. Here are 6 things to know as a job seeker
Spotify shares pop 10% on strong user growth
Travel companies are ‘greenwashing’ — here are 3 ways to find ones that aren’t
How Zelle is different from Venmo, PayPal and CashApp