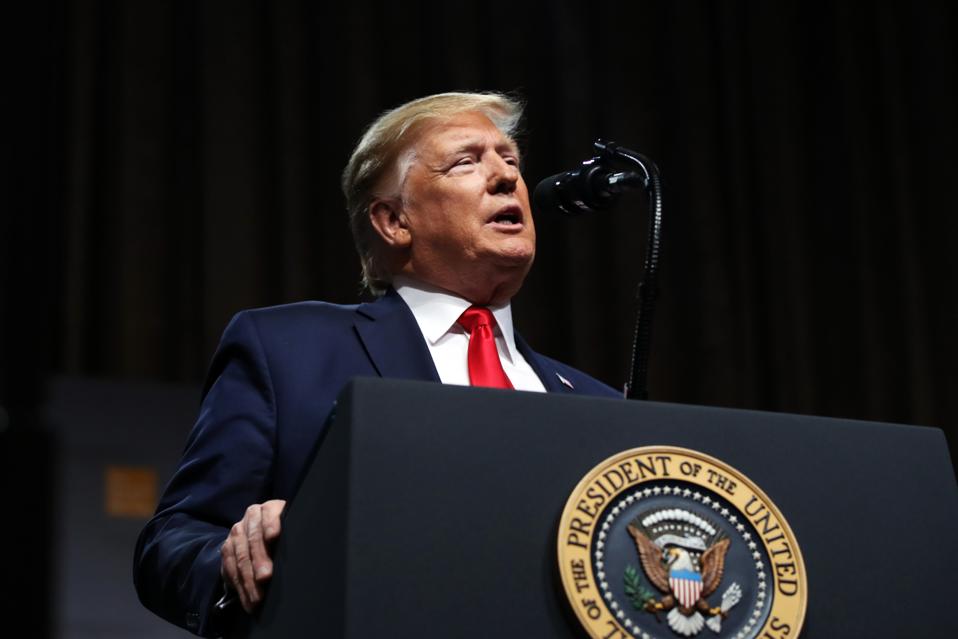 Topline: Speaking at the Economic Club of New York on Tuesday, President Donald Trump criticized the Federal Reserve, touted the health of the U.S. economy and spoke about international trade—particularly on China, calling the nation “cheaters.”

Key background: Trump’s address comes at a time when the stock market has been hitting new record highs in recent weeks, thanks to easing tensions over the ongoing U.S.-China trade war and expectations of a signed ‘phase one’ agreement. But Trump’s latest remarks break a period of relative calm between the two countries, CNBC points out.

Crucial quote: “What was missing were details about progress on phase one of the trade deal with China or the status of auto tariffs which may be placed on imports from the European Union,” says Chris Zaccarelli, chief investment officer for Independent Advisor Alliance.

What to watch for: The stock market stayed relatively flat, as Trump’s speech didn’t provide any new insights on an upcoming trade deal. During the Q&A portion, however, Trump did say that “If we don’t make a deal, we’re going to substantially raise those tariffs.”