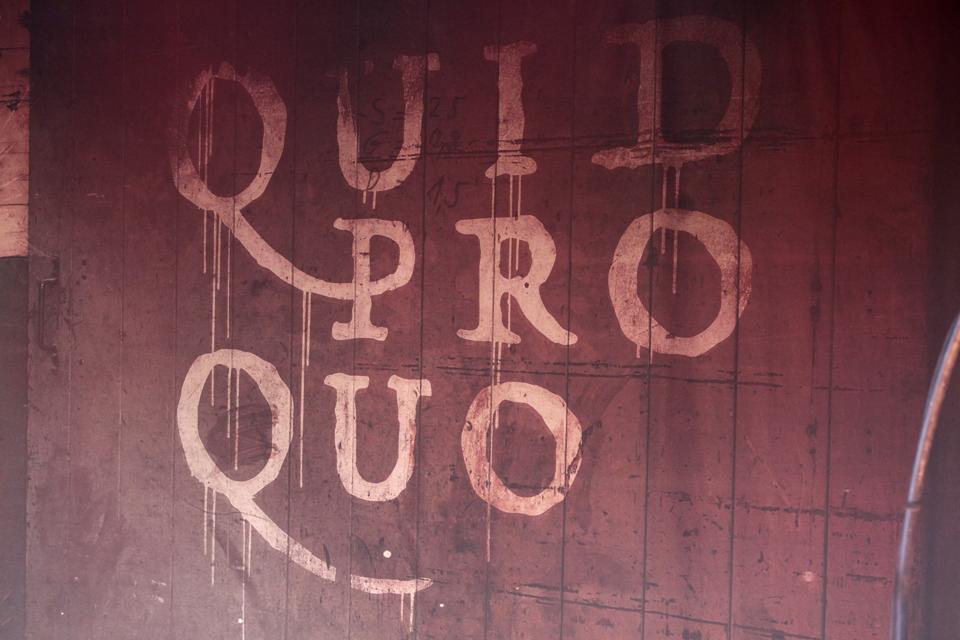 There is plenty of talk these days about whether there was a quid pro quo concerning the President’s interactions with Ukraine. As the hearings and testimony unfold, could the IRS care about this too? The IRS’s concern isn’t about politics, of course, but surprisingly, the concept of a quid pro quo comes up regularly in the tax law. In fact, the same basic concept is there. What’s more, the practical way in which the IRS looks at this issue is pretty interesting. Consider charitable contributions. The tax law is clear that you cannot write off a charitable contribution if it wasn’t really a charitable contribution.

Charitable contributions by real estate developers are one classic context in which this quid pro quo issue can arise. When faced with a big tax write-off for a “donation,” the IRS might sniff out suspect motives for a donation. In many cases, so-called “gifts” to charity were actually more like business deals in which one item is exchanged for some other item of value. How does the IRS determine if a purported gift is really a transfer for value, rather than being purely motivated by charity? Consider the donor’s business and whether other property is benefited. If you donate a city park in exchange for the rights to build a skyscraper, was that really a charitable contribution of the park land to the city? Not hardly.

The quid pro quo problem can arise with a charitable contribution for something in return now, or a promised benefit in the future. Conservation easements are another area ripe for the quid pro quo issue to come up. Conveying an asset to a charitable organization as part of a deal or arrangement to get something back from the organization taints the contribution. It is, in short, merely a business deal, not a charitable contribution. Donations to charity are supposed to be out of generosity, not a business deal in which you get something back. So one way a donation might not qualify for a tax deduction is if you were paying for services, expecting something back in return.

In the ongoing college admissions scandal, a number of parents were charged with crimes, including tax crimes. Additional tax repercussions could come out too. Two leading Senators wrote the IRS a letter pushing for full enforcement of the tax laws against the parents and others who were involved. Some parents had payments made from private foundations or businesses for what appear to be personal, illicit benefits to themselves or their children. In some cases, the letter notes, donations of stock were arranged to masquerade as charitable donations.

The Senate Finance letter points out that several of the parents involved in the scandal may have misappropriated funds from private foundations over which they have financial control in order to make illicit payments to the Key Worldwide Foundation. There are tight tax law controls over how private foundations spend money, with special restrictions on so-called self-dealing transactions. There were allegations that some parents paid bribes and other payments from accounts associated with their businesses, claiming business expense deductions.

The IRS watches for other quid pro quos too. How about so-called transfer pricing, whether one company buys goods or services from another? To the IRS, to be able to fairly allocate income and profit among multiple companies, you need to know the real fair market value of what changes hands at all levels.

Carmakers face a crossroads as they work to fit auto dealers into their EV plans
Suze Orman: Americans are short on emergency savings amid ‘dangerous scenario’ for economy
IRS warns tax refunds may be ‘somewhat lower.’ With high inflation, that’s a ‘double whammy’ for families, says advisor
5 Ways the SECURE Act 2.0 Can Boost Your Retirement Savings
64% of Americans are living paycheck to paycheck — here’s how to keep your budget in check