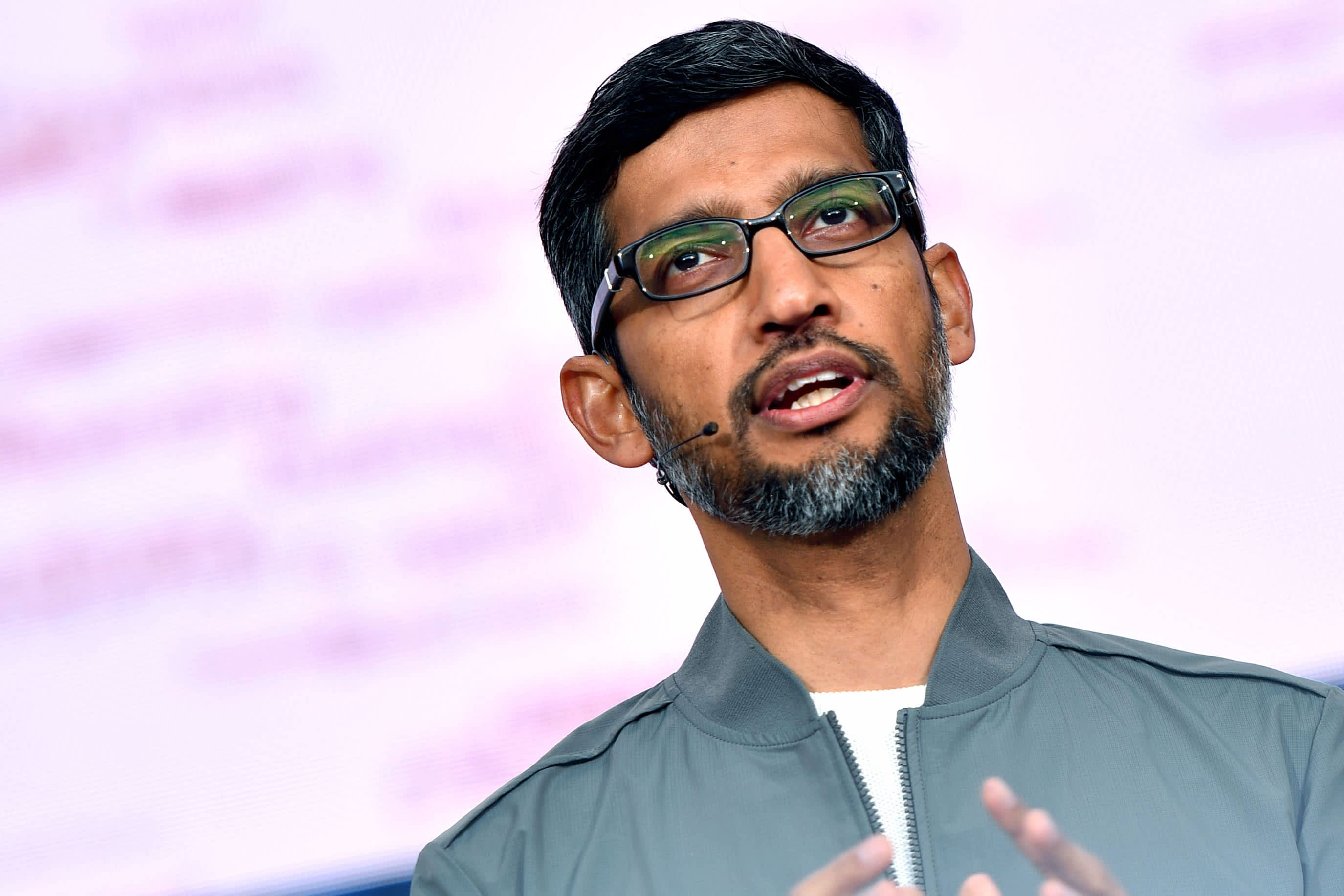 WASHINGTON – The 50 attorneys general investigating Google are preparing to expand their antitrust probe beyond the company’s advertising business to dive more deeply into its search and Android businesses, people familiar with the matter tell CNBC.

The development comes as politicians on both sides of the aisle, including President Donald Trump, increasingly tee off on Silicon Valley. Meanwhile, Democratic presidential candidate Sen. Elizabeth Warren has called for Big Tech firms to be broken up.

The attorneys general – which represent 48 states, Puerto Rico and Washington, D.C. – will write up subpoenas known as civil investigative demands, or CIDs, to support the inquiries, the people said. One of the people cautioned that the subpoenas may not be served imminently.

So far, the investigation has explicitly focused on Google’s advertising business.

Texas Attorney General Ken Paxton, who is leading the probe conducted by 48 states, the District of Columbia and Puerto Rico, announced the investigation during a September press conference that emphasized Google’s dominance in the ad market and use of consumer data.

The state has already served Google with CIDs for more information relating to Google’s advertising business.

But at a recent meeting of several attorney generals participating in the probe, Paxton expressed his support for expanding the probe’s purview into Google’s search and Android businesses. Other states will carry out the investigations of search and Android separately, the people said. It wasn’t clear which states would look at those businesses, however.

A spokesman for the Texas attorney general, asked about the scope of the probe, referred CNBC to a comment that had been issued in early October: “At this point, the multistate investigation is focused solely on online advertising; however, as always, the facts we discover as the investigation progresses will determine where the investigation ultimately leads.”

Google declined to comment. Ahead of Paxton’s announcement of the probe in September, Google’s senior vice president of Global Affairs wrote a blog post that said the company will cooperate with government investigations.

The development in the states’ investigation highlights how broadly the states and their attorneys general intend to scrutinize the tech conglomerate, said the people familiar with the matter.

States can be more aggressive in antitrust investigations than federal regulators, because they are less constrained by the lobbying and political forces that consume Washington, D.C. States are also typically more strained for resources than the federal government, though the states have committed to sharing resources in the Google investigation.

Google’s parent, Alphabet, has a market capitalization of nearly $900 billion, making it one of the most valuable companies in the world. Because much of its offerings are free to the user, it can be difficult to prove antitrust violations, which are historically proven by a clear impact on pricing. The Justice Department’s antitrust chief, Makan Delrahim, has indicated in public speeches that quality, innovation and other factors could be considered.

The DOJ, which is conducting its own antitrust probes of Big Tech, has served its own CIDs relating to “prior antitrust investigations in the United States and elsewhere,” Google said in a securities filing this summer.

Prior federal investigations into Google have ended with a whimper. The FTC in 2013 completed a nearly two-year investigation into Google, culminating in an agreement where Google said it would remove restrictions on its ad platform to make it easier for advertisers to manage campaigns across rival platforms. In 2010, Google closed an investigation of its deal to acquire mobile advertising network company AdMob, concluding the deal was unlikely to harm competition in mobile advertising.

But more recently, politicians on both sides of the aisle have cast a new spotlight on Big Tech. Warren, who is one of the leading Democratic candidates for president, has vowed to break up the giants of Silicon Valley. Trump, a Republican, in August tweeted without evidence that Google “manipulated” votes in the 2016 election.

Search is the heart of Google’s business, through which Google collects both advertising revenue and data. It also, argues critics, uses the function to promote its own products and services. The internet giant has rolled out a number of features over the past few years, like reviews, maps and travel bookings that benefit from internet traffic. The EU slapped Google with $2.7 billion fine in 2017 for giving favored treatment to its “Google Shopping” service. Google is appealing the decision.

That fine, though, hasn’t slowed Google’s expansion into new offerings. The company is pushing further into health care with its proposed acquisition of Fitbit, and earlier this week announced it will begin to offer checking accounts next year.

Google’s Android mobile operating system, meanwhile, is its foothold in the mobile market. Google requires phone and tablet makers that use Android to also pre-install Google’s app store and other apps like Gmail, Google Maps and the Chrome web browser, putting competing services at a disadvantage. Roughly 80% of smart mobile devices run on Android, according to the European Commission.

After a record $5 billion fine from EU regulators over Android antitrust abuse, Google said it will let EU users select their default search engine when setting up their Android device and stop bundling its apps on Android phones.

With that track record, the attorneys general investigating Google likely already have a broad vision of the case they wish to pursue against Google. They will use its CID requests to seek materials like emails and strategy documents to support that view, while looking for evidence of clear anti-competitive behavior. The requests can be a means of filling in holes in evidence, or a tactic to build up pressure on a company in hopes of forcing a settlement.

Sometimes, investigations and requests can dig up incriminating material. The prior FTC investigation into Google’s search practices found evidence it skewed results to favor its own products, according to documents previously inadvertently given to The Wall Street Journal in 2015.

Google is already pushing back against the first CID request from Texas. The company filed an order against Texas requesting protections from disclosing certain confidential information requested. Google said it worries that outside consultants brought on to help with the investigation had ties to Microsoft and may use the confidential information to aid its rivals.

‘It’s just an arms race.’ How to make the most of Amazon’s next ‘Prime Day’ sale and Target’s ‘Deal Days’
8 million student loan borrowers will get automatic forgiveness. Here’s what you need to know
New retirees will face financial surprises. Advisors share how to stay ahead of those shocks
‘Do not bet’: China’s central bank warns against yuan speculation
Stocks making the biggest moves midday: Apple, Netflix, Biogen, Canopy Growth and more