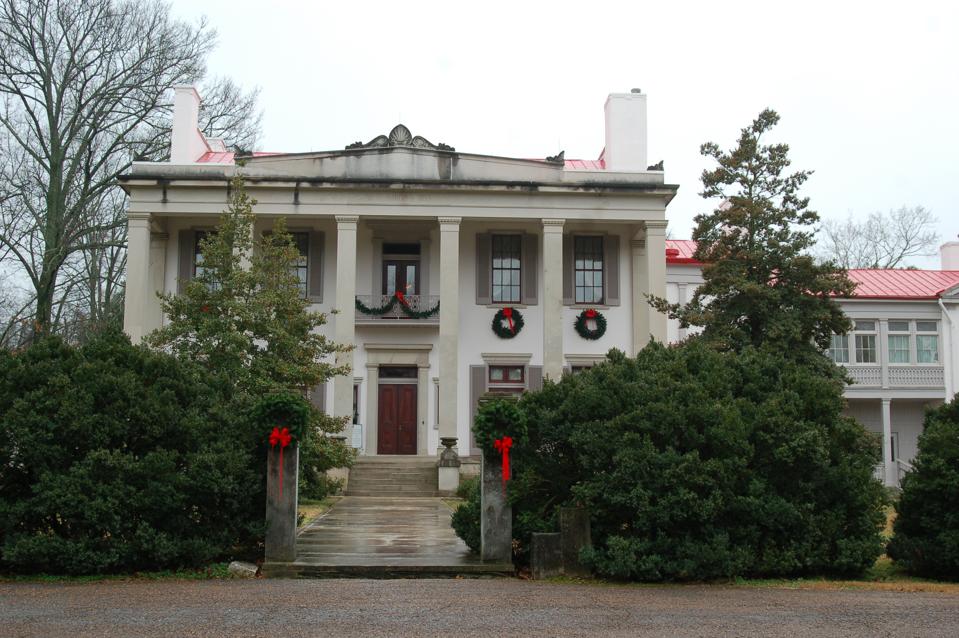 Everyone loves Nashville for the music, the hot chicken and the vibrant neighborhoods. Students of historic architecture find a lot to love in Music City, too: Nashville is home to a number of house museums well worth the visit.

Belle Meade is a Greek Revival plantation house that grew into 19th century prosperity when it became renowned as a thoroughbred stud farm. Winning horses, including Seabiscuit, War Admiral and Smarty Jones, all trace their lineage here.

Today, in addition to tours of the house, barn and former stables, Belle Meade offers a bourbon distillery, the only winery in Nashville, a demonstration kitchen and a Journey to Jubilee tour that follows the first African-Americans brought to Belle Meade in 1807.

Cheekwood is a 36-room Georgian Revival house built by Leslie and Mabel Cheek beginning in 1929 and completed in 1932. Leslie worked in his family’s company, C.T. Cheek & Sons, the largest wholesale grocery distribution conglomerate in the Southeast. The family became even wealthier with the Cheek-Neal Coffee Company, creators and brewers of Maxwell House Coffee and Tea. In 1928, the Postum Company, later renamed General Foods, purchased the Cheek-Neal Coffee Company for $45 million. Undoubtedly, that helped to build Cheekwood.

Cheekwood offers glimpses into the lives of the Cheek family, including, among classical furnishings, an Art Deco Steinway signed grand piano. But some of the best things to see at Cheekwood came later. In the 1950s, the Nashville Museum of Art disbanded and transferred its permanent collection to Cheekwood. In 1960, it opened to the public. Today, the collection displayed on the top floor of the house is varied and delightful.

So are the 55-acre botanical gardens, which include a literary garden, wildflower plantings, a sculpture garden, perennial beds, a Japanese garden, water features and a children’s garden that includes a large toy train layout.

Belmont Mansion is worth a visit, if only to learn about Adelicia Acklen, the lady of the house and one of Nashville’s most colorful characters. The Italian Villa house was built in 1853 as part of a large country estate created as a summer getaway from the family’s Louisiana plantations.

A majority of the rooms at Belmont Mansion have been meticulously restored, including the display of original furnishings, artwork and statuary. Adelicia was an avid collector whose finds demonstrate the tastes of wealthy 19thcentury southeners. Even more fun that seeing the sculpture, paintings and furniture she amassed, however, is hearing how she bribed and hoodwinked both Confederate and Federal troops to get her cotton crops past travel bans and embargoes to a profitable market abroad.

Travellers Rest was the 1799 home of Memphis founder Judge John Overton. The oldest house open to the public in Nashville, it is also one of the few Federal period houses in this part of Tennessee.

The site was home to a settled population long before Overton came here, and in 1805, the first of many archaeological explorations began. Investigations continued at Travellers Rest throughout the 19th century as the emerging profession of archaeology and its first practitioners visited the site. The exact boundaries of an ancient Mississippian village are yet to be determined, but it is speculated to have been between 10 and12 acres and was clearly home to a people with advanced social, agricultural and artistic skills.

Judge Overton is best known today as the man who spurred his friend, Andrew Jackson, to follow a political career.

Perhaps the most affecting historic story is the one told at the Carter House, a one-and-a-half story brick house just south of downtown Franklin built by Fountain Branch Carter in 1830.

On November 30, 1864, the Battle of Franklin raged, scarring the landscape, claiming the lives of thousands and changing life on the Carter farm forever.

Before daybreak, Federal Brigadier General Jacob Cox woke the Carter family, took possession of the house and made the parlor his headquarters. Fighting began at 4 pm in the waning afternoon sunlight when 20,000 Confederates attacked a similar number of entrenched Federals. The Carter family, a neighboring family, and several Carter slaves took refuge in the north room of the basement as the bloodiest battle of the Civil War raged above and around them.

Confederate and Federal wounded were taken to nearby Carnton Plantation, which became a field hospital. A staff officer wrote, “The wounded, in hundreds, were brought to [the house] during the battle, and all the night after. And when the noble old house could hold no more, the yard was appropriated until the wounded and dead filled that….” The floors of the restored house are still stained with the blood of the men who were treated here.