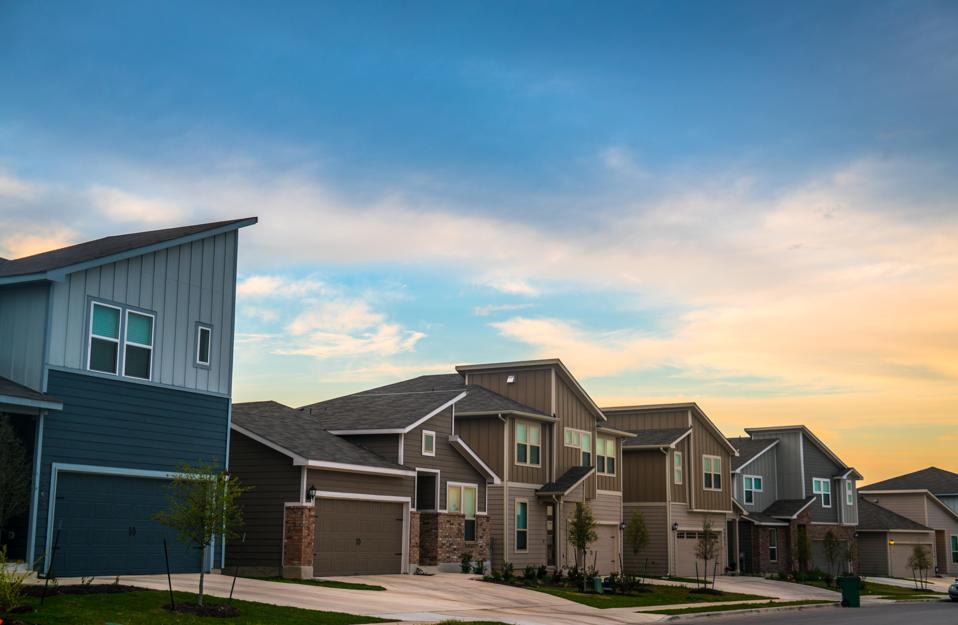 The 2019 housing market has been one of low rates, high demand and limited supply—particularly on the lower-priced end of the market.

Will 2020 be more of the same? According to experts, yes and no.

We spoke to six mortgage, real estate, and housing professionals. Here’s what they say is in store for the year to come:

Mortgage rates currently sit at 3.75%, according to Freddie Mac’s most recent numbers—nearly a 1% difference from the monthly average a year ago. The drop in rates caused a surge in refinancing over the last few months, and purchase activity ticked up as well.

According to Odeta Kushi, deputy chief economist at mortgage insurer First American, there’s “emerging consensus” that rates will remain low next year—likely somewhere between 3.7% and 3.9%, she says.

Forecasts from Freddie Mac and the Mortgage Bankers Association back this up, both predicting 2020 rates within this range. Fannie Mae actually predicts rates will clock in even lower, vacillating between 3.5% and 3.6% throughout the year.

Sean Hundtofte, chief economist for online mortgage lender Better.com, says that thanks to these continued low rates, refinancing should remain a popular choice in the new year. And for homebuyers, he says, they’ll “be able to afford more house than they would have otherwise.”

Prices will keep on rising.

Home prices will continue their climb upward, according to experts, largely thanks to tight inventory and high demand.

According to the latest home price forecast from property data firm CoreLogic, home prices should tick up by 5.6% by next September—up from the just 3.5% jump we saw this year.

As Daryl Fairweather, chief economist for real estate brokerage Redfin, explains, “Right now we aren’t seeing a ton of new listings. Without more listings coming on the market, there will be more competition starting off in early 2020 and that will lead to more price pressure.”

The problem will be worse on the lower end of the price spectrum. According to Ralph DeFranco, chief economist for mortgage insurer Arch MI, entry-level home prices will rise higher than incomes next year—and disappointing construction numbers will only compound the issue.

“Low interest rates and a shortage of starter homes will continue to push up prices,” DeFranco said. “This is especially the case for lower price points, since builders have tended to focus on more expensive, higher-profit houses and less on replenishing low inventories of entry-level homes.”

It seems the price growth may continue beyond 2020, too. Data from Arch MI shows the chance of home price declines at a mere 11% for the next two years. There are currently no states or metro markets projected to see prices declines in that period.

Inventory will be tight.

Housing inventory is going to remain limited for much of 2020, experts say. And interest rates and record-high homeownership tenures are a big part of the problem.

According to recent data from Redfin, the average homeowner is staying in their home 13 years—up from just eight years in 2010. In some cities, homeownership tenures are as high as 23 years.

As Kushi explains, “You can’t buy what’s not for sale.”

“While historically low rates increase buying power and make it more likely for potential buyers to attain their homeownership dream, they also increase the risk of a long-run housing supply shortage, which we predict will continue through 2020 and possibly intensify,” Kushi says. “As first-time buyers lock-in these historically amazing rates and existing owners refinance—in droves in recent months, everyone will stay put and not sell. Where’s the incentive?”

There’s a chance that increasing construction may offer some relief in the inventory department. Last month’s residential construction report from the Census Bureau saw building permits and housing starts both increase over the year. At the same time. builder confidence was at a 20-month high, according to the National Association of Home Builders.

Still, it may not be enough to meet the needs of today’s buyers, Kushi says.

“As for building new homes, builders have a reason to be cautiously optimistic, given pent up demand stemming from a strong economy, lower mortgage rates and continued wage growth,” she says. “However, building pace still lags behind historical standards, and it will likely take months before we can begin building at a pace that will support the demand.”

Millennials will keep up their homebuying streak, while Boomers hold up inventory.

Data from Realtor.com shows Millennials made up a whopping 46% of all mortgage originations in September—up from 43% one year prior. Meanwhile, shares of Baby Boomer and Gen X mortgage activity declined.

It’s no wonder, either. Millennials rank homeownership as one of their top goals in life—higher than even marrying or having kids—and with interest rates low and incomes up, it’s the right time to buy a home for many.

Unfortunately, they face an uphill battle. As Kushi explains, “Looking ahead, Millennials may be entering a tougher housing market in 2020. A limited supply environment, combined with growing demand and increased competition for homes, is accelerating home price growth once again.”

The Baby Boomer generation is part of the challenge for this younger cohort, as many are choosing to age in place—keeping more homes off the market than ever before.

In fact, a recent study from Freddie Mac shows that if today’s older adults—those born between 1931 and 1959—behaved like earlier generations, then an additional 1.6 million homes would have hit the market by the end of the last year.

As Kushi puts it, “The fate of Millennial homebuying to close out 2019 and into 2020 will depend on two factors: if there is anything for them to buy, and whether rising purchasing power stemming from increasing income and historically low mortgage rates can continue to outpace house price appreciation.”

The suburbs will be a big draw thanks to Millennial demand.

As home prices skyrocket, cash-strapped Millennials are looking toward more affordable places to put down roots—namely smaller, suburban towns on the outskirts of major metros.

The trend has led to an uptick in “Hipsturbia” communities—live-work-play neighborhoods that blend the safety and affordability of the suburbs with the transit, walkability and 24-hour amenities of big cities.

Melissa Gomez, an agent with ERA Sunrise Realty in Long Island, has seen the trend in action.

“Being based in the boroughs of NYC, I see Hipsturbia happening every day,” she said. “As cities like New York become increasingly expensive, younger people and families are looking for more bang for their buck with real estate, schooling and everything in between. And slowly but surely, it is breathing new life into small towns outside of major urban hubs.”

The Urban Land Institute recently named Histurbia as one of its top real estate trends to watch in 2020.

As the report explains, “If the live-work-play formula could revive inner cities a quarter-century ago, there is no reason to think that it will not work in suburbs with the right bones and the will to succeed.”

The industry will continue to digitize.

The mortgage and real estate spheres have been moving away from their manual, paper-laden processes in recent years, and 2020 will only see that trend expand further—especially as more tech-savvy Millennials enter the market.

As Hundtofte explains, “In 2020, we’ll continue to see Millennials growing their share of the mortgage market, which in turn, will serve as a catalyst to lenders to continue to rapidly innovate their technology offerings to meet the expectations of an audience more accustomed to an Amazon, Venmo-like experience.”

Aaron Block, the co-founder of MetaProp—a venture capital fund focusing solely on real estate technology—says to keep an eye on the Airbnb and WeWork brands specifically in this regard.

On WeWork’s recent IPO blunder, Block says, “One major positive outcome of this year’s ‘DiePO’ is the plethora of ‘proptech’ innovation talent hitting the street. Some exciting new companies are being formed as we speak.”

Single Women Are More Likely To Own Homes Than Single Men In Nearly All States
Jeff Ubben’s Inclusive Capital takes stake in Salesforce as more activists target the software giant
Toyota CEO and President Akio Toyoda to step down
Luxury retailer LVMH is optimistic as it sees Chinese shoppers and tourists returning
Oscar nominations: ‘Everything Everywhere All at Once,’ ‘Top Gun: Maverick’ among leaders