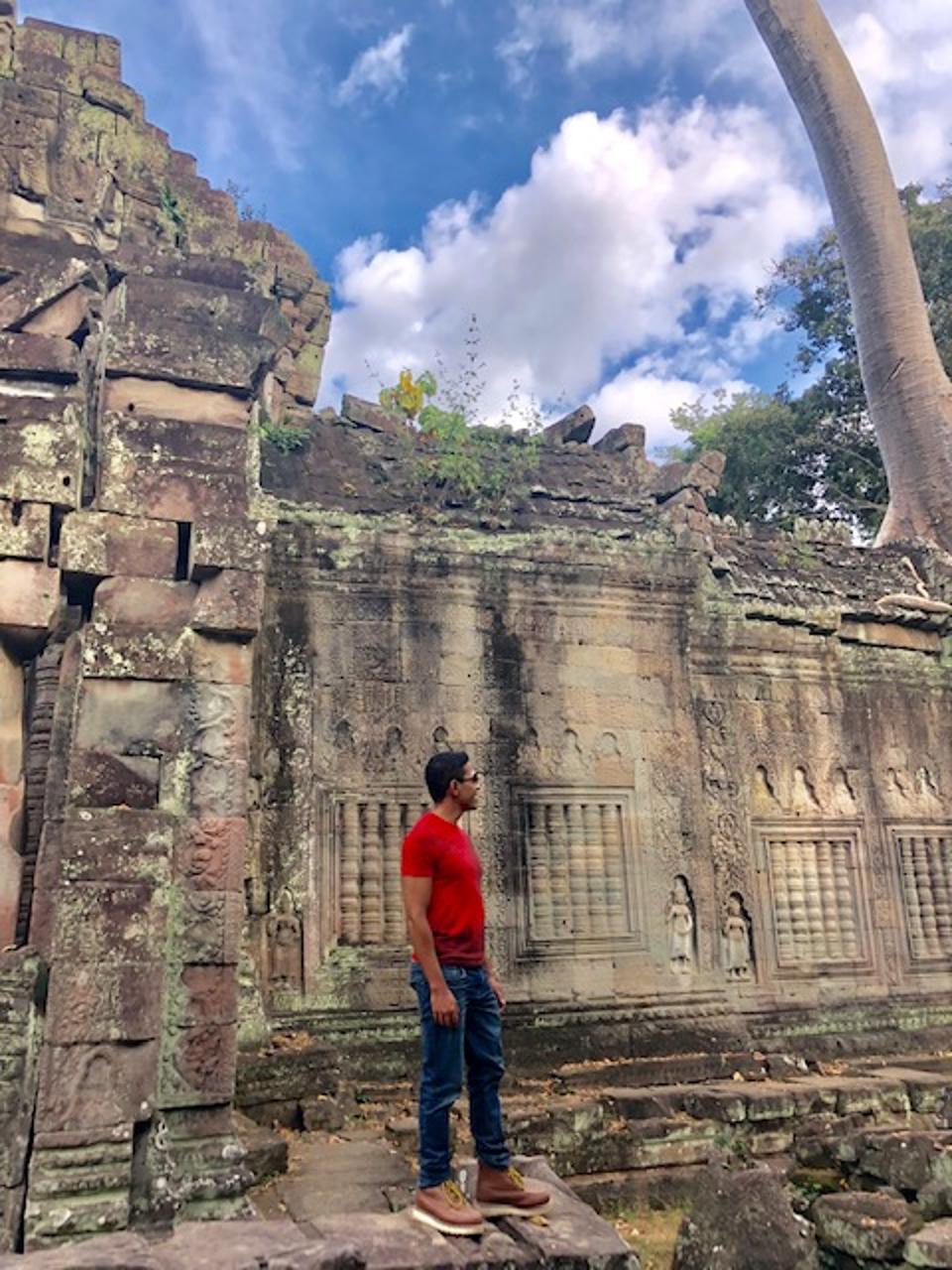 Sixteen years ago, when John first left Mumbai, India to immigrate to the U.S., he only had $1,000 to his name. He also didn’t have a credit score – credit wasn’t something his family had access to – which left him unable to approach a traditional apartment complex with a vacancy. Instead he had to pay $900 in cash, or three months rent, upfront to have a place to stay while he waited for his first paycheck.

“I could have totally been scammed at that point,” said John, who blogs about his financial independence journey at Financial Freedom Countdown. He has chosen to only share his first name while discussing finances and his work experience, since he still holds a full-time job.

John’s journey since those early days in the U.S. look much more remarkable than the inauspicious beginnings. Using tactics to improve his career outlook and saving at least 50% of his income, he’s managed to reach financial independence in his early 40s.

If John were to lose his job, he says it might be the last position he would ever hold. That defies not only the traditional views of retirement, since it comes more than 20 years earlier than the typical mark. But it also counters the standard immigrant retirement scenario. Those immigrating to the U.S. tend to have lower Social Security benefits in retirement due to lower pay in their working career, and fewer protections, like pensions, to afford their later years.

For John, he circumvented the potential of lower pay and a lack of a financial security by going where others wouldn’t.

Traveling To Where He Was Needed

John credits his early career decisions for the success he enjoys today. When he took his first job in the U.S. at a consulting group based in the Northeast, it didn’t take him long to realize that many of the American born employees didn’t want to travel to middle America, since it would separate them from their family.

For John, he didn’t have family in the U.S. and little affinity for the Northeast. He would show his flexibility to his employer by taking the assignments in Missouri or Minnesota or another less desirable location for his Eastern-based co-workers. Not only would he take on the role, but also he would often move to the location, which showed the client he was invested in their success. “I was physically in the client offices for 40 hours,” said John. “Clients loved it and provided positive feedback to my employer which helped with annual raises.”

This maneuver led to additional promotions and bonuses. It also set him up for a big move to Silicon Valley, where he would see a significant jump in pay within the first four years of his U.S. journey. But in that role within a Silicon Valley technology firm, he had a conversation with a co-worker that changed his perspective on work.

Eighteen months after joining the company, a superior told him that her sister was very ill; she planned to wait and visit her after a product launch. The sister ended up passing away a few days later, before the coworker could visit. John didn’t want to be beholden to a job to the point he wouldn’t visit family when they needed him. “There has to be a better way,” he remembers thinking.

That’s when he came across the notion of financial independence. After the experience, he changed his savings strategies, and eventually moved jobs to another company in Silicon Valley, but one that would allow him to telecommute.

“I’m still working,” he said, but “it’s not as stressful.” He credits the financial independence for that. He has actually turned down higher paying opportunities because he enjoys the work-life structure he has now built.

Maintaining A Savings Rate Of 50%

Growing up, financially speaking, John’s family didn’t necessarily want for food, but they didn’t live extravagantly either. His family had a black and white television because it was cheaper than buying a colored TV, he remembers. Buying clothes was a “once a year event,” he added.

The mindset instilled during those early years, helped him adapt to the push to reach FIRE (financial independence, retire early). Even before he had heard of the concept, he typically stashed away 50% of his income or more.

This strategy prevented lifestyle inflation, which can lead to higher, unnecessary spending as income increases. His biggest splurge: traveling internationally six-to-eight weeks out of the year.

What changed most, after hearing of the FIRE movement, was how he invested. Previously, he would dabble in individual stock picking, including going big into lithium stocks on the basis they would fuel the electric car boom. The theory proved true, but the companies stock prices didn’t necessarily appreciate as much as he hoped due to other factors.

Now, though, he has 80% of his portfolio in standard, low cost index funds and 10% in savings. The rest he uses to dabble in other “moonshot” ventures, like cryptocurrencies, real estate crowdfunding and those stock picks.

Part of the reason he’s hesitant to step away from the job today, though, concerns those investments. He’s well aware that the market is in a 10-year bull run, which could turn any day. That’s why John “still continues to work, and stock piles the cash,” he said.

John bought his Silicon Valley home in 2013, but before doing so he wanted a specific type of property. It wasn’t the style of home that concerned him, nor the number of bedrooms or bathrooms. Instead, he wanted a small house that sat on a large lot. Why? So he could build an in-law size addition, disconnected from the house.

He rents the addition out, which pays for his entire mortgage on his $1 million home.

As a result, he has freed up more of his salary to ensure he can still save at the rate he wishes in the high cost area. And coupled with a $1.2 million portfolio, he’s using his telecommuting job as a test run to experience what life may be like when he no longer has the responsibility of a nine-to-five.

Intel shares drop on weak quarterly results and expectations for another quarter of losses
Almost half of Americans think we’re already in a recession. Here’s how to prepare if they’re right
SECURE 2.0 Glitch Appears To Remove Your Ability To Make Retirement Catch-Up Contributions In 2024
Enzo Fernandez: Chelsea sign midfielder in £106.8m British-record transfer deal from Benfica
McDonald’s is about to report earnings. Here’s what to expect