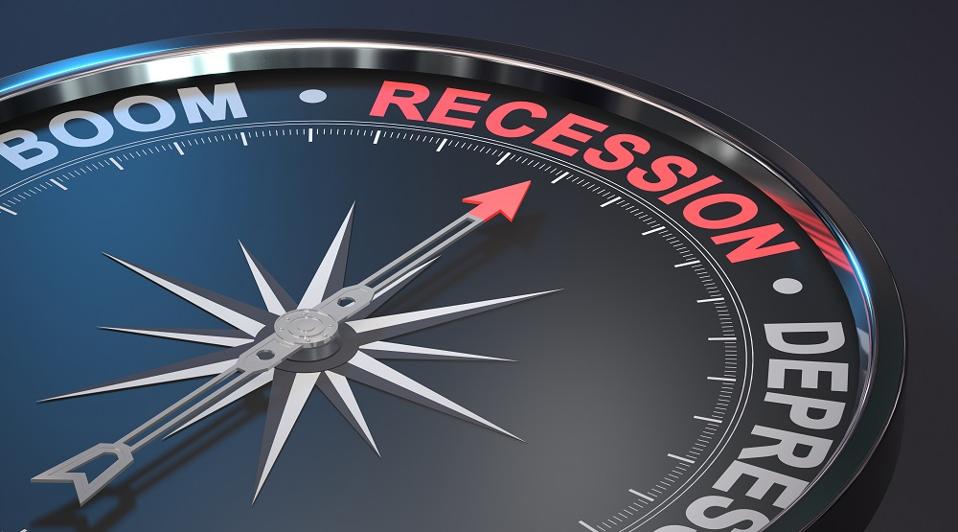 A reliable recession indicator is shifting into high gear

Comedian Bill Maher has a line he uses from time to time: “I don’t know it for a fact, I just know it’s true.” Here is an example of that, which will be of interest to anyone who is at all concerned about the mounting evidence of an economic slowdown.

When positive, the “spread” between these two is considered to be more normal. After all, if you are a bank, you win when you can pay interest to depositors (CD holders, savings account, etc.) at lower short-term rates and lend/receive interest by making loans to borrowers at higher, longer-term rates. When the opposite occurs, and the 10-2 spread “inverts” (long-term rates lower than short-term rates), it often indicates a problem with the economy.

Such an inversion in the 10-2 spread has typically been a reliable sign that a recession is coming. At least, that’s the headline people have been force-fed. I am here to modify that a bit, so you can see why this article’s title came to be.

First, here is a chart of the 10-2 spread from 1976 to 1984. In between, there were a pair of U.S. recessions, shaded in grey. Notice that the 10-2 spread dipped below the 0.00% mark, and the recession coincided with its re-emergence into positive territory. In 1981, it happened again. I imagine some market historians regard this as one big recession, in the way that if a ball club loses 10 games in a row, wins 1, then loses another 10 in a row, they don’t really consider it 2 losing streaks!

The chart above really represents the “olden days” of investing. The world was different back then. Technology and global market depenence were in their infancy. And, investing had not become as transparent and democratized as it is now. So, we we can’t necessary treat it as a great indicator of what would happen today. That’s why I will show you the 10-2 spread from more recent times below. This covers the recessions of 1990, 2001 and 2008.

As this second chart shows, the pattern is even more consistent than earlier in history. Each economic cycle saw the 10-2 spread go below zero, recover above zero, and then a recession occurred very soon after. The bottom line here: its not the inversion (drop below zero) that indicates a pending recession. Its the RE-VERSION (the spread moving back above zero).

So, we’ll have to watch closely to see when that critical reversion occurs. Oh, wait…it just did! I guess we had better start focusing on it.

We don’t know for sure that the 10-2 spread will continue higher. However, if it does, it dramatically increases the chances of a recession. This latest reversion occurred when the spread crossed above zero around Labor Day. So, it has climbed by a quarter-point in just over 2 months. So, its moving in the right direction at the right pace…if you are expecting a recession, that is.

As with any economic indicator, this cannot be viewed in isolation. That said, I track a large list of indicators that tell the same story. Specifically, a rising risk of recession and rougher markets.

I don’t know it for a fact, I just know its true (reprise)

So, I don’t know for a fact that a recession is coming. I just know its true that the 10-2 spread is following the same pattern that it has before every recession since the Reagan Administration. That has to count for something. Keep an eye on this as it develops.

I will devote some space in the coming weeks to identifying other indicators I am watching, so you can have your own “go-to” list of recession-trackers. After all, as optimistic as we all want to be, ignorance is not bliss when it comes to your wealth and retirement.