Uber’s stock is trading well below the price it debuted at earlier this year but Barclays made the case for how the ridesharing company will soon turn its stock around, in a note to investors on Friday titled “How Uber can double.”

Shares of Uber have dropped more than 38% from its IPO price in May, finishing trading on Thursday at $25.99 a share. 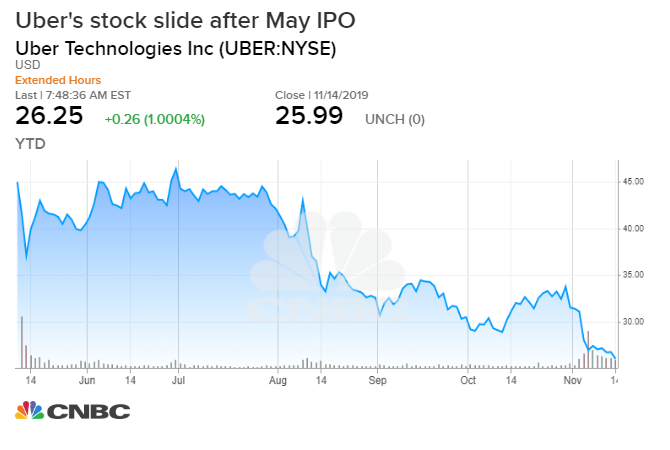 “We think that Uber is one major announcement away from a positive narrative change heading into 2020, and we think getting involved ahead of rationalization of the Eats losses makes sense,” analyst Ross Sandler said.

Barclays has an overweight rating on shares of Uber with a $40 price target.

Increasing Retirement Funds By Integrating Existing Retirement Fund Sources (And By Increasing Saving For Retirement)
After a tough year for crypto, here’s how to handle losses on your tax return
Annuity sales hit record last year, eclipsing sales during 2008 financial crisis amid fear, higher rates
What happens if the Supreme Court strikes down student loan forgiveness? Here are 3 predictions
Social Security, Medicare should be ‘off the table’ in debt ceiling talks, McCarthy says