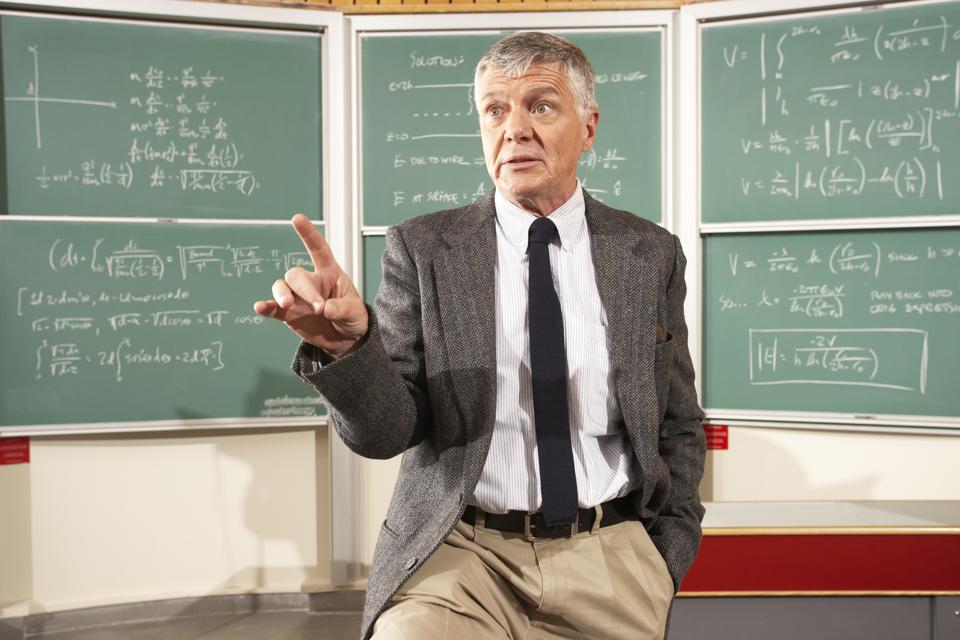 Last week I wrapped up my first semester as a professor at the University of Denver’s Graduate Tax Program, and I’ve got to say, the transition back to civilian life hasn’t been easy. I found my daughter in tears this morning, and my immediate reaction was to ask if she was suffering from “physical injury or emotional distress.” Over the weekend, I interrupted a birthday party to explain to a 10-year old that he would have to pay tax on all his gifts unless they were made from a “detached and disinterested generosity.” And if those two moments weren’t humiliating enough, I recently justified a round of regrettably-abbreviated lovemaking by claiming I was emphasizing “substance over form.”

While these instances were outwardly humiliating, my real struggles have been internal. After spending a few weeks preparing a 30-page, 29-question exam, everything I see and experience has now been reduced to its suitability for testing one’s tax mettle. Are free season ski passes provided to employees of local restaurants taxable? (Probably)  Is my massage therapist in a specified service trade or business? (Probably not) Is the cost of state-legal marijuana to treat one’s anxiety deductible as a medical expense? (Perhaps I’ve said too much).

If you’re going to think this way, you may as well read some tax law to feed the fire. To that end, this morning I was perusing the Private Letters Rulings published by the IRS last week, and boy, did it meet my needs. And since I found the questions posed by one particular ruling to be perfectly at home in a graduate school exam, I thought I’d pass them along here.

Assume you and your spouse purchased a house in 2014 for $400,000, with $100,000 of the price allocated to the purchase of the land, and $300,000 to the home. You use the house as your principal residence for all of 2014, 2015 and 2016, before moving out at the beginning of 2017. Starting in 2017 you rent the house to tenants, before a fire decimates the house in 2018. At the time of the fire, your basis in the home – after being reduced for depreciation deductions while the home was rented – was $280,000. Because the value of the home had increased markedly, you received $650,000 of insurance proceeds to compensate you for the fire. Rather than use the proceeds to rebuild the home, you pocket the cash.

In 2019, you exchange the underlying land for other land that you intend to hold for investment that is valued at $300,000.

How do you treat:

Section 121 of the Code allows an individual to exclude up to $250,000 of gain upon the sale of a home that was owned and used as the individual’s “principal residence” for two of the five years preceding the sale. As this article illustrates, there are a host of rules under Section 121 that may expand or limit the available exclusions, five of which are relevant here:

As you’re probably aware, a taxpayer can “exchange” real property for other real property of a like kind and defer (which is different, and less advantageous, than exclude) any gain inherent in the relinquished property as long as both the relinquished and replacement property were 1) held for investment, or 2) used in a trade or business and a host of other procedural requirements are met. In Revenue Ruling 2015-14, we’re told that Sections 121 and 1031 can apply to the same transaction.

With that, we’re ready. Let’s take this piece-by-piece, shall we?

You and your spouse had owned and used the house as a principal residence for all of 2014, 2015, and 2016, so you satisfy the two-of-five year requirement as of the date of sale at the end of 2018. Thus, you’re entitled to a maximum exclusion of $500,000. But….you rented the house in 2017 and 2018. This is NOT a period of nonqualified use, because it came AFTER the period the house was used as a principal residence. As a result, there is no required allocation to this period, and the exclusion is not reduced. This doesn’t change the fact, however, that you claimed $20,000 of depreciation expense while the house was rented in 2017 and 2018, and this depreciation can never be excluded under Section 121.

#2: The disposition of the land

When allowing for the Section 121 exclusion to be applied separately against the sale of vacant land, the regulations contemplate the sale of land that is separate from the land the residence was situated on. In this PLR, however, because the “sale” of the home was in the form of insurance reimbursements, the subsequent disposition of the land represents the sale of ALL the land, including the land on which the home was built. Nevertheless, the IRS concluded in the PLR that it is “reasonable to apply those same requirements (for exclusion) to a sale of vacant land on which the dwelling unit was actually located.” Thus, because you owned and used the land as part of your principal residence for two of the five years preceding the land sale in 2019, (2015 and 2016), the gain from the sale of the land can be excluded under Section 121.

But….remember, the land wasn’t sold; rather, it was exchanged for other land held for investment. Thus, the gain could either be excluded under Section 121 or deferred under Section 1031, because in the latter case, both the relinquished land and replacement land were held for investment. Which would you prefer? The answer, obviously, is Section 121, because an exclusion is forever; to the contrary, a Section 1031 exchange results in a mere deferral, with the gain subsequently recognized when the replacement property is disposed of.

So the remaining $50,000 of gain is taxable, right? Don’t forget…the land was exchanged for other land. And because the land was held for investment at the time of the fire (a rental property), and according to the facts of the PLR, the land received in the exchange is also held for rental, the remaining $50,000 of gain can be deferred under Section 1031. Presumably, your basis in the replacement land would be $250,000; your $100,000 basis in the relinquished land plus the $150,000 of gain that was excluded under Section 121.

Admit it…the questions posed in PLR 201944066 would have made for a good exam question. Unfortunately, it came too late to make the deadline, so I’ll have to stick with the deductibility of a vasectomy, the implications of gifting loss property, and the many, many factors that make your friend’s multi-level marketing business a hobby rather than a trade or business. But there’s always next year.