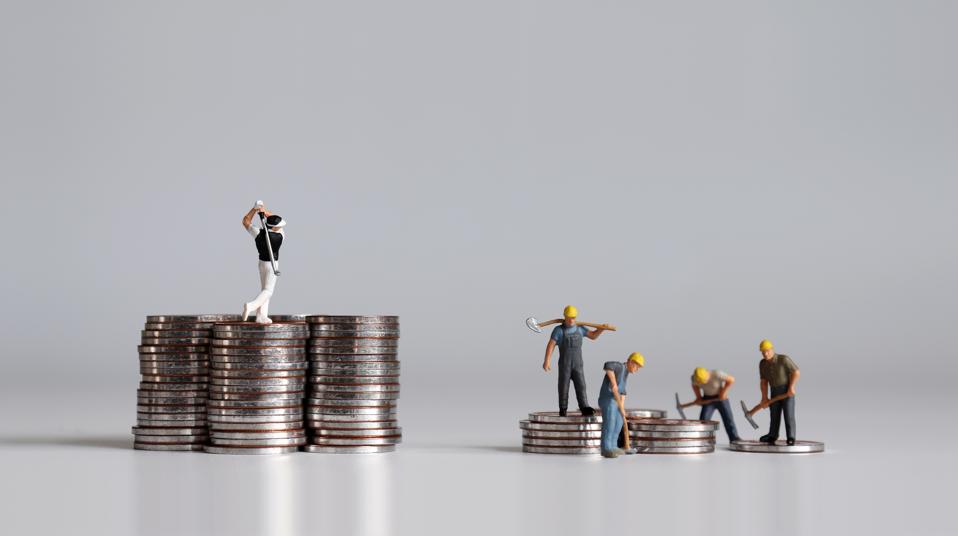 As the first primaries for the 2020 presidential election approach, some Democratic candidates, including Elizabeth Warren, Bernie Sanders, and Tom Steyer, have been emphasizing their proposals to introduce a wealth tax into the US Internal Revenue Code. Upon first hearing about a wealth tax, I thought it could apply to any company founder that built a successful company, executives with substantial grants of stock options or restricted stock units, or employees who joined an early-stage startup and now have significant wealth after an IPO or acquisition.

As someone who creates educational resources on tax and financial planning for stock compensation through the website myStockOptions.com, I’ve been wondering how the wealth tax could apply to our audience, whether people with equity compensation and company stock or their financial advisors. However, it’s really a tax for the super-wealthy: billionaires and mega-millionaires. Under Senator Warren’s proposal, for example, the wealth tax would not apply unless your household net worth is over $50 million. The wealth tax would apply to individuals such as Jeff Bezos, Michael Bloomberg, Bill Gates, Larry Ellison, Larry Page, Mark Zuckerberg, and others whose enormous wealth comes from stock in the companies they founded.

I watched the live internet-streamed seminar The Wealth Tax Debate, recently held by the Penn Wharton Budget Model (PWBM). It’s a nonpartisan research-based initiative at the Wharton School, the business school at the University of Pennsylvania. Three scholars discussed the feasibility and tradeoffs of the wealth tax proposed by Senator Warren and other Democratic presidential candidates. Below I present a few highlights from each speaker’s talk. While this streaming service is perhaps not as exciting as Amazon Prime or Netflix, for anyone interested in tax and public policy issues it’s an absorbing drama and short enough to watch in one sitting. It runs about 90 minutes (presentations 50 minutes and Q&A for remainder), shot with a single camera and no editing, with the speakers’ slide decks on screen during their talks. You’ll come away with a better understanding on the complex issues involved with the wealth tax.

Why a Wealth Tax?

Many of the wealthiest US citizens have vast assets but little income, so traditional income taxes struggle to reach them. In the view of some of the democratic presidential candidates, a wealth tax would ensure that these very richest Americans pay their fair share along with the rest of us.

Another underlying purpose for the wealth tax concerns democracy. By reducing income inequality, the wealth-tax proposals seek to protect democracy itself by limiting the amount of wealth and related influence that the rich can accumulate, therefore controlling the potential for one tiny plutocracy to dominate election campaigns.

Senator Warren’s proposed wealth tax is the primary focus of the three speakers. Her proposal’s research, rationale, and estimates of revenue potential were developed by Emmanuel Saez and Gabriel Zucman, two economists at the University of California, Berkeley.

Richard Prisinzano, Director of Policy Analysis at Penn Wharton Budget Model (PWBM), presented his research team’s initial projection of the impact Senator Warren’s proposed wealth tax would have on revenue and the US economy. The researchers found that if the tax raises as much new revenue as intended and the revenue is used to cut the federal debt, annual economic growth in the United States would slow from the current average of 1.5% to an average of just over 1.3% over a decade.

Broadly, the PWBM finds that wealthy Americans would simply consume more, save less, and invest less to reduce taxable wealth. The resulting drop in investment would, in its modeling, reduce economic growth. “The wealth tax shrinks the economy because saving is more expensive,” Mr. Prisinzano summarized. “The results also suggest that the negative effect of the tax increases as the tax rate increases.” (For commentaries that critically review at least parts of this PWBN analysis for not fully considering the potential economic growth generated from government programs that spend the new tax revenue, see articles in Business Insider, The Week, and New York Magazine’s Intelligencer.)

Natasha Sarin, Assistant Professor of Law at the University of Pennsylvania Carey Law School, dissected the revenue estimates of Senator Warren’s wealth tax that were calculated by Emmanuel Saez and Gabriel Zucman at UC Berkeley. In short, she finds their assessment flawed and unrealistic. When she dynamically corrects what she considers “sloppy math” and unfounded assumptions about actual wealth holdings and tax compliance among the rich, she projects that the proposed wealth tax would generate $1.1 trillion, far lower than the Warren team’s estimate of $2.75 trillion. Additionally, the task of annually assessing the net worth of the wealthy for a wealth raises difficult practical issues. Given that over 50% of wealthy assets are illiquid, how would they be valued?

Furthermore, shifting from economics to law, Professor Sarin noted that a wealth tax would almost certainly be challenged as unconstitutional and probably nixed from the start. Under the US Constitution, direct taxes must be evenly apportioned across the states. However, the roughly 75,000 super-wealthy households impacted by a wealth tax are not evenly distributed across states. Given two centuries of legal precedent against a wealth tax, she believes that the current US Supreme Court, for better or worse, would inevitably rule that a wealth tax is unconstitutional.

Professor Sarin shows in her slide deck that, instead of attempting a wealth tax that may be problematic, there are more efficient ways to raise federal revenue:

Greg Leiserson, Director of Tax Policy and Chief Economist at the Washington Center for Equitable Growth, discussed the approaches and tradeoffs of taxing wealth. He explained the issues in the different approaches of taxing wealth itself compared to taxing the income generated from wealth, and the difference between taxation based on valuation compared to when the gains are realized.

He summarized the advantages of the wealth approach:

He concludes that any approach needs to look at who the tax is burdening, which we assume impacts compliance, and how much revenue is going to be realistically raised. (For the challenges involved in raising more tax revenue from the super-wealthy, see what financial advisors have to say in an article from The New York Times.)