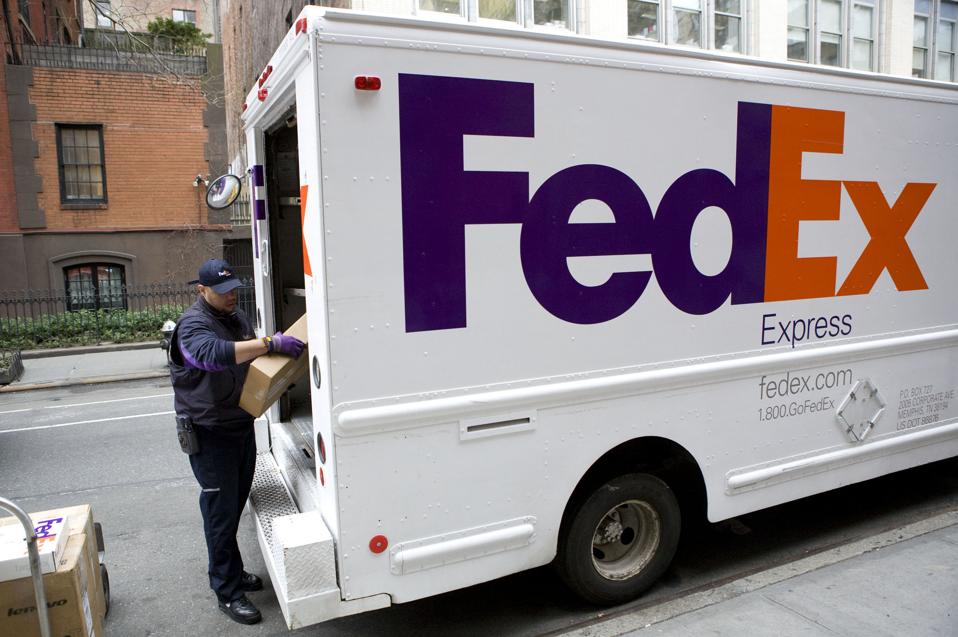 “FedEx Closes Pension Plan to New Hires”: that’s the headline at the Wall Street Journal today. Or, as the Memphis Commercial Appeal reported, “FedEx to launch a new 401k plan with a higher match, but no pension with it.”

Superficially, it looks like a repeat of the same old story of employers taking pensions away from their employees. But, in fact, there are a few wrinkles here.

In the first place, FedEx had already frozen its traditional pension plan, back in 2008, ceasing all new accruals and giving employees a hybrid plan instead. Beginning in that year, employees received instead a “cash balance plan” they called a Portable Pension Account, with credits of 5% of pay (up to 8% for more senior workers), as well as a 401(k) with a match producing an employer contribution of 3.5% when employees contribute 6% of pay. (Yeah, that’s an oddly unround number to my eye as well, and likely means a combination of fixed/noncontingent contributions as well as the traditional match.)

With the move away from the cash balance plan, employees will now receive an 8% potential match if they contribute 6% (likely, again, a combination of noncontingent and matching contributions). In fact, the switch will be mandatory for newly-hired employees, and existing employees will be able to chose whether to stay or switch.

In the first place, of course, not all employees will contribute enough to reach the full maximum and, of course, they will get less than the prior guaranteed 5%.

But at the same time, FedEx employees did not get a true 5% contribution in their cash balance plan, because that’s not how a defined benefit pension plan works. FedEx credited that amount to a notional account for recordkeeping purposes, but the money was not set aside in a real individual account for each employee like a 401(k). And rather than crediting the account with interest based on the plan’s investment earnings for the year, the plan credited each notional recordkeeping-only “account” with interest based on a U.S. Treasury bond index – according to their most recent annual report (p. 125), they assume that this crediting rate will work out to 4.0% over the long term, considerably less than the 6.75% they themselves expect to earn on their assets.

In other words, however much it might look like just a different form of retirement account, this is still a defined benefit pension plan, in which employers follow the same valuation methods (projecting the benefit to retirement) and pension funding and accounting rules as a traditional benefit. And the “real” value of the 5% contribution credit is some number less than this, because the interest credit is considerably lower than what assets in real-world accounts are expected to earn (though, at the same time, these accounts are guaranteed rather than at risk of market losses). How will workers and the company fare with the new benefit program? That’s hard to say without internal data.

On the, well, third hand, FedEx says, through company spokesperson Patrick Fitzgerald, “To be clear, this is not a cost-saving initiative. . . .This is an evolution of our employee benefits to attract and retain talent.”

But, to put this change in context, again, according to the company’s annual report, in 2017, the company offered to its vested former employees the opportunity to elect a lump sum payment, and paid out $1.3 billion to 18,300 participants. In May of 2018, they purchased a group annuity contract for $6 billion in liabilities for 41,000 retirees and beneficiaries, a contract that cost them $210 million more than the value of the liability they eliminated on an accounting basis. What’s more, the plan is 88% funded on a US GAAP basis (projected pay, corporate bond spot rates). This isn’t a matter of cutting costs – it’s about reducing risk, even at a cost.

So the story here at FedEx is ultimately not as simple as the narrative of an employer-villain and employee-victims. After all, would you choose a fixed but low interest credit or take your chances yourself?

What do you think? Share your comments at JaneTheActuary.com!

As hit film ‘Everything Everywhere All At Once’ racks up Oscar nods, here’s what really happens in an IRS audit, according to tax pros
SECURE 2.0 Glitch Appears To Remove Your Ability To Make Retirement Catch-Up Contributions In 2024
When Life Gets In The Way Of Your Retirement Plans
Tesla reports record revenue and beats on earnings
Pending Home Sales Improve In January As More Buyers Return