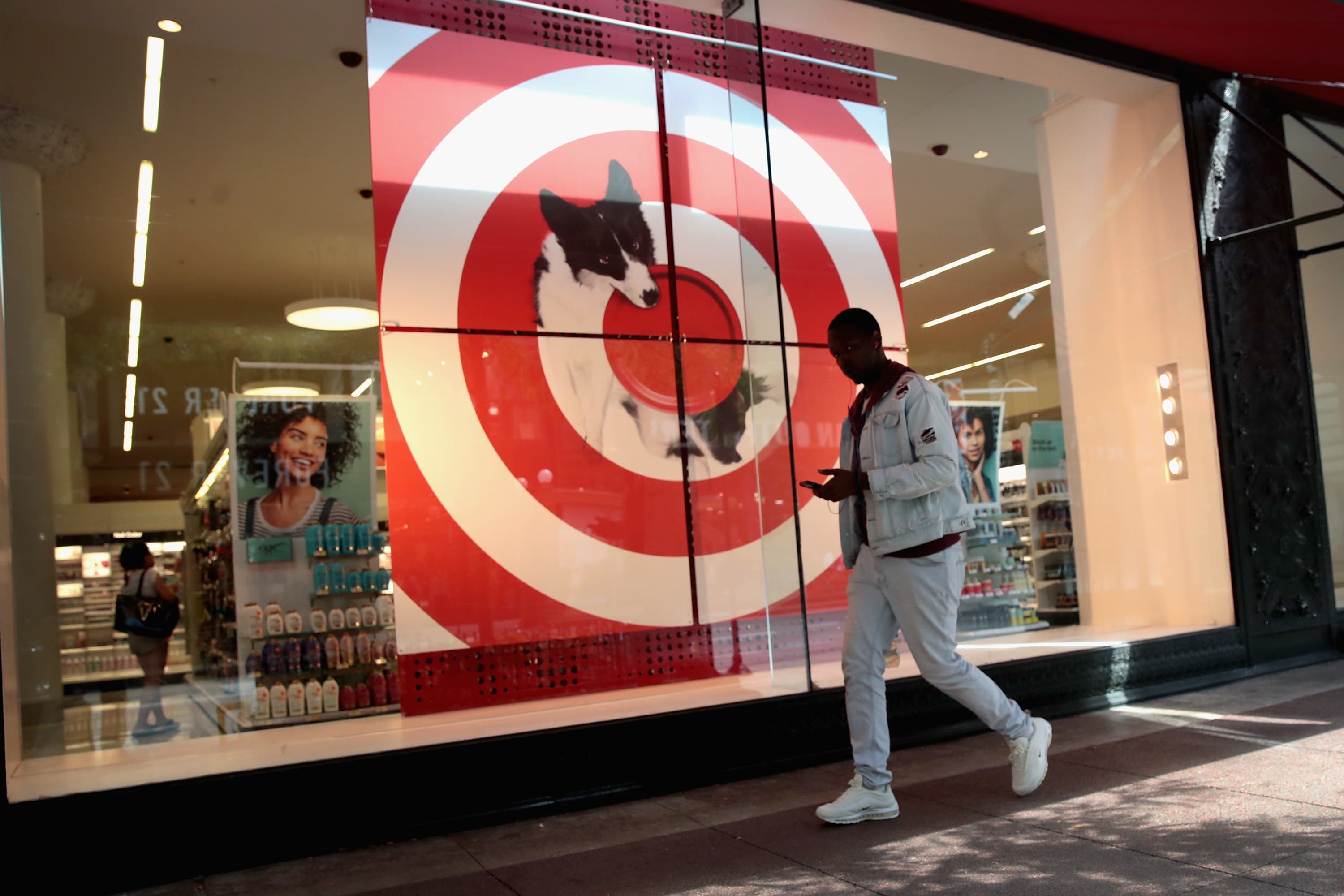 Check out the companies making headlines before the bell Wednesday:

Target — Target shares were set to open at record highs after the retailer’s quarterly results crushed estimates. The company reported earnings per share of $1.36 on revenue of $18.67 billion. Analysts polled by Refinitiv expected a profit of $1.19 per share on revenue of $18.49 billion. Same-store sales, a key metric for retailers, rose 4.5% to top a Refinitiv estimate of 3.6%.

Lowe’s — The home-improvement retailer reported quarterly earnings that beat analysts’ expectations, sending its stock up more than 4% in the premarket. Lowe’s posted an adjusted profit of $1.41 per share. Analysts polled by Refinitv expected earnings per share of $1.35. Lowe’s also hiked its earnings outlook for fiscal 2019.

Salesforce.com — The company raised the higher end of its fiscal 2020 revenue guidance and now expects sales for the period to range between $16.99 billion and $17 billion. That’s above a Refinitiv median estimate of $16.863 billion.

Boeing — Dubai-based airline Emirates finalized a deal to buy 30 Boeing 787 Dreamliner jets at the Dubai Air Show on Wednesday. The deal is valued at around $9 billion.

Alibaba — The Chinese e-commerce giant will likely price its Hong Kong IPO at around HK$176, a source told CNBC. That would make it the biggest listing of 2019 thus far.

Canopy Growth — An analyst at Bank of America upgraded the Canadian cannabis company to “buy” from “neutral,” noting the “worst looks over” for the beaten-down stock. Canopy’s valuation at current levels is “more reasonable” and Wall Street’s estimates are “achievable,” the analyst said. Canopy shares are down more than 40% this year.

Stocks making the biggest moves midday: Apple, CarMax, Coinbase, Peloton and more
Hurricane Ian Threatens More Than 1 Million Homes Along The Florida Gulf
Avoid Insider Trading By Selling Stock With A Rule 10b5-1 Plan
GE to work on converting old, gas-fired power station in Britain into a battery storage facility
Going to Hong Kong? Get ready for a barrage of Covid tests