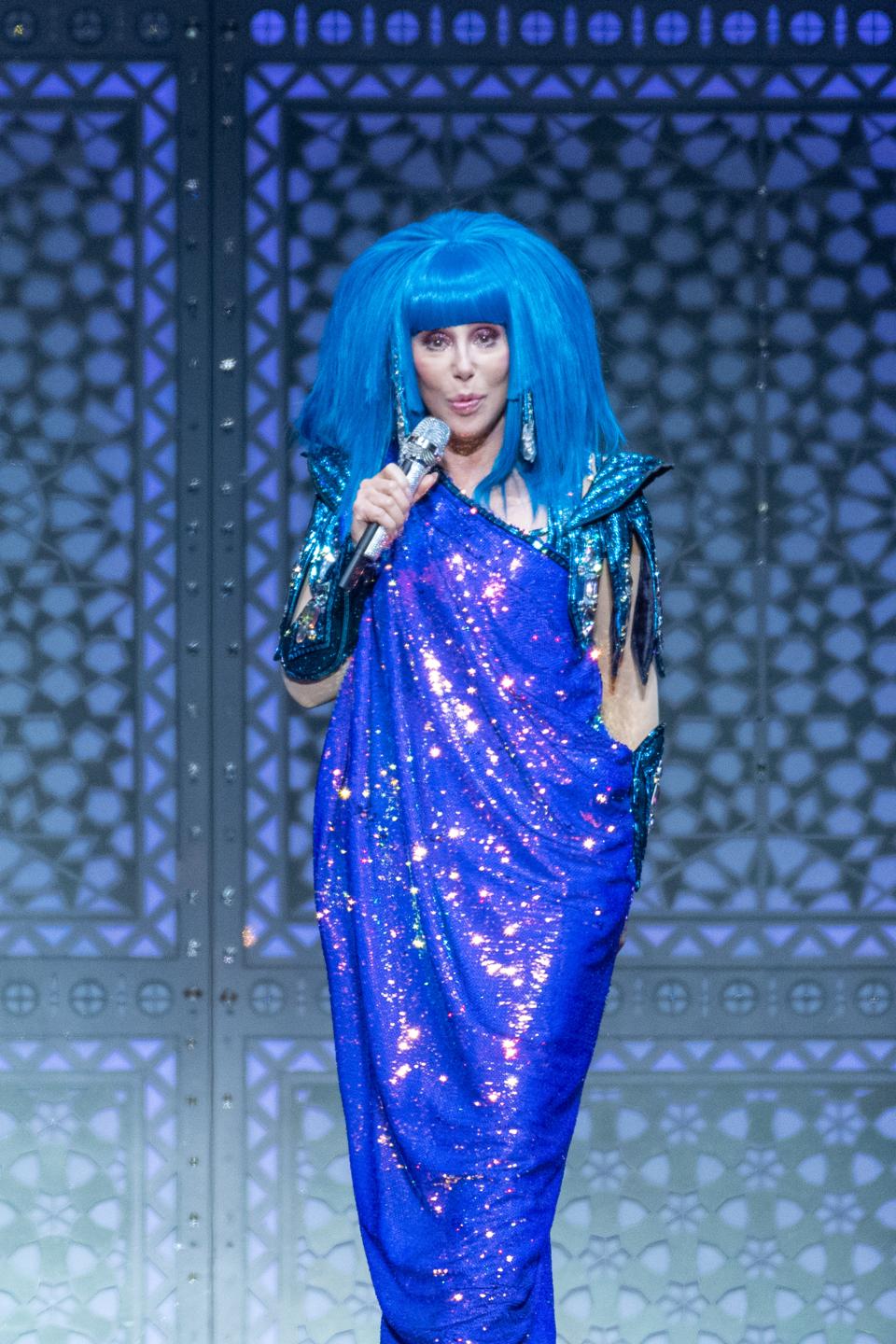 Hey, you know that really annoying Cher song? No, not “I Got You Babe,” the other one. No, no…not “Believe,” the really annoying one. C’mon…you know the one I’m talking abo….yes! “If I Could Turn Back Time,” that’s the one!

That song came on the radio the other day, and I got to thinking, “Man, if I could just travel back to December 2017, how different would my life be today if I had decided NOT to write about Section 199A, the “20% pass-through deduction” that was born as part of the Tax Cuts and Jobs Act?

The last two years would have been unrecognizable. On the one hand, I would have never been welcomed (twice!) on Damien Martin’s “Simply Tax” podcast, and built a professional relationship I value to this day. Nor would I have gotten published in Tax Notes, a career goal of mine. And of course, I wouldn’t have been invited to speak at countless conferences around the country.

But on the other hand, I wouldn’t be viewed as an authority on Section 199A, and that’s an alternate reality I covet far more than any airtime, byline, or mass exposure.

Because as the last 24 months have revealed, Section 199A is a MESS, and you never want to be the guy people hope will make sense of a mess. Have you ever tried to explain the deduction to someone who DOESN’T have significant experience in the tax world? How’d that go? I recently taught the material to my graduate tax class, and walked away feeling pretty comfortable that they had grasped the important concepts. Then I sent out a quick quiz to test their understanding, and the results were an unmitigated disaster. There’s just too much going on…below the threshold or above the threshold, phase-outs and phase-ins, SSTBs, W-2 wages and UBIA; we were promised simplicity with the TCJA and instead were handed a morass.

It’s no picnic for seasoned tax pros, either. To wit, I screwed up the VERY FIRST return I prepared that had a Section 199A deduction on it, and I’ve wasted more words trying to make sense of the provision than anyone in America.

Things have to change, and it’s not just tax professionals who feel that way. How do I know? Because House of Representatives member Andy Biggs (R-AZ) recently sponsored H.R. 4947, which if you don’t mind slapping another trillion or so on the ol’ national credit card, would greatly simplify Section 199A. But before we get into how Biggs would “fix” Section 199A, let’s get a brief reminder of what it says now.

First things first…like (nearly) all the individual provisions in the Tax Cuts and Jobs Act, Section 199A is effective for tax years beginning after December 31, 2017 and before January 1, 2026.

Section 199A is actually made up of three separate deductions, but it’s the first one we’ll focus on here:  the “20% pass-through deduction.” In its most simple terms, Section 199A grants an individual business owner — as well as some trusts and estates — a deduction equal to 20% of the taxpayer’s “qualified business income.” For business owners with taxable income in excess of $210,700 ($420,400 in the case of taxpayers married filing jointly), no deduction is allowed against income earned in a “specified service trade or business,” a designation that includes all sorts of personal service businesses, from accountants and doctors to consultants and lawyers. In addition, at these same income levels, the deduction against income earned in an eligible business is limited to the greater of:

Mechanically, Section 199A isn’t terribly complicated. The problems come in defining the various terms of art: What exactly is qualified business income? A specified service trade or business? The unadjusted basis immediately after acquisition of qualified property? And then, of course, there’s a brand new aggregation regime that’s intended to help maximize a taxpayer’s deduction, and while it certainly does that, it comes at the cost of significant additional complexity.

Sow how would Rep. Biggs clean it up? The changes would come in three parts:

Part 1: Section 199A would be made permanent. Do with that information what you will.

As a result, under Biggs plan, an owner of a pass-through business would now enjoy a TWENTY percent rate advantage over their C corporation-shareholder brethren, a disparity not seen since C corporation income was previously taxed at 35% and dividends at rates as high as 39.6% (resulting in a combined tax hit of 60% at a time when the top individual rate was 39.6%). A return to such a steep rate advantage would obviously lead to a number of the same taxpayers who recently fled flow-through form in favor of C corporation status to return to operating as an S corporation or partnership, a move that Rep. Biggs clearly contemplates given what we’ll see below.

Part 3: Here’s where things go off the rails a bit. Biggs would eliminate both the prohibition on the deduction for owners of a “specified service trade or business” (i.e., health, law, accounting, consulting, etc…) as well as the limitation on the deduction for high earners based on the W-2 wages paid by, or property held by, the business. This would obviously represent a huge windfall to every high-income lawyer, doctor, athlete, and more, who would suddenly see their top rate nearly cut in half, from 37% to 21%. Think about that…an attorney making $500,000 a year would actually pay a LOWER tax rate on earned income (21%) than he or she would on any capital gain (the top rate on capital gain is currently 23.8%). As a result, we would see every high-income service provider in America looking to leave status as an employee in favor of a role as an independent contractor, changing their roles juuuust enough to avoid falling victim to Section 199A’s safeguard for such situations.

Potential for abuse aside, Rep. Biggs’ plan would undoubtedly make Section 199A more equitable among industries and more simple for practitioners to apply. The problem, however, is one of cost. When the JCT scored the TCJA, it estimated that of the $1.5 trillion in tax cuts contained within the bill, $414 billion of it was attributable to the enactment of Section 199A. And that was WITH all the limitations and prohibitions in the provision, and WITH a 20% deduction instead of a 43% (or 47%) benefit. Double the deduction amount and remove all the limitations, and what would Rep. Biggs’ changes add to the deficit? I’m guessing well north of $500 billion over ten years, a price tag that will only grow when you layer on the other change in his proposal.

That’s right…there’s more. And it’s a big one. Independent of Section 199A, H.R. 4947 would also allow a business to change its form from corporation to partnership without ANY tax consequences. This would be a huge departure from current law; as it exists today, any C corporation (or S corporation, for that matter), that wants to convert into a partnership is treated as having first liquidated. This causes the corporation to recognize gain at the entity level as if the corporation had sold its assets for fair market value. Then, the excess of the fair market value of those assets over the entity-level tax bill (and any other corporate liabilities), is treated as a liquidating distribution to the shareholders, giving rise to a second level of gain. Making matters worse, any intangible value of the corporation is taken into account as part of this hypothetical sale.

To illustrate, if A and B own a C corporation that has hard assets with a value of $5 million, intangible value of another $7 million, and a basis in those assets of $2 million, under current law, if the corporation were to convert into an LLC, the corporation would recognize gain of $10 million, taxed at 21%. The corporation would then be deemed to pass out the net value of $7.9 million, which A and B would pay tax on (less any basis they had in the stock) at a rate of 23.8%. That’s a total tax bill of nearly $4 million on the conversion.

Under Biggs’ proposal, apparently, a corporation would simply be permitted to snap its fingers and convert to a partnership to take advantage of Biggs’ generous 43% pass-through deduction without incurring ANY corporate or shareholder-level tax. That amounts to – obviously – a $4 million tax savings. What’s fascinating is that this proposal takes up only a single paragraph within the proposed legislation, but it’s impact would be felt throughout the Internal Revenue Code, requiring wholesale changes to the law as we know it.

And at the risk of burying the lede, guess what else Rep. Biggs’ legislation would do? Fully eliminate the estate tax, which would add several hundred billion more to the deficit over the next decade.

Combine the changes to Section 199A, tax-free corporate conversions, and elimination of the estate tax, and in all likelihood, Rep. Biggs’ 5-page plan adds as much to the deficit as the entire Tax Cuts and Jobs Act.

Look..Rep. Biggs’ legislation won’t go anywhere. The price-tag is too high. Democrats control the House, and they’re not going to push forward any proposal that not only corrects, but ADDS to the cuts imposed by the TCJA. But other legislation to tweak the pass-through deduction will follow, and if nothing else, it’s comforting to know that Democrat or Republican, tax pro or member of Congress, we can all find common ground in our shared distaste for Section 199A.