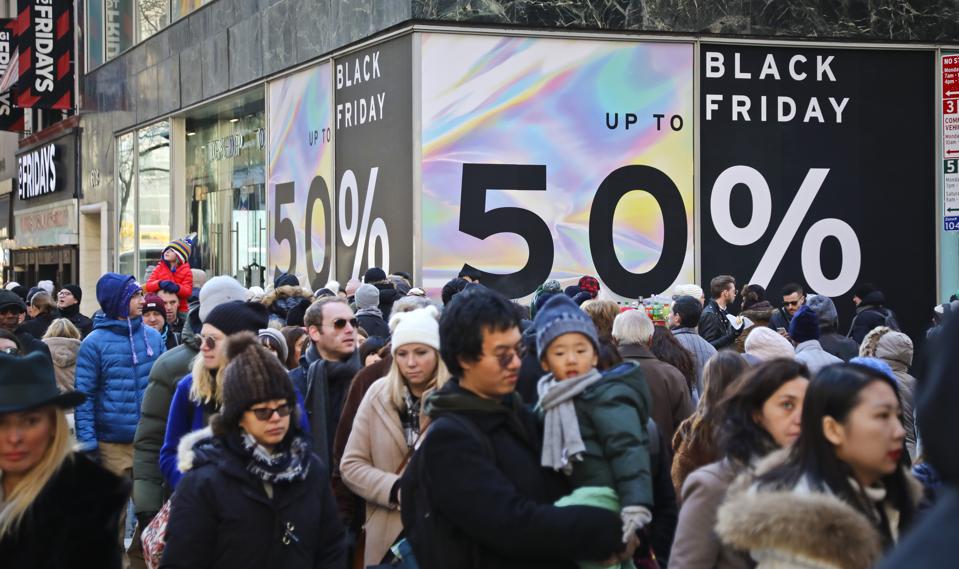 Topline: With the holiday shopping season right around the corner, millions will be out in force searching for deals beginning Friday, November 22, on Black Friday (November 29) and Cyber Monday (December 2), but here are six key consumer areas where the deals might not be as good as they appear, according to experts.

Key background: With the rise of digital and e-commerce sales creating even more intense competition between retailers, “that can create some good deals from a consumer standpoint,” says Morningstar analyst Zain Akbari. One key thing to watch for is shipping options, as many people who leave shopping until the last minute end up overpaying to get their items delivered. Amazon Prime offers free shipping, and more retailers, like Walmart and Target, are following suit, or at least offering faster and cheaper shipping options. “Having that variety should be a benefit for the time-starved customer,” says Akbari.

Tangent: While tech products like game consoles are very popular and see lots of good bundled discount deals during Black Friday and Cyber Monday, one thing to keep in mind is that most of these items are coming toward the end of their product lifecycle and have been on the market for a couple of years already, according to Adobe Analytics. With gaming systems like the PS4 or Xbox One, for example, remember that the next generation of consoles are just over the horizon. There are certainly great discounts available when it comes to TVs, but prices have been going down in recent years, so even if you don’t find a great deal for a TV on Black Friday, there are other good sales during the rest of the year, too.

Oscar nominations: ‘Everything Everywhere All at Once,’ ‘Top Gun: Maverick’ among leaders
LeBron James NBA Finals jersey expected to fetch up to $5 million at auction
Why The Renters Bill Of Rights Won’t Help Much
Tax filing season has kicked off. Here’s how to get a faster refund
Stocks making the biggest moves after hours: Tesla, Chevron, ServiceNow, Levi Strauss, IBM and more