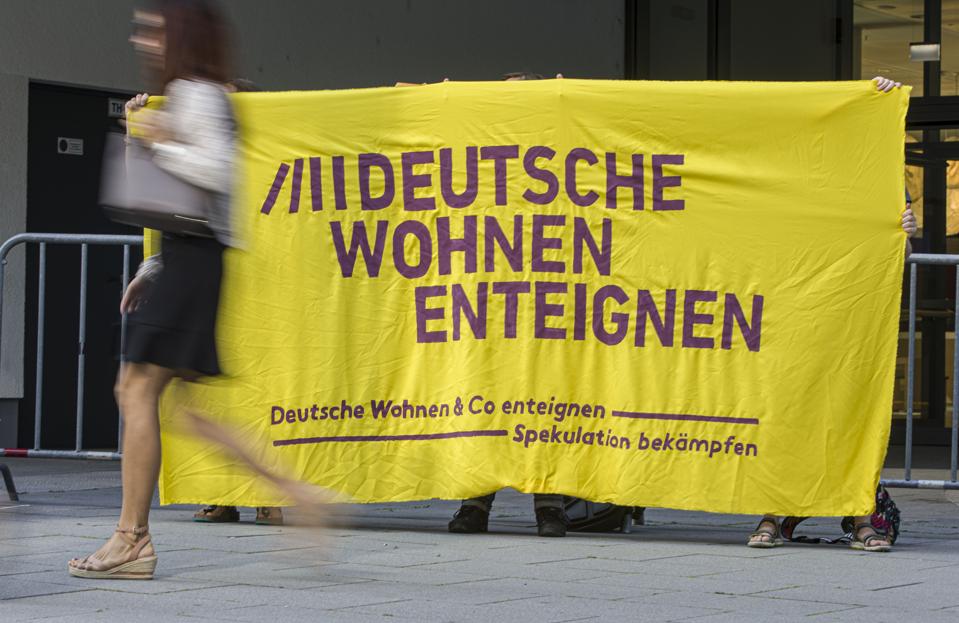 The German capital’s plan to limit soaring housing costs is scaring off investors, according to the city’s largest residential landlord.

Last month, the local government in Berlin agreed a to freeze rents for five years to tackle skyrocketing housing prices.

“The damage has already been done,” Philip Grosse, chief financial officer of Deutsche Wohnen SE, said in an interview with Bloomberg.

Grosse added that the move is delaying “much-needed investments” in the residential sector. “The longer we have that uncertainty, the worse it will be.”

Grosse’s company, Deutsche Wohnen, has put on hold all its developments in Berlin and has announced it will focus on other German cities instead.

Earlier this month, the housebuilder said that the government initiative could cost it as much as €330 million ($363 million) over the next five years.

“The city of Berlin is creating its own civil code which conflicts with the federal regulations,” Grosse said. “Our constitution explicitly forbids that.”

The initiative to freeze rents for five years on all properties completed through 2013 was initially proposed in June by the Left party.

It was approved by the local government late last month and it is expected to be ratified by parliament before the end of the year.

Grosse said he believes the law “will not survive constitutional review”. He said: “I have great trust in our legal system. [The proposal] is losing steam, and it’s not going to happen”.

If approved, the plans, which also include measures to cap subletting contracts, would take effect in January 2020.

The clamp down on rent rise is one of the most extreme decisions taken by a Western capital in recent times.