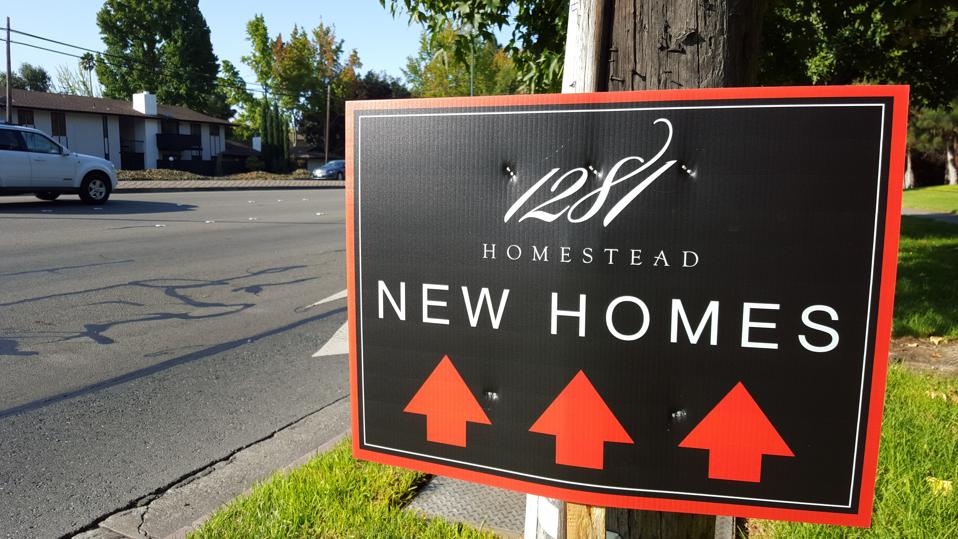 Residential real estate seems to have regained health of late, and in more ways than one. On the macro side, activity, after months of stagnation and decline, has turned upward again. Alone, this change has lifted the specter of recession. Still more encouraging, lower-priced housing has begun to appreciate much faster than the long-leading expensive side of the market. Similarly, more reasonably priced regions of the country have begun to see more buying activity and more price appreciation than the high-flying regions, which previously had led. If these trends continue, and they seem to show resilience, they promise to alter the residential real estate market fundamentally.

The national turn toward growth is welcome indeed. According to the Commerce Department, new housing starts, after falling almost 7% from their January 2019 peak to July, then rose some 9% into October, the most recent month for which data are available. Sales of new homes, after falling some 4% between last March and June, rose 5.4% in August and September, the most recent month for which these data are available.

Perhaps more important than the turn itself are the two key fundamentals fostering it. Both make it easier for the average American to support a mortgage. First up is the Fed’s decision to cut interest rates. Thought the central bank has focused on the short-term side of financial markets, its move has caused all sorts of mortgage rates to fall. The Federal Home Loan Mortgage Association notes that the rate on a 30-year, fixed-rate mortgage has dropped more than a full percentage point from about 5% at the start of the year to 3.75% recently. Second, the rate at which home prices have risen has slowed from about 5% a year last winter to some 3.3% recently. Critically, this pace is slower than household income growth. The confluence of these trends has eased the burden of supporting a new mortgage. According to the national Association of Realtors, home purchase affordability improved some 6.5% from lows last May to August, the most recent month for which data are available.

Reflecting this improvement and reinforcing it as well are signs from the lending side of the market. According to data gathered from all the government-sponsored agencies that buy mortgages from lenders, the long period of turmoil in this market seems to have ended. Mortgage lending by large banks, which had dropped from 40% of all such lending in early 2018 to 30% a few months ago, has begun to pick up again.  At the same time, lending by smaller banks has stabilized, albeit at a limited 15% of the market. Non-bank mortgage lending, the great disrupter since the financial crisis of 2008-2009, seems to have stabilized at 50% of all such lending. None of this is to suggest that one lender is necessarily better than another. Rather the trends speak to a welcome broadening of interest in new home financing.

More encouraging still and clearly reflecting the improved affordability of home purchasing is the reduction in lending risk. According to American Enterprise Institute housing market indicators, mortgage risk expose overall has dropped more than 15% during the last year.  Among small bank mortgage lenders, it has dropped some 19%. It has dropped some 20% among non-bank lenders. Among large bank lenders, it has fallen little but for them risk has always been lower than elsewhere.

These important changes have done much to lift recession fears. They should. The United States has never gone into recession when residential real estate has shown improvement. Welcome as this turn is, it is far from the whole story, and in some respects, these other parts show an even more dramatic change from past trends.

Unlike the past few years, buyer interest now has turned toward lower-cost housing in less expensive regions. To be sure, rates of price appreciation in every market segment have slowed, but they have done so most markedly for higher priced homes. Back in 2018, prices for the top quartile of homes in the country were rising at a 7% annual rate. So far this year, the pace has remained well below 2% and at last measure came in at 1.75%. By contrast, houses in the lowest quartile of the market have shown an average 5% rate of appreciation lately, down, to be sure, from the 6.5% rate of 2018, but not nearly as much as the high-priced end of the market and faster now than expensive properties. The middle quartiles fall somewhere in between these two extremes. This is quite a change given that the high end has led throughout the most of the time since the 2008-2009 financial crisis.

Tax reform may not provide the entire explanation for the change, but it surely has played a big role. The law has long limited the mortgage interest deductibility above a certain amount, but the 2017 reform changed people’s calculations much more by also limiting the deductibility of state and local taxes, including property taxes.  At the same time, that reform about doubled the standard deduction, making a high priced house in a high tax jurisdiction a much more expensive proposition than previously, absolutely and relative to alternatives.

This tax effect is certainly evident in the regional mix of real estate appreciation. Among the 40-some major metropolitan areas of this country, the greatest home appreciation during the last year has occurred in Indianapolis.  Columbus, Ohio came in second, followed by Charlotte, North Carolina and Cincinnati. Places where prices and taxes are higher, and that have led in the past, have seen much less interest or appreciation.  Los Angles and New York, San Diego and San Francisco all registered home price appreciation rates in the bottom half of this national distribution. People will, of course, naturally gravitate to places that are more affordable, but the tax reform made the difference that much more compelling.

Other than those who have bet heavily on appreciation in high-priced, high-tax regions, the picture painted by these statistics is universally encouraging. The pickup in construction and buying activity nationally offers good reason to relax recession fears. The drift toward lower-priced houses in lower-tax regions describes a more broadly based support for real estate than previously and hence less chance of either dangerous excesses, of a financial or economic nature.  These trends also point to a broader-based prosperity than previously.  If these matters fail to address questions of income inequality, they do say something on wealth inequality. An American’s home, after all, typically constitutes the bulk of his or her wealth.

Know The Times When An IRA Conversion Is Most Likely To Pay Off
The Most Expensive U.S. Real Estate Sales Of 2022
Tax season starts with boosted IRS workforce, new technology as agency begins to deploy $80 billion in funding
A Closer Look At Forthcoming Tax Guidance On Electric Vehicle Credits
Biden-⁠Harris Administration Announces New Actions To Protect Renters And Promote Rental Affordability