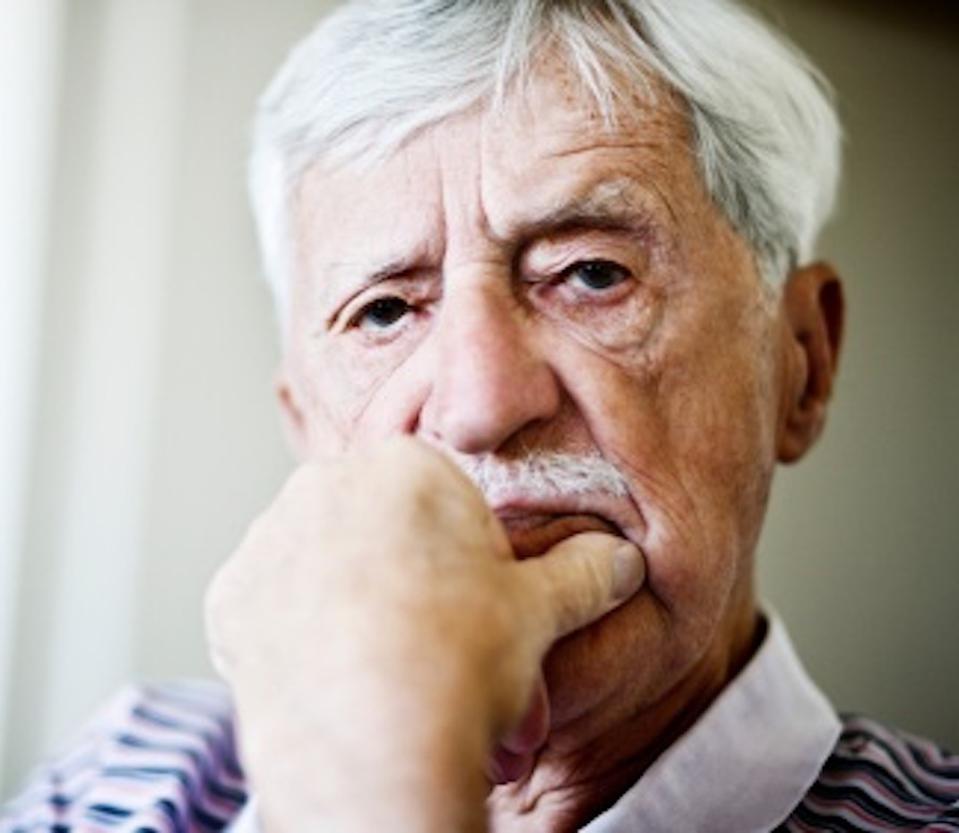 Hearing, memory and mobility all going at once: the aging triple whammy. We see it with Walter 91, was a very accomplished CEO in his day. He has always been a take-charge guy. But now, he has a severe hearing loss which limits his life considerably. He hates hearing aids and won’t wear them. He rejects using a cell phone because of it, as he can barely hear on a regular landline phone. His memory is going, and fast. He does not like to admit this. He never wanted help. Accepting that he forgets a lot means that he would actually have to ask for help. Further, he is now having trouble walking. He uses a cane but he’s not so steady on his feet and he knows it. He goes slowly. The threat of a fall looms constantly. He still drives his car around but he knows that’s not going to be for long.

Walter has a loving son, Micah who has often butted heads with his father over the years. He sees that Dad needs help but he is very hesitant to suggest it, since Walter grows angry when anyone suggests assistance of any kind. Does this sound like anyone you know?

Families everywhere are facing stubborn, resistant elders in their lives. We hear about the problem very frequently at AgingParents.com where we consult with families, usually the adult children. Frustration reigns. No one wants to infuriate the parent, but it is clear that the elders are becoming unsafe physically and in managing their normal daily business. We get this question repeatedly: What are we to do? “I don’t want Mom/Dad to cut me out of their lives”. “I’m afraid he’ll get so angry he’ll disinherit me.” “She has a terrible temper and she’ll start screaming at me if I bring it up.”

Sometimes we suggest a family meeting with the adult children and the elder present. This works if they are close enough to meet in person at AgingParents.com or if all are willing to do a teleconference or meet by video. It also works if the elder in question expresses any desire for peace in the family. Most say they don’t want to burden their children and getting them to the bargaining table can be done by using that. The purpose of a meeting is to discuss how to avoid becoming a burden.

With a neutral, outside person guiding the conversation, it can all come out: the fears of the kids, the fears of the elder about losing control or being put away in a home. Reassurance and developing a plan together can be very useful. The elder has a say in what the plan is. With Walter, it was to ensure that Micah became the appointed agent with Power of Attorney. Then it was identifying what Micah would do, such as bill paying or arranging for a driver to take over that responsibility from Walter.

Giving up his total independence is difficult for Walter. “I can still think!” he says defiantly. Yes, and his word will be heard and respected, he’s told. But the involvement of his son is now a matter of safety. Micah ordered an amplified telephone for Walter, who lives alone. That will be a huge help. Gradually Micah will be examining his Dad’s financial records and ensuring that no payments are missed because of memory loss. He set his father up for online auto bill pay, something Walter had never done before. The matter of a household helper is on the agenda next. We continue to work with the family to assist with what is essentially a transition of power.

One thing to note is that when families are together, such as for holiday gatherings, you have an opportunity after any celebration, to have a family meeting. Take the opportunity. Avoiding the subject of aging parents’ impairments is asking for a crisis.

Pension Income Bolstered A Struggling COVID-19 Economy
IRS about 3 to 5 times more likely to audit Black Americans’ tax returns, study finds
America Needs To Improve How It Treats Its Older Workers
2022 was the ‘real year of the Great Resignation,’ says economist
‘Greenwashing’ is a good thing, according to one renewable energy tycoon