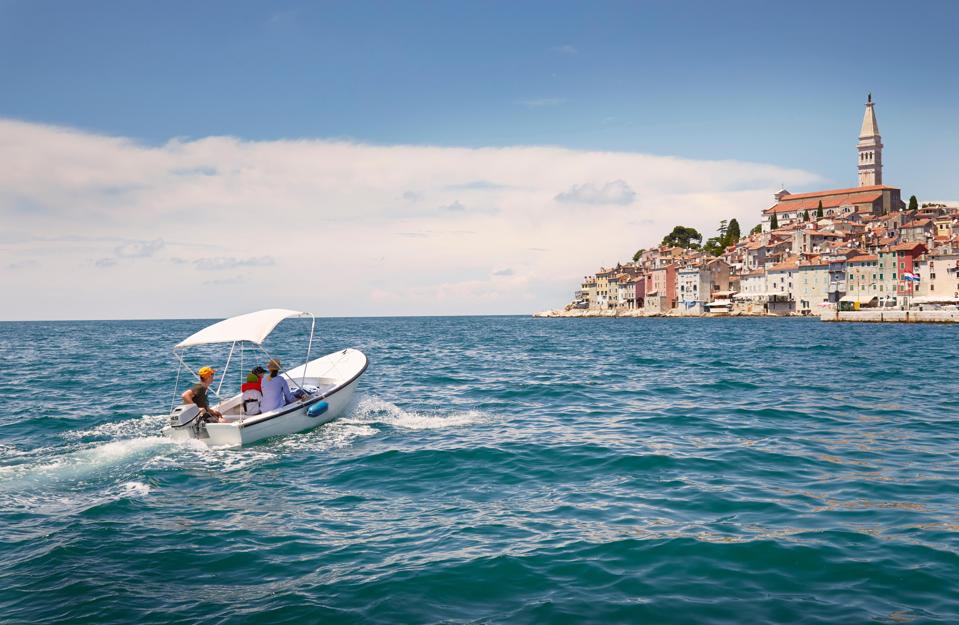 With 700,000 U.S. Social Security checks a month now going to folks living abroad, foreign retirement is no longer an odd or terribly unusual proposition. But as with many major life decisions, deciding to pick up and leave these shores requires considerable thought and planning.

This much is certain: In many places it’s possible to maintain a higher standard of living at a lower cost than in the U.S. And for your money, you can also get such benefits as breathtaking scenery, beaches, terrific weather, great food and riveting culture.

But there are also potential drawbacks, including taxes (sometimes high, always complicated); healthcare (Medicare can’t be used abroad); getting back to see relatives (not all attractive locales have a quick or even direct flight back to the states); and social isolation (particularly if you chose a place where English isn’t widely spoken and you’re not fluent in the dominant language). There’s also the matter of getting permission to stay permanently in that foreign haven of your dreams.

It’s a lot to sort out. To give you a big head start on your research, Forbes presents its new list: The Best Places to Retire Abroad in 2020. The list, which is in alphabetical order based on country name, is here. In putting it together, we considered all the issues described above, and more.

Richard Detrich, and his wife, Nikki Steele, wrestled with these issues more than a decade ago as they contemplated a foreign retirement. They lived in Ventura, California, a distant coastal suburb of Los Angeles that was pretty enough but expensive as hell and full of traffic. Detrich, then in his early 60s, grew up in the Midwest and on the East Coast and had had a varied career: pastor, travel agency operator, fitness chain Web guru and real estate agent, augmented by an M.B.A. from California State University Northridge. Steele, for her part, had run for years a government program dealing with teenage moms and dads. “My wife and I reached the point one day when we decided you have to cash in your chips,” Detrich recalls.

The couple quickly decided to move abroad. But where? Methodical by nature, they separately drew up lists of the most important factors in making that decision. They then compared notes. It turned out their lists were pretty similar. A warm climate, a lower cost of living (not hard to find when compared to California), convenient to visits by grown children still in the States, a stable government and economy, and a culture accepting of folks from other cultures.

That narrowed their list down a lot. They focused on Costa Rica, the U.S. Virgin Islands and Panama. They chose Panama for several reasons: It was outside normal hurricane zones, and Detrich and his wife had been there before. Plane trips from the U.S. were short and affordable. The weather was warm but not especially tropical.

They didn’t speak much Spanish but found they could get around. So they took the plunge in 2004, moving to Boquete, a small lush, scenic mountain town in the western part of the country near the Costa Rican border that’s now popular with American retirees. Ignoring the usual advice given to expats in most places to rent rather than buy, they bought a house. “I don’t recommend doing that,” Detrich says now, “but it’s worked out.”

In 2010, he started blogging about living in Panama at richarddetrich.com. That same year he published a retirement guide, Escape to Paradise: Living & Retiring in Panama. In 2017 he brought out a second edition, The New Escape to Paradise: Panama Q & A. These efforts (the blog carries ads for Panama real estate) bring in a little revenue, which Detrich, now 77, supplements by operating a small coffee farm and working several months a year as a lecturer on local topics aboard cruise ships around the world. But despite the Panama Canal, “I have to fly to other countries” to catch the boats, he says.

Panama is one of 25 countries we recommend on five continents and some islands. For each of the 25, we list several inviting locales (including Detrich’s home of Boquete)—a total of 65 recommended places in all. While U.S. expats tend to congregate in specific areas, there are usually many more possibilities that can be discovered with a little due diligence on the Internet.

One plus of most of the countries on our list: Good medical care and health insurance is available at a cost so far below U.S. price levels that private insurance or even out-of-pocket payments can replace Medicare without bankrupting you. Several countries, including Uruguay and Italy, even allow expats to join their national health care systems under certain circumstances.

As noted, Medicare can’t be used in foreign countries. But it actually is available in one venue that made our list: the U.S. Virgin Islands, which is an American territory. Medicare is also an option for retirees close enough to drive or fly back from countries like Canada, Mexico, Aruba, Costa Rica, Dominican Republic, Belize and Panama.

In assembling the list, we looked at a number of factors in addition to healthcare. These include overall cost of living, ease of gaining the right to stay, climate, culture, things to do, political stability, crime, ease of traveling back to the U.S. and whether you can get by speaking only English.

Another issue we looked at is taxes. Frankly, the tax situation for Americans living abroad is not great. Unlike most other countries, the U.S. taxes its citizens on their income no matter where they live, so there’s no break there. The country of foreign residence, of course, has its own taxes, often at higher rates. U.S. tax law allows U.S. filers to take a foreign tax credit against U.S. taxes for certain tax payments made to other countries, but this is somewhat limited.

The U.S. has tax treaties with most of the countries on the list and these treaties provide some protection against double taxation, or taxation of the same income by both the U.S. and the country of residence. The Internal Revenue Service website, irs.gov, provides guidance as well as a list of tax treaties in effect.

A handful of countries on our list, including Australia, Costa Rica, Malaysia, Panama, the Philippines and Uruguay, don’t tax any foreign income of expat retirees, while several others, including Colombia, Dominican Republic, France and Thailand, don’t tax pension and Social Security payments. Regardless, expect to pay more for tax preparation assistance and advice on such issues as reporting foreign accounts to the Treasury.

Overall political stability is another important issue, and it can change from year to year. Chile, Ecuador, Nicaragua and Peru made some previous Forbes lists of places to retire abroad, but aren’t not on the list now due to unrest in key places, such as the capitals. On the other hand, we now include Colombia and Croatia, which not so long ago had big problems. Similar to the U.S., many countries on this list have safer places and those to avoid. In Mexico, some of the border cities are questionable, while the Philippines has unrest in a remote province.

A key issue, of course, is what it takes as an American retiree to gain the right to live in a foreign country. Most of the countries on this list allow foreign retirees to settle there upon a showing of adequate income resources, such as pensions, Social Security and retirement accounts, or overall net worth. That adequate income can range from a minimal amount—$15,600 a year for two in Cyprus—to more than $100,000 in places like Ireland. Australia looks for a net worth topping $600,000.

In some countries, family connections to the country, such as a grandparent born there, are a big help. That works in Ireland. Canada currently makes it very hard for an American retiree without close family living in Canada to move there. But our northern neighbor allows American tourists to stay for six months a year with few questions asked, raising the possibility of simply splitting retirement between the U.S. and Canada.

But personal resources are hardly the only issue. Every country has procedures that have to be followed. Paperwork frequently has to be translated into the main language of the country. Some countries specify that an application first be filed with the country’s U.S. embassy, while others require the paperwork to be filed once the retiree arrives in the country on a tourist visa. The website of the country’s U.S. embassy often has helpful information. Some expats retain a lawyer to handle the process.

The initial permission to stay beyond a tourist visa is generally granted for a limited period of, say, a year or two, with the possibility of renewals and, eventually, something similar to permanent residence.

Using a tourist visa to stay as long as possible—most countries allow at least three months—on a first look to get the lay of the land is an excellent way of scoping out what might become a future home. It is often possible to rent an apartment on a short-term lease. That could lead to a longer-term rental, since most Americans end up renting, not buying a home. Buying property in a foreign country can entail all kinds of issues, and in some places is hard to do. There are other issues too; for example, Belize has had problems with fraudulent land sales to Americans.

Expats retiring to a foreign country generally have to show proof of medical insurance, which is a smart thing to have, even without a mandate. Coverage can be identified from such sources as  the Association of Americans Resident Overseas and Medibroker. Reflecting the lower cost of healthcare abroad, rates are generally reasonable, but finding coverage for some pre-existing conditions can be tricky.

A crucial warning: Even if you’re retiring abroad, make sure you enroll in Medicare Part A when you turn 65. It covers hospital care in the U.S. and it’s free. But also pay premiums for Medicare Part B, which covers doctors and other outpatient services. (Part B premiums for 2020 start at $144.30 but can be a lot higher based on income). Why pay for something you’re not using? You might come back some day. If you decline Medicare Part B now and later return, you can be hit with a late enrollment penalty equal to 10% for each year you would have been paying premiums.

Due diligence, of course, is the key to any move. The internet and social media have made this a lot easier. Facebook, for example, hosts scores of groups for expats in specific countries. If a group for a location you’re interested in is closed, ask to join and then fire away with questions about the nitty gritty—cost of living, crime, banking issues, ease of bringing personal property such as a car, and so on. Expats tend to be a helpful bunch, particularly when it comes to sharing information.

Not on Facebook? Turn to Google. For example, a search earlier this month on “expat blogs in Portugal” produced more than 500,000 hits. One blog, Portugalist, run by an expat couple, had recent and useful posts on getting the best rate sending money to Portugal and traveling around the country on bus.