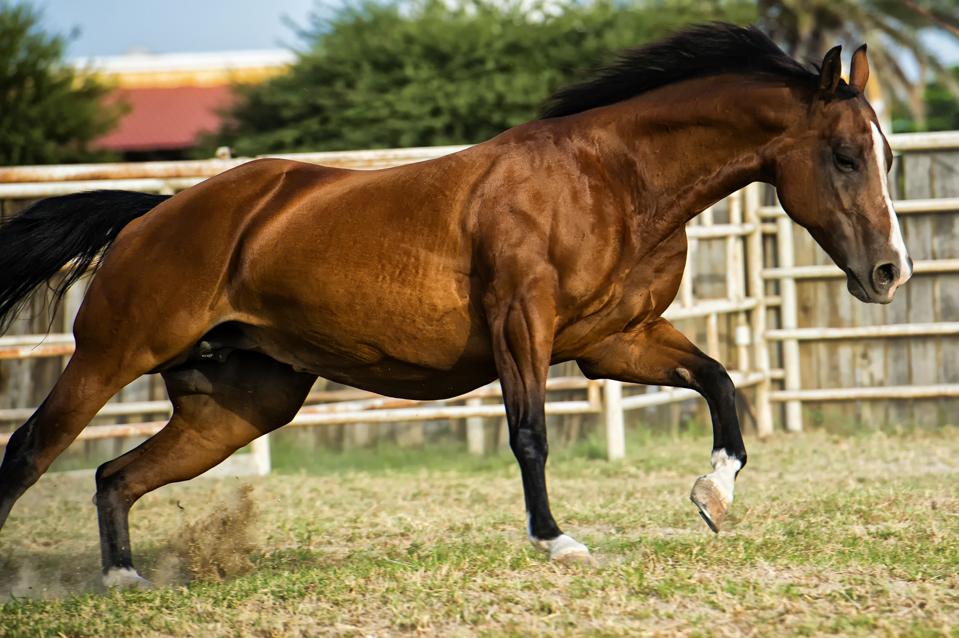 A long string of losses in a horse related business may well attract IRS attention. Don’t despair. If you take the right steps you have a good chance of winning in Tax Court. Reilly’s Eighteenth Law of Tax Planning – Honest objective trumps realistic expectation.

Lowell G. Den Besten was facing a tab of over $250,000 in tax and accuracy penalties from IRS denial of the losses from his cutting horse activity for the years 2006-2010. Tax Court Judge Paris ruled that the losses are allowed.

There are two notable things about the case. The first is that Mr. Den Besten managed this win representing himself in Tax Court. The second is the issue that he lost on, which ended up not costing him anything. Here is some background according to the decision.

Mr. Den Besten owns and manages Dakota’s Best Seed, which apparently has been quite successful. He sold the business on the installment basis in 2002 to focus more on his cutting horse business, but found that it did not do so well without him and had to take back over in 2005. The seed business lost nearly $200,000 in 2005, but was consistently profitable in the subsequent years averaging around $140,000 per year in the years under audit.

The cutting horse business was, of course, losing money in those years or there would not be a decision to write about.

This is not Judge Paris’s first rodeo when it comes to cutting horses, so she refers to her opinion in the case of Finnis Welch to describe the sport.

“A “cutting horse”, although not a specific breed, is typically an American quarter horse that has been developed through superior breeding and careful training to isolate and remove a single animal from a larger herd. Cutting horses were originally prized on working ranches for their ability to cut, or separate, individual cows from the herd. A horse’s skills can be showcased through timed competitions that mimic ranch work”

You make money in the business both through prize money and breeding. The latter is probably where the potential for the big payday is. Mr. Den Besten started the business in 1997 and through the date of the trial (May 2, 2016) had not had a profitable year.

Things had been looking really good around 2005 with a world champion horse with great breeding potential. But the horse died and Mr. Den Besten had to devote more time to the seed business.

Everything I know about horse businesses I learned from reading Section 183 cases. My overall conclusion is that more than most businesses, being involved with horses is one GD thing after another.

Judge Paris went through the nine factor drill called for in the regulations and confirmed my observation from studying hundreds of other cases. If you win on the first factor you win the case. The factors are:

One Factor To Rule Them All

If you want to win a hobby loss case, Judge Paris’s discussion of Mr. Den Besten’s businesslike approach (the first factor) is what you want to read.

Mr. Den Besten was able to show that he had a business plan though his actions.

“Petitioner’s business plan is evidenced by his actions. Petitioner’s plan was to build upon his established reputation in the cutting horse industry and increase recognition of his brand through his horses’ continued superior performances at cutting horse competitions. In order to carry out this plan he purchased and bred quarter horses to train into winning cutting horses. “

Make a note here if you can’t wring a written business plan out of your client to use this decision.

He also managed to get by on fairly simple business records, basically receipts and disbursements. Judge Paris laid off the common critique of business records that they were not used explicitly to control expenses.

Changing operating methods was also a win as the cutting business was ramped up in conjunction with the sale of the seed business and ramped down when he had to dive back into the seeds.

Finally, there was plenty of advertising.

Success on this factor is critical and the success speaks well of the credibility that Mr. Den Besten was able to project.

As far as the other factors go, he wins easily on expertise, effort and the prospect of appreciating assets. The fifth factor success in other activities was neutral as the seed business is very different. Naturally he loses on factors six and seven. Other taxpayers with similar facts might have lost on financial status of the taxpayer and elements of recreation, but it is really the first factor that sets the tone.

There would have been no need to walk through the 183 factors at all, if the seed business and the cutting horse business were unifed. Mr. Den Besten tried to make that argument, but Judge Paris was not having it.

It was actually pretty simple. That is not the way the returns were filed which makes for a really heavy burden in proving otherwise.

Positions taken by a taxpayer in a tax return are treated as admissions and cannot be overcome without proof that they are erroneous.

My perspective is that of a tax adviser and what I have learned from studying Section 183 cases is this. If there is something that your client really wants to do, regardless, and they honestly tell you that they are going to try to make money at it, you should take the losses. You should also coach them on the factors, but particularly on the first factor which is being businesslike.

At the end of each loss year go over the results with them and ask them what they are going to do differently in the next year. Document the narrative. Who knows? Maybe with enough discipline they will start making money. Regardless, you will be ready when the audit comes.

Lew Taishoff alerted me to this decision (I might not have gotten to it for a while. Nobody else follows the Tax Court with Mr. Taishoff’s intensity). His piece was titled Cutting Horses Gone To Seed.

“Word to a colleague: Mr. Reilly, here’s another one for ya.

Lowell was in the seed business, but loved cutting horses from boyhood’s earliest hour. He sold the seed business on the installment plan to his son, but the son defaulted on the notes. While son was letting the business go to seed (sorry, guys), Lowell was winning championships at cutting horse events, breeding, advertising, hiring help, giving all his records to trusty CPA of thirty years’ standing, downsizing the horse stuff while trying to rebuild seed business after son nearly cratered it, and showing how horses could increase in value by winning contests or breeding or both. Judge Paris has it all: Lowell gets six factors, IRS gets two, and one is neutral.”

Theresa Schliep has something behind the Law360 paywall.

Stocks making the biggest moves premarket: Intel, Chevron, American Express, Silvergate and more
Rocket Lab establishes new U.S. foothold with successful launch after years of delays
Bill Gates is ‘very optimistic’ about the future: ‘Better to be born 20 years from now…than any time in the past’
How A 529 Plan To Child IRA Conversion Can Turn Your Teen Into A Middle-Class Millionaire
Suze Orman: Americans are short on emergency savings amid ‘dangerous scenario’ for economy