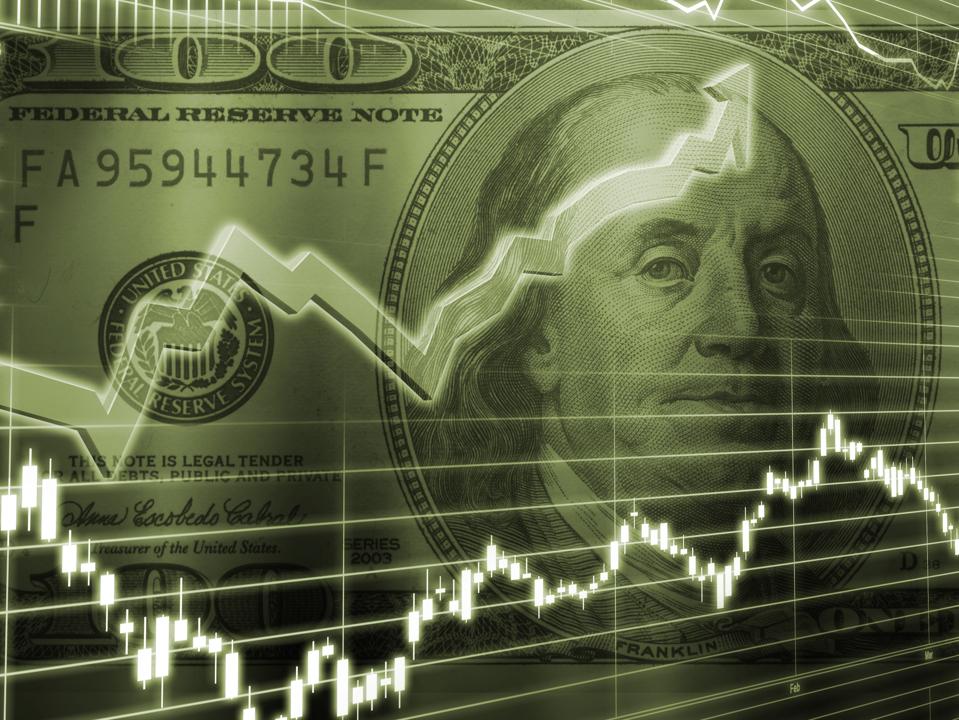 As we approach the end of the year and the decade, we have a significant divergence of opinion in the bond and stock markets about the economic conditions of the US and global economy. The bond market warning sirens had gone off earlier this year, but the stock market decided in June that all was well in the neighborhood. We may as well toss in some other perspectives as well, CFOs think we have a recession looming, but consumers think things are fine…and then there’s the Fed. Who’s right?

Bond market. The bond market experienced a yield curve inversion, actually a series of inversions, earlier in 2019. The chart below, from the Fed, shows the benchmark 1-year minus 2-year inversion happening around the end of August, and the 10-year minus the 3-month inverting in March and multiple times after.

The chart also shows a ‘dis-inversion’ and the normalized yield curve. All clear, right? In the last three recessions (shaded bars on the chart below) the inversion reversed itself prior to recession.

Looking again at the three most recent recessions, notice the following:

The pattern, simply put, is an inversion, then the yield curve rights itself, as in the past three recessions, and a recession follows somewhere from 4-12 months later. There are a variety of potential explanations, including the observation (by the Fed) that inversions correlate with banks tightening credit policies. Credit tightening might then contribute to the recession. See the chart below, where credit tightening (blue line) rises commensurate with yield curve inversion (red line):

Bond market and interest rates seem to be saying recession, and this seems to be a global phenomenon. According to Charles Schwab & Co. and FactSet, about 70% of world developed economies are in a yield curve inversion. The stock market, on the other hand, seems to be saying otherwise.

The charts show that on average, over the last 6 recessions, the market tends to peak about 30 months prior to the recession start, and bottoms about 52 weeks later. This would infer that a decline precedes the recession. Now look at the current scenario:

Here the purple line illustrates that same pattern…until last December 24, when it becomes totally unlinked. While the bond market was suffering the inverted yield curve, the market was having a shindig. Explanation? It could be optimism over a pending trade deal with China or optimism over profits for 2020, which have a consensus estimate of about plus 5%. Irrespective, the bond market and stock market are far apart in their opinion on a pending slowdown.

CFOs weigh in. A September 2019 Duke University CFO survey indicates that more than half (53%) of U.S. CFOs believe that the U.S. will be in an economic recession by the third quarter of 2020, and 67% predict a recession by the end of 2020.

John Graham, a finance professor at Duke University’s Fuqua School of Business and director of the survey said, “For the first time in a decade, no region of the world appears to be on solid enough economic footing to be the engine that pulls the global economy upward, trade wars and broad economic uncertainty are hurting economic outlooks worldwide.”

And now…a word from the Fed. The Fed has two models for predicting economic activity. The Atlanta Fed GDPNow model is showing a 4Q 2019 GDP prediction of 0.4%. That’s not zero, but it’s a whole percentage point below the October estimates. The NY Fed publishes recession probabilities and is showing a spike in probabilities:

Note that the probability line rising above about 33% seems to show a pending slowdown.

What to do now. Recessions are an inevitable part of the economic cycle, but in a mixed-signal cycle, planning for the downturn seems more logical than planning against it. Keeping a balanced, albeit conservative, allocation in investments and rebalancing away from extreme valuations can reduce risk. Having transactional cash and credit lines in order will provide dry powder for opportunities. We’ve built a Recession Opportunity Kit™ that identifies 8 things businesses and individual can do going into a recession.

Single Women Are More Likely To Own Homes Than Single Men In Nearly All States
As hit film ‘Everything Everywhere All At Once’ racks up Oscar nods, here’s what really happens in an IRS audit, according to tax pros
Stocks making the biggest moves midday: Wayfair, Meta, Apple, Spotify, Qualcomm and more
Why The Renters Bill Of Rights Won’t Help Much
Look To The States, Not Congress, For Long-Term Care Financing Reform