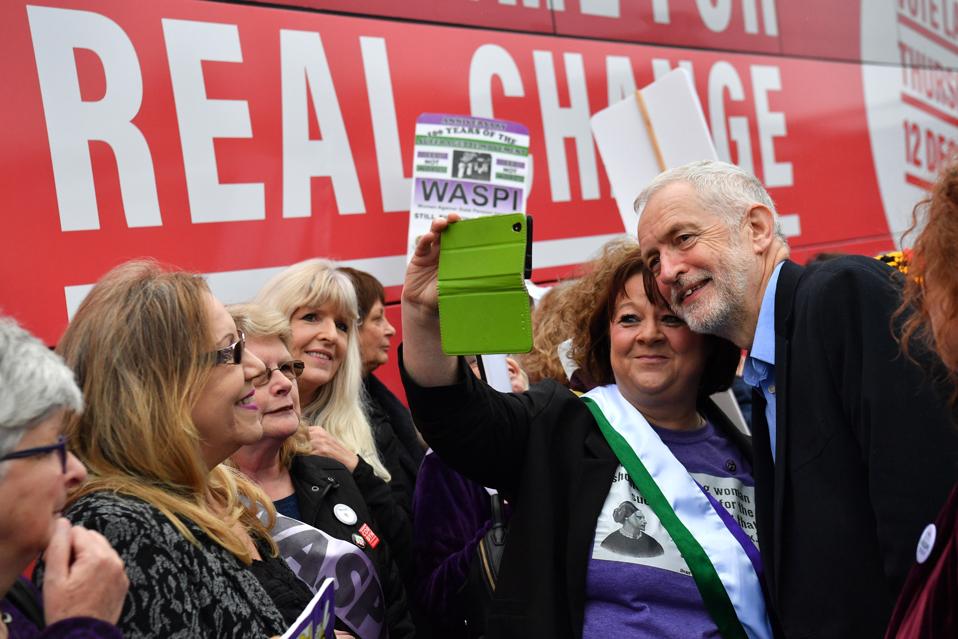 In 1983, facing the pending depletion of the Social Security Trust Fund, Congress boosted the age at which future recipients would be eligible for full Social Security benefits. Those aged 45 at the time would see a two-month increase, to 65 years and 2 months, and each subsequent year of birth resulted in an additional 2 month increase. Those aged 29 to 40 would see a full year increase. Then, in two-month increments, the full retirement age increased again so that the youngest workers, who had barely even entered the workforce, at age 23 at the time of enactment, would be faced with the full increase to age 67.

In other words, Congress’s approach to increasing the retirement age was about as gradual as you can get.

As it happens, the UK has also increased their retirement age. The particulars of it make for a somewhat long story, so please bear with me, but in the end it is a bit of an illustration of just how difficult these reforms are.

The story starts with the 1940 Old Age and Widows Pensions Act. (See “The Pensions Bill: Social Security Aspects,” a House of Commons research paper from 1995, for more details than you can shake a stick at.) Up to this point, the Old Age Pension (the UK’s equivalent of Social Security) had been paid beginning at age 65 for both men and women, since the inception of the program in 1925. But in 1940, the age for women was reduced from age 65 to age 60, with three rationales: first, this would be cheaper than a broad enhancement; second, the “second shift” of household responsibilities left women more “tired” than men; and third, due to the age disparity between typical spouses, a younger retirement age would enable women to qualify for pensions at the same time as their husbands.

(It’s not unusual for a state pension system to have these differentiated ages; regular readers will recall that back in 2018, an Argentine man declared himself to be female in order to retire earlier, and in the United States, women on average retire younger than men, even though they face reduced benefits.)

In addition to more general pressure to reduce this generous and unequal benefit, the UK faced mid-80s European Union directives mandating equal treatment between men and women. Although there were exceptions carving out different treatment in state pensions (and, in fact, in the research paper, a table of pension ages shows that differentiated ages were very common), “The exception for the difference in pensionable age was considered to be a temporary, in order to enable States to adapt their pension system progressively without disrupting their complex financial equilibrium,” and in the early 90s, the government set about to find a solution, which produced the 1995 legislation, in which

And, finally, in 2011, these phase-in ages were accelerated, for both men and women.

Women born in 1954, age 41 in 1995 and slated for age 64 retirement, had their retirement age increased to age 66, with enactment when they were 53. At the same time, age-53 men, who were expecting that only those 6 years younger would be effected by the retirement age boost, were shifted to an age 66 retirement.

(Thanks to RightsInfo.org for the direct links to the legislation.)

Were these changes fair?

The group Women Against State Pension Inequality says no. (Whether it’s reasonable for them to say they’re fighting “inequality” when they’re really fighting a benefits-equalizing law, is another story.) They claim that women were not notified of these changes, or were given insufficient notice, and that, in some cases, women accepted early retirement offers with their employers without knowing they’d be unable to retire at age 60 as anticipated. They object that plans to retire alongside their husbands have been upended, and that women who have left their jobs intentionally or are involuntarily unemployed are obliged to deplete their savings or “are enduring humiliating tests/competitions” to qualify for unemployment benefits. And they complain that “The job market isn’t ready to accept older women – many women are forced to accept zero hours, temporary and low paid contracts, which offer no financial security.”

Are these complaints reasonable? To an American eye, where the notion of extra-early retirement benefits for women seems alien, it all sounds a lot like whining, but they do make the case that the oldest women at the time of the change, those born in the 1950s, came of age when women were still expected to be housewives and were thus particularly disadvantaged by this shift.

But what does this have to do with the upcoming election in the UK?

The Labor Party has made a campaign promise to the Waspi group:

“Labour’s Angela Rayner told BBC News: “The government failed the women who were born in the 1950s. They stole their pension.”

Boris Johnson’s Conservatives have made no such promise. The Guardian quotes Johnson:

And Norma Cohen, writing at Prospect, calls the Labour promise “an unaffordable giveaway to a group that does not need it” because retirees, in general, are not in particularly dire financial straits. She cites surveys showing that 75% of affected women knew about the increases, and quotes a pensions expert:

“John Ralfe, an independent pensions consultant who has long been critical of Waspi and BT60 demands for compensation—and of the Labour Party’s previously vague support for it—describes the new package unveiled last week as “regressive.” That is, too much goes to those who clearly do not need it. The one group deserving of a roll back are those affected by 2011 legislation which gave a very short period of notice for a one year rise in SPA, going to both men and women, he said. Labour, however, is not proposing to compensate men for the sudden rise, a move Ralfe speculates could give rise to legal claims of gender discrimination by men.

“How, then, should Labour’s new pension policy be interpreted? It offers cash to those who demonstrate no clear need of it and who are, in most cases, capable of earning it on their own. One way to look at this promise is that it is in line with the habitual posturing that comes before a national election, in which political parties promise generous goody-bags to groups whose support they seek regardless of whether it is good or affordable policymaking. In a difficult election year, it is difficult to come up with a more coherent explanation.”

All of which is an illustration of the fact that Social Security reform is not easy — and that’s all the more true when politicians make vote-getting promises to spend more money, and that’s true every bit as much in the US as in the UK.