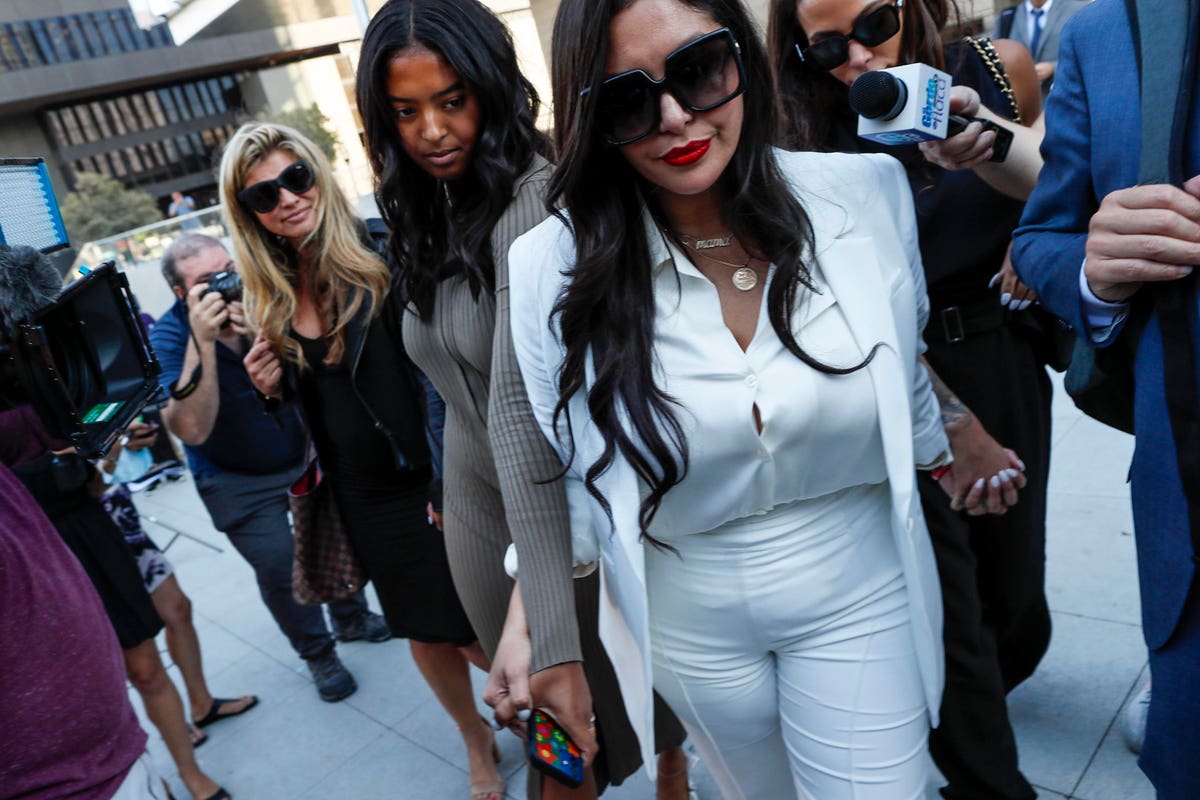 The IRS gets a piece of most lawsuit recoveries, but how taxes play out on this one might surprise you. A Los Angeles jury found LA County liable for negligence and invasion of privacy, awarding Kobe Bryant’s widow $16 million and $15 million to Chris Chester, whose wife and daughter Peyton were also killed.

The basis of the suit was that emergency responders took and shared grisly photos of the bodies, even though the photos were never made more generally available to the public. Ms. Bryant accused LA County of negligence and “violating her constitutional right to privacy.” The suit asked for $75M for emotional distress from the photos. But there was no argument that the photos made the plaintiffs physically sick or caused them post traumatic stress disorder. That makes the verdict taxable, but is that after legal fees are subtracted, or before?

The $16M payment will be taxed as ordinary income to Vanessa Bryant, which means 37% goes to federal tax and 13.3% to California tax. That cuts the payment in half. And even though Bryant is likely paying her lawyers 40% or so of what she collects, the gross amount of $16M is income. If she pays $6.4M in legal fees and so nets $9.6M, the tax law still says that the full $16M is taxable to Bryant, even if the defendants pay the lawyers directly. If she nets $9.6M but pays tax on the full $16M, she could end up netting about $1.6M after taxes. Collecting 10% of the verdict after legal fees and after taxes is harsh, and much of the problem is how legal fees are treated under the current tax code, discussed below.

Under the tax code, damages for personal physical injuries or physical sickness are tax free. But damages for emotional injuries are taxable, so if you sue for intentional infliction of emotional distress, your recovery is taxed. Physical symptoms of emotional distress (like headaches and stomach aches) are taxed, but physical injuries and sickness are not. The rules involve chicken or egg issues with many judgment calls, and what constitutes personal physical injuries or sickness is not defined. The interactions between physical and emotional injuries and sicknesses are starting to be explored, and some plaintiffs in employment suits have had settlements classified as tax-free. In one case, stress at work produced a heart attack. In another, stressful conditions exacerbated the worker’s pre-existing multiple sclerosis, which was clearly a nontaxable physical sickness recovery. Damages for PTSD may also qualify.

In taxable settlements, the tax treatment of legal fees presents a problem. Since 2018, many plaintiffs are taxed on their gross recoveries, not merely on their net after legal fees. Some call it a new tax on legal settlements. Being creative is needed and checklists of ways to deduct legal fees can help.

Why worry about deducting legal fees in the first place? Most plaintiffs would rather have the lawyer paid separately and avoid the need for the deduction, but it is not that simple. If the lawyer is entitled to 40%, the plaintiff generally will receive only the net recovery after the fees. But under Commissioner v. Banks, 543 U.S. 426 (2005), if you are a plaintiff with a contingent fee lawyer, the IRS treats you as receiving 100% of the money, even if the defendant pays your lawyer directly. It’s just one of many odd rules about how legal settlements are taxed. This harsh tax rule usually means plaintiffs must figure a way to deduct their 40% fee. It’s easy in employment and whistleblower cases, but in many cases, there no deduction for legal fees. Some plaintiffs pay tax on monies their attorney collects, even though the attorney must also pay tax on the same money. Plaintiffs need to be creative to try to deduct their legal fees under a 2018 tax law just to get back to even. Bryant can argue that she should be able to deduct her legal fees since her case involved claims for a violation of civil rights, since she accused LA County of “violating her constitutional right to privacy.” That seems like a good argument, but the tax law isn’t crystal clear.

How about a gift to charity? The Los Angeles Times reported that Vanessa Bryant would donate the $16 million verdict to the sports nonprofit that she and Kobe founded, the Mamba and Mambacita Sports Foundation. The charity provides funding and sports programming for young athletes in underserved communities, according to its website. Surely giving all the money to charity means no tax, right? Not always, as even that has a surprising tax result. You might assume that she would come out OK tax-wise if she received the $9.6M after fees and then handed over the full $9.6 million to charity. But there are annual limitations on deductions for charitable contributions—usually 60% of adjusted gross income.

That means even donating all the net money to charity may not eliminate all the tax, depending on how much other income the person making the donation has that year. Donations to charity are tax deductible, of course. But they are subject to limitations depending on the nature of the property being donated, and the tax status of the donee organization. There are carry-overs of unused tax deductions to future years, but carryovers don’t help you in the current year. Giving away all the case proceeds but still having to pay tax on some of it can be a gotcha.