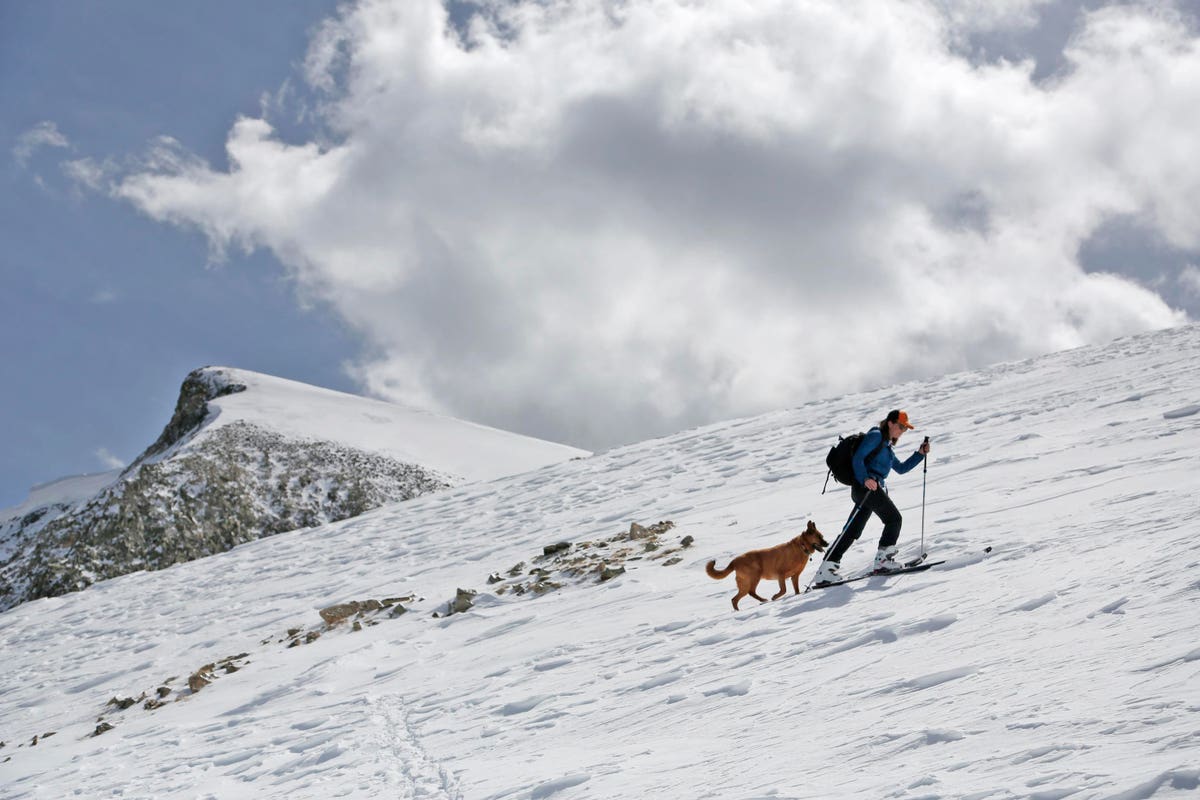 Among the many iterations of extreme winter sports is uphill skiing. Not exactly new, the so-called sport of skinning has been practiced by hearty ski mountaineers for ages yet is relatively young as an industry.

In theory, it’s simple. Get yourself up to the top of a hill under your own steam, then ski back down. The appeal to extreme skiers is multifaceted: access to areas that might normally be too remote, unspoiled terrain and an amazing, heart-pounding workout.

While the sport can be done pretty much anywhere there is the will, snow and a mountain, areas of the western United States. popular with extreme winter sports enthusiasts have heard the call of skinning fans and developed accommodating guidelines.

In Colorado, for example, the first 200 registrants will be able to participate this March in America’s Uphill, a race at the Aspen Mountain ski area. Not ready for prime time? Nearby Buttermilk offers daylong clinics to build skills.

For those with a taste for luxury, après-skinning accommodations are plentiful in Snowmass Village. At the 21-residence Aura, a four-bedroom, four-bathroom slope-side condo currently for sale offers 2,150 square feet of contemporary living space. Walls of glass bring in views of the ski slopes and the forested mountains.

Also rolling out the welcome mat for skinning is Whitefish, Montana. A pass or day ticket is required, as well as signing a waiver, at Whitefish Mountain Resort. Check out its policy for where and when skinning is permitted.

Area housing gems include a fully remodeled single-family home priced at about US $2 million. The National Parks Realty listing offers five bedrooms within its 3,675 square feet.

Heavenly Lake Tahoe permits off-hours skinning. The same rules for other non-lift access sports, such as snowshoeing, apply. Check with other area resorts along the California-Nevada border for their specifics.

Among second or primary home options is a single-family house of just under 2,000 square feet. The price of the four-bedroom property in Tahoe City, California, is about US $1.65 million. Tahoe Mountain Realty has the listing.

27 Best Valentine’s Day Gifts For The Home In 2023
Glacier-Surrounded Hunting Lodge Carries On A 100-Year Tradition In New Zealand
5 Ways the SECURE Act 2.0 Can Boost Your Retirement Savings
SECURE 2.0 Glitch Appears To Remove Your Ability To Make Retirement Catch-Up Contributions In 2024
Suze Orman: Americans are short on emergency savings amid ‘dangerous scenario’ for economy