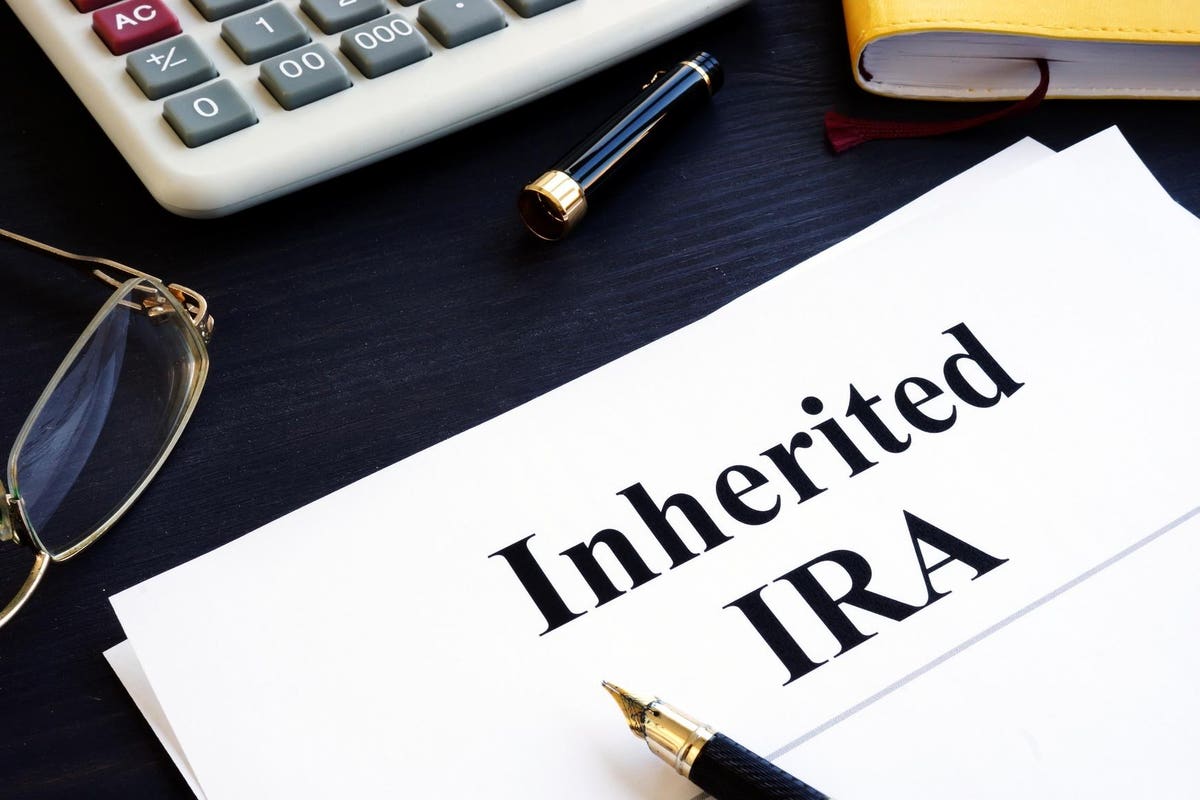 If you have never inherited an IRA, you might be surprised at how complex life can be for you unless you have a handle on the rules of the road. While an IRA is an easy asset to inherit because it bypasses the probate process, trouble lurks beneath the surface is you are not savvy about what you need to know.

What sort of complexity am I referring to? For one, the regulatory landscape is ever-changing. The SECURE (Setting Every Community Up for Retirement Enhancement) Act went into effect in 2020. Proposed IRS rules related to the SECURE Act will soon be finalized. Additional legislation (SECURE 2.0) will add more complexity starting in 2023. (The President signed Secure Act 2.0 into law last night, December 29, 2022.)

Further, outcomes depend on circumstances. The age of the owner when he or she died is one factor. Another is the type of retirement account, whether it’s a traditional tax-deferred vehicle or Roth type of account, and whether it’s a company plan such as a 401(k) or an individual plan such as an IRA or SEP or SIMPLE. The type of beneficiary, whether a person, trust or charity, adds another layer of complexity. The relationship of the owner to the beneficiary is another factor. That is, there are different rules for spouses, children over and under age 21, a beneficiary who is disabled, and so on.

If a company plan is involved, the plan could have restrictions that add even more questions; for example, a 401(k) plan can require RMDs at age 72 even if the 401(k) participant is still working. If an IRA is involved, there is no “still working” exception for an RMD. And, I’ll throw in just one more: the IRA rules that allow qualified charitable distributions (QCDs) don’t apply to 401(k)s.

The bottom line is that an IRA owner (or retirement plan participant) might want to warn his or her beneficiaries about the need to be informed. Further, they should know that general rules may not be helpful in their particular situations. General guidance only goes so far. Tell your beneficiary: “You need to involve a tax expert before taking action, since your taxes are unique to you.” Yet another complication. Each situation is different.

Two sets of experts offered their perspectives on inherited IRAs: Fidelity Investments and Mark Luscombe, principal analyst at Wolters Kluwer Tax & Accounting. Wolters Kluwer is one of the world’s largest providers of tax and accounting software and publications. Fidelity is a multinational financial services corporation.

For the first two examples, we assume Eve’s father was 50 years old when he died.

Now, let’s assume Eve’s father was 80 when he died. Would the answers be any different? No for the Roth; yes for the traditional IRA.

Roth IRA. The Roth IRA withdrawal rules don’t vary based on the age the Roth IRA owner passed away. The traditional IRA RMDs for the beneficiary will depend on the age of the owner.

Traditional IRA. Assume Eve’s father died at the age of 80. Eve does have to take yearly RMDs (based on her life expectancy), and she does have to empty the account by Dec. 31 of the year that contains the 10th anniversary of her father’s death.

Do these answers change if the father’s death occurred in 2020 vs 2021 vs 2022? Not normally. However, the IRS waived penalties for inheritors’ failing to take annual RMDs in 2020 and 2021. This resulted from confusion under the SECURE Act about whether yearly RMDs were required for inherited IRAs for which the original IRA owner had been taking RMDs before death.

As a result, some beneficiaries did not take RMDs from inherited IRAs in 2020 and 2021 (not 2022). The IRS, in Notice 2022-53, waived penalties for failure to take RMDs from inherited IRAs in those years. If Eve did not take her RMDs in 2021, the year after her father’s death, she would not be subject to penalties for failure to do so. In the year of death, her father had to take his own RMD from his traditional IRA; if he died before doing so, Eve would have had responsibility to make sure that final year of death owner’s RMD was taken in 2020.

Caution: Consult With Your Tax Adviser

Again, before taking any action, be sure to check with your tax adviser. Taxes are specific to each person’s situation, as are RMDs from retirement accounts. Also, you’ll want to confer with your tax adviser about the various provisions in SECURE 2.0 and how that will affect you.

Fidelity offers a number of resources in its Fidelity Learning Center, where you can search by topic.

The Wolters Kluwer website has a section on expert insights. There also is the 401(k) Answer Book, which “covers all aspects of plan design and administration, as well as the relationships of 401(k) plans with other types of retirement plans.”

To keep up with topics that I cover, be sure to follow me on the forbes.com site (and if you would like to subscribe, check out the red box at the top right). Write to me at forbes@juliejason.com. Include your city and state, and mention that you are a forbes.com reader. While all questions cannot be answered, each email is read and reviewed and can lead to discussion in a future post.

This Is How To Save Social Security And Medicare
State Experimentation With Wealth Taxes.
Fair Tax Act Of 2023 Has Rate That Varies
McDonald’s is about to report earnings. Here’s what to expect
AMD beats on sales and profit but warns of a 10% revenue decline in Q1