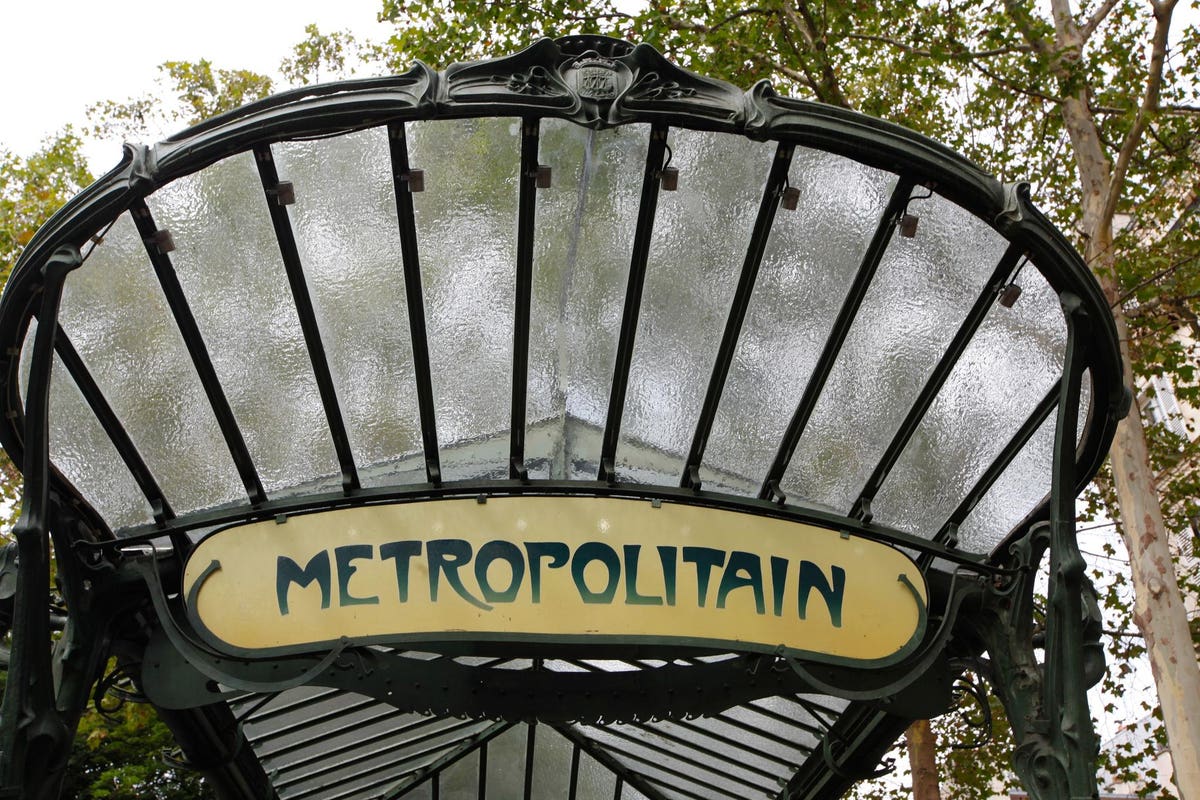 Every style comes back sooner or later, they say, and this may well be the year we reawaken our passion for the early-20th century style called Art Nouveau. Popular between 1890 and 1910 during the Belle Epoque period, the short-lived style quickly became wildly popular as a reaction the academic art, eclecticism and historicism of 19th century architecture and decoration. It was often inspired by natural forms such as the sinuous curves of plants and flowers, and became a dominant force in architecture, painting, sculpture, jewelry, furniture, typography and other design of every kind. Its undulating lines, swirling excesses and propulsive forms could be found everywhere; its signature whiplash shape was appealing because it was blatantly sexy and even a bit vulgar. The novel aesthetic of Art Nouveau wrapped modernism in the garb of pleasure, instead of in the hair shirt of social obligation and moral uplift.

Implicitly antiestablishment and insinuatingly revolutionary, Art Nouveau was the essential expression of the period’s uncertainly about a new century. Its first houses were those Victor Horta designed in Brussels, Belgium; later style exemplars included Catalan architect Antoni Gaudi, the kinky black-and-white drawings of British author and illustrator Aubrey Beardsley, the glassware of American Louis Comfort Tiffany, the Austrian bentwood furniture of the Thonet brothers and the radical white-on-white interiors of the Scottish couple Charles Rennie Macintosh and Margaret Macdonald Macintosh.

The demise of the style was spurred by a reactionary resurgence of Classicism.

The antiestablishment quality of Art Nouveau made it a natural for the style’s first revival during the countercultural 1960s. Its rhythmic, sinuous lines were adopted for poster and album cover art of the psychedelic age, as well as for such products as the wrappers of rolling papers. Art Nouveau-like designs had already returned with the flower patterns popular in fabrics at the time. 1960s graphic designers saw these seductive styles as the key to a new psychedelic vision.

It’s easy to see why. Flowers, curves, peacocks, updates of Art Nouveau images from the past (including skeletons and roses)—dialed up with “eye-vibrating” colors—made the perfect visual accompaniment for the acid-flavored Romanticism that took root during the Vietnam era. Even the fonts were poached from turn-of-the-century graphic art. Art Nouveau became the house style for the counterculture of the mid 20th century.

Today, Art Nouveau appears to be making another comeback, heralded by a series of museum exhibitions and books. Among them is Hector Guimard: How Paris Got Its Curves, an exhibit at the Cooper Hewitt, Smithsonian Design Museum in New York City from November, 2022 to May 31, 2023; and then the Richard H. Driehaus Museum, Chicago, June 22, 2023 to January 7, 2024. It is a celebration of France’s most famous art nouveau architect, Hector Guimard, who is perhaps best known for his iconic Paris Métro entrances.

Interestingly enough, New York’s Museum of Modern Art decided in 1958 to permanently install one of Guimard’s cast-iron Paris Métro entrances of circa 1900 in its Abby Aldrich Rockefeller Sculpture Garden, where the patinated metalwork of its sinuous vegetal forms harmonize perfectly with nearby sculpture by Rodin, Matisse and Picasso. It, no doubt, presaged the worldwide Art Nouveau revival craze that was about to begin. Maybe it even helped to spur it.

But whether Art Nouveau is out of style or not, we never quite get enough of those sexy lines that speak of constant movement, uncertain boundaries and inevitable change. These are elements we recognize and respond to.

And that may be Art Nouveau’s most compelling characteristic: more than other styles, it reflects the human condition at its most seductive, inevitable and fragile best.